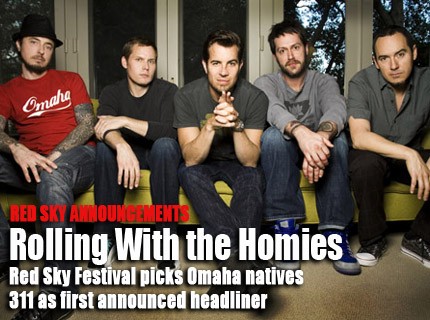 Here you have it, dear readers: Skyline is the worst film I’ve seen in 2010.

Directed by a pair of special-effects gurus who call themselves The Brothers Strause (siblings Colin and Greg), the movie is more or less what you’d expect from guys who’ve worked their way up the ladder making computer explosions and a handful of Nickelback videos. From its evasive publicity campaign, one expects Skyline to be something like a remake of 1996’s Independence Day . But it’s so much less than that.

It’d be rude to run you through the details, so we’ll keep this brief. Skyline is about an alien invasion.

That may be a played out storyline, but how on earth do you make it boring? Skyline does it primarily by putting every ounce of talent and energy into effects and by delivering some shockingly feeble characters. It stars Eric Balfour as the long-faced Jarrod, and Scottie Thompsen as Elaine, his girlfriend, which is literally the most eloquent way to describe her. The guy from “Scrubs” (Donald Faison) plays Jarrod’s old friend Terry. He lives with a woman named Candice (Brittany Daniel). Terry could best be described as Skyline’s token black character, while Candice is much like Elaine, only moodier and with a different hair color. The shining light of the cast is David Zayas as Oliver. Not because he’s particularly good (in fact, he’s particularly bad) but because he’s a “Dexter” cast member and, as such, is a pleasantly familiar face.

The only good thing one could possibly say about this movie is that it’s visually impressive, which is actually arguable. And besides, isn’t that just the polite thing for a movie made by owners of a special effects company? Everything else, dialogue, acting, editing and especially the above-mentioned characters are amazingly bad and not in a fun, Roger Corman kind of way. This is the Sistine Chapel of lousy, money-grubbing movies.

To paraphrase critic-turned-filmmaker François Truffaut, criticizing a film amounts to criticizing a man. It’s a notion that, like it or not, becomes clear when trying to apply even the smallest amount of mental weight to Skyline . The Strause boys and writers Joshua Cordes and Liam O’Donnell don’t deserve all the blame—just almost all the blame. After all, this big, dumb, loud movie could only have been made by people who consider its audience equally offensive.