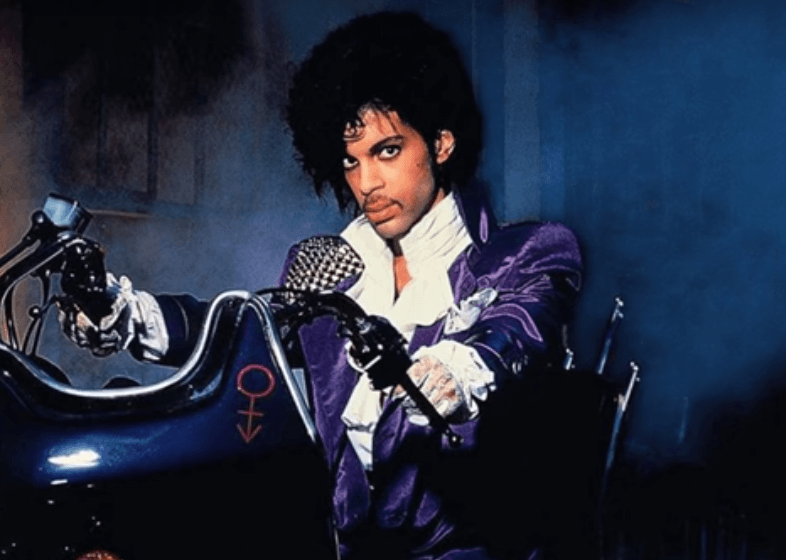 For us devotees of Saint Lin-Manuel Miranda, who proudly identify as “Hamilton Trash,” our lives are sharply cut in twain, split simply into “before I heard the musical” and “after.” Prior to my “Hamilton” awakening, I generally regarded musicals to be the equivalent of internet cat videos: Sure, I vaguely understood the cute and pleasant appeal … but ain’t nobody got time to watch Whiskers the Chunky, Fuzzy Asshole knock a TV remote off the coffee table for two hours. But everything changed the day I spun all the tracks on Miranda’s modern-day masterwork.

On a grand level, it redefined art for me, not just musicals. It reduced me to tears of awe. It felt like peering behind a great veil to see the unknowable. My exuberance overfloweth, as I became an evangelist of the most obnoxious kind. “Oh, so you like musicals now. That’s new,” said my friend, who did very much intend on sounding like a dick about it. The truth is, I don’t know. I don’t know if “Hamilton” was an awakening that will force me to revisit my previous position or a one-time love affair I’ll cherish until the grave.

But in revisiting my opinions, I decided to compile a working list of movie musicals that I consider to be my favorite. So here it is: The top 10 movie musicals as seen by a movie guy who isn’t sure he likes musicals…

Let’s get this straight, or at least as straight as you can with Prince, who defied such binary thinking: Purple Rain is an exceptionally poor movie. The acting is terrible, it has almost no discernable plot and it’s one of those “musicals about music.” But if you can find a way to keep a movie with “When Doves Cry,” “Let’s Go Crazy,” “Darling Nikki” and the title track off a top 10 movie musical list, you may have two working ears, but you have no heart. Prince’s recent, goddamn awful, passing has sent scores of fans back to revisit this classic. Endure its flaws and love its raw, fiery musical heart.

Can you physically dislike this movie? Are you legally able to resist the siren call of “Time Warp?” Is it possible to resist the gender-bending, campy goof shoveled out oodle after oodle? If you can, chances are you just ran for and lost a bid for the GOP presidential nomination, as you have to lack a sense of humor, self-awareness and a basic appreciation for life itself. I’m already dreading the impending remake and have only endured (yes, I said endured) a handful of live, interactive midnight showings. But when you invent live, interactive midnight showings, you make a top 10 list of movie musicals.

Ask me what I remember most about the first time watching this and I’ll tell you it’s either watching Judas hang himself or the chubby King Herod challenge Jesus to “walk across my swimming pool.” A psychedelic rock-and-roll take on the New Testament fueled by the 1970s simply had to produce something insanely watchable, right? I realize that people will argue that there are better Andrew Lloyd Webber musicals. I can’t argue with them. Oh, not because I don’t want to, but because I don’t like getting into arguments where I’m not at least passably knowledgeable. I call it the “don’t engage in a critical discussion if you’re working from background concepts that can be contained in an infographic” rule. Regardless if there’s better Webber, this flick turned my whine into facewater.

If you know me, you know the only question was which Muppets movie would wind up on this list and how high. An annual tradition, watching Kermit and the gang sniffle and flail through this fuzzy take on the Dickens classic works for me every time. Hell, this may even be one of my favorite Michael Caine roles, as this was Michael Caine before Michael Caine was just doing a Michael Caine impression. If you can think of a better Christmas musical, you’re wrong, because yours doesn’t have a song performed by Dr. Teeth and the Electric Mayhem.

I mean, come on, right? Sure, this is obviously a movie in which either a Time Lord from Gallifrey escaped The Doctor’s sight and was a nanny briefly or a hummable PSA for why drugs are bad (“A Spoonful of Sugar” isn’t about heroin at all, we swear). Still, other than the fact that “Feed the Birds” is the music that they play as you pass over the river Styx, you have to admit that few musicals have ever been as memorable from the first song to the last, which is called “Let’s Go Fly a Kite,” and I still love it anyway. Also, Lin-Manuel Miranda is going to be in the sequel to this one, so I’m obligated to proclaim my devotion.

For better or for worse (mostly better, but the worse is really, really worse), This Is Spinal Tap! birthed the mockumentary, a genre so ubiquitous, it no longer gets a red squiggly line under it via spellcheck. What people seem to forget is, much like later works from parts of this ensemble (like A Mighty Wind), it’s also just a fun musical. Skewering brash British rock while making some really great trashy brash British rock, this is the moment director Rob Reiner went from being “Meathead” to someone to be truly respected. Related: I call him “Meathead” again ever since he directed The Bucket List.

It feels dumb to even justify this one. From its synch-ability with Floyd’s Dark Side of the Moon to the rumors about munchkin suicides (which I choose to morbidly believe, so Snopes.com can Snopes.suck.it), this was a pop culture nuclear warhead, the radioactive impact of which is still felt today. Hell, it’s such a good musical, it spawned an imitation musical (“The Wiz”) that’s a good musical. As one of the bright lines in cinematic history, the film isn’t just high on my list because it’s important. Every member of my family still gets misty eyed thinking about Grandpa whenever we hear “Somewhere Over the Rainbow.” This isn’t a movie. This isn’t a musical. This is something more.

I was so prepared to hate Baz Lurhmann’s Moulin Rouge. I had no love for Nicole Kidman, found Romeo + Juliet to be way too smug and found the general, loosey-goosey/lovey-dovey plot to be crap. And then I saw it. From Ewan McGregor’s warbly take on “Your Song,” to the frantic/kinetic pacing, to the use of “Roxanne” as a tango, Moulin Rouge is a pure, distilled example of…everything I usually hate about movie musicals. That is to say, most musicals start on the stage. The songs, then, help serve a functional purpose: They use catchy tunes to express what can’t visually be shown. I call these the “I’m going to New York” songs in that they tell you what a character is going to do because it’s too difficult structurally to actually just show them doing that. Moulin Rouge ignored all of that, using every track to underscore emotion, demonstrate visual vibrance or just dazzle with spectacle. If more movie musicals understood the dynamic, and not overly functional, potential of cinematic songs, maybe the genre and I would get along better.

I remember feeling like crying throughout the entirety of Once without ever being able to explain precisely why. Maybe it was the way Glen Hansard’s voice buckled and bent sometimes. Maybe it was how Markéta Irglová refused to be the “Manic Pixie Dream Girl” she was quite obviously originally conceived as. Maybe it was how they left so much unsaid or unexplained about the love developing and just showed our eyes and filled our ears with the feeling. I know there’s a Broadway version now. I’ll see it at some point. But listening to Hansard wail louder and louder on “When Your Mind’s Made Up” scarred my heart deep enough to never need another version, stage or otherwise. Everything about Once is, appropriately, such a singular experience.

Ugh, yet another musical about a transsexual punk who had a botched sex change operation, leaving a fragmented “angry inch” of male genitalia, who then had all her beautiful songs stolen by the love of her life, who got famous with them. Hedwig wrecked (still wrecks) me. If you can make it through “The Origin of Love” without crying, I’m sorry no one ever has or will love you. It’s not every movie musical whose central conceit of love is derived from Aristophanes’ speech in Plato’s Symposium. And if you didn’t figure that would put it at the top of my list, you apparently have no idea just how lame I am. The core of the film would be considered progressive today with the way it handles drag, transsexuality and gender-free love. The fact that it did so all those years ago, before politicians were taking such “brave stands” against who can use which bathroom is just further evidence of how groundbreaking and brilliant this masterpiece remains.