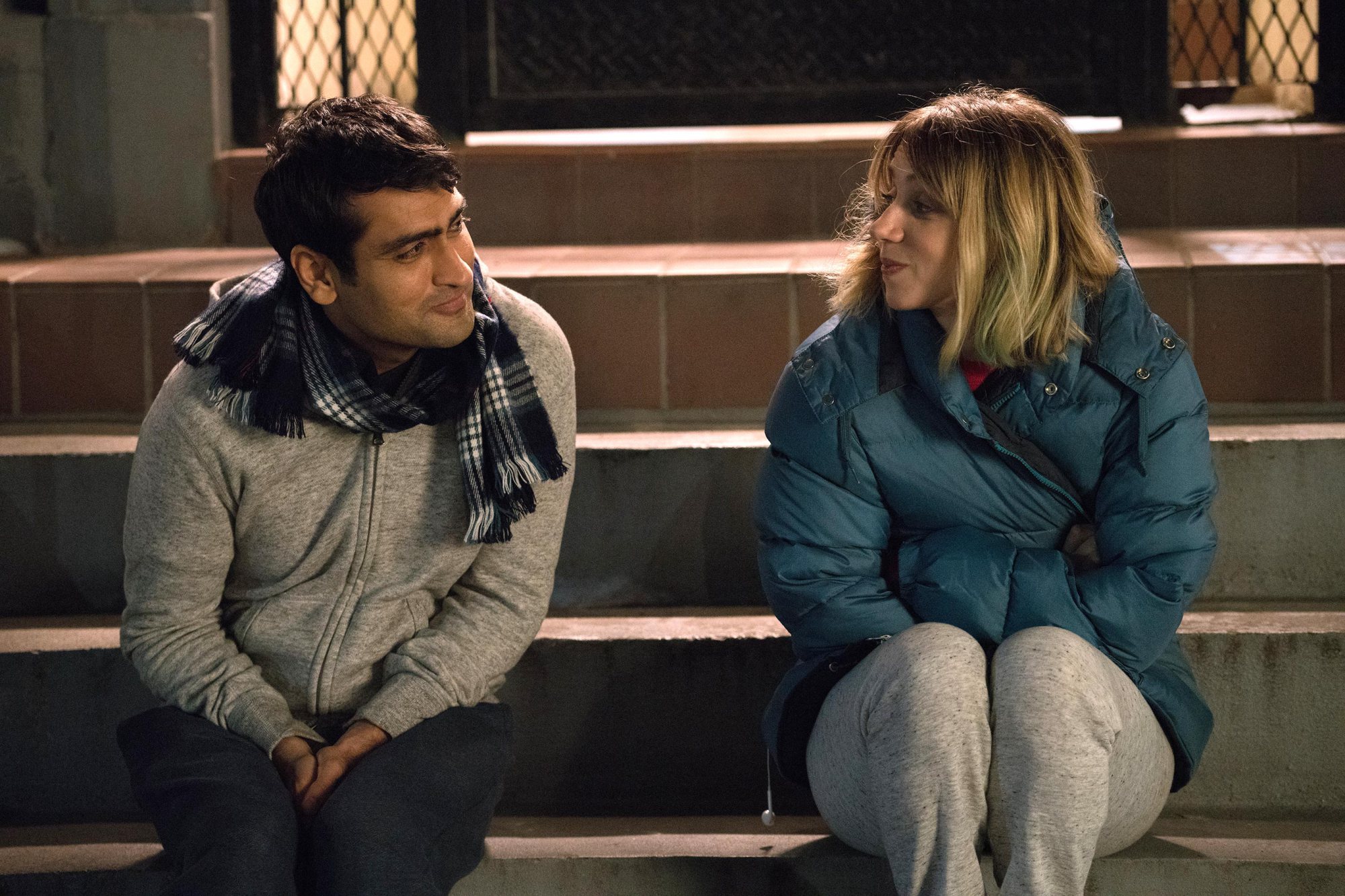 A near-explicit hatred of catering to non-dudebros, combined with an increase in the acrid cynicism that allowed a hate-filled circus peanut to grossly oligarch his way to the presidency, has nearly killed the romantic comedy. A genre known for warm, cuddly feels seems to have no place in our garbage reality. The Big Sick is an optimistic, big-hearted reminder that the antidote to apathy and anger usually begins with a small kindness. By no means a perfect film, this often clunky and clumsy charmer is a love letter to our commonality; it is simultaneously an intimate story of romance and a mass-appeal to remember that we are all defined by variations on the same few themes.

The Big Sick is the (mostly) true tale of the courtship between comedian/actor Kumail Nanjiani and his real-life wife, Emily V. Gordon. Kumail, who plays himself, meet-cutes Emily (Zoe Kazan) after he finishes a stand-up set during which she semi-heckled him. Resisting that siren song of romantic-comedy, the music-backed montage, the film brings their budding, months-long relationship to full bloom just in time to pluck it with a genuinely substantive fight: Emily discovers that Kumail hasn’t told his family about her.

This is because Kumail’s parents, played by scene-stealers Zenobia Shroff and Anupam Kher, are insistent that he has an arranged marriage. Determined to preserve their devoutly religious Pakistani culture here in America, the family threatens exile should Kumail dare to marry a white lady. Shortly after Emily breaks things off, she develops an illness that would be considered too narratively convenient if it wasn’t what actually happened in real life. Kumail finds himself waiting in a hospital with Emily’s folks, played by scene-stealer Holly Hunter and also-present Ray Romano. What unfolds is a sweet but sometimes wobbly exploration of the awkward nature of love, both romantic and familial. To be clear, that’s romantic love and familial love as two separate things. It’s not that kind of Big Sick.

The flaws in the film are likely owed to a combination of Gordon and Nanjiani’s screenplay inexperience and their impossible closeness to the subject matter. The supporting cast of Kumail’s stand-up amigos, Bo Burnham, Aidy Bryant and Kurt Braunohler, should have been condensed to one character (played by Bryant, who is easily the funniest) to allow for more meaningful screen time. Emily’s post-coma revelation that she couldn’t cope with being responsible for Kumail losing his family should have been bumped up pre-intubation to make clear the depth of her compassion. And the four different reconciliation scenes between the couple should have been two at most.

But all that is largely forgivable, considering the inability to make these clinical cinematic decisions likely stems from the authentic nature of the story, which is also where the film draws its strength. It overflows with genuineness, most notably in scenes with Nanjiani and both sets of parents. From its important core as the tale of an immigrant in an interracial relationship to the way it will make parents weep about kids and kids sniffle about parents, The Big Sick is just damn sweet. And damn sweet is much needed right now.