Home » Film » All the President’s Meh 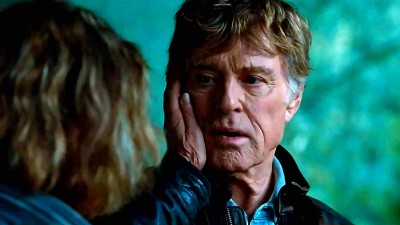 Although he may still be a panty dropper to the baby boomer set, Robert Redford looks like he needs a good nap. The bags under his eyes are scene-stealing uncredited supporting actors in The Company You Keep, a 70s-style thriller about investigative journalism that is neither thrilling nor investigatory. It can’t even sustain the indignation it clearly wants to unleash on the modern slack-tivist journalism unwilling or unable to change the world because it would require more than a tweet or two.

Redford directs and stars as Jim Grant, a former member of The Weather Underground, an aggressive activist group that raged against the Vietnam War with explosive consequences. He’s been running from the law for decades, charged with the accidental murder of a security guard. When Sharon Solarz (Susan Sarandon) turns herself in, it puts small-time journo Ben Shepard (Shia LaBeouf) on the case. This leads him to ask for help from an old girlfriend (Anna Kendrick), who has access to the main FBI agent on the case (Terrence Howard).

Defying his editor (Stanley Tucci), Ben soon identifies Jim’s brother (Chris Cooper), who is caring for his niece now that her daddy is on the lam. Jim’s former associates, Mimi Lurie (Julie Christie), Jed Lewis (Richard Jenkins), Mac Macleod (Sam Elliott) and Donal Fitzgerald (Nick Nolte) , all get sucked back into their former lives, some quite angrily. But none are grumpier than Henry Osborne (Brendan Gleeson), whose daughter (Brit Marling) may unintentionally be the key to figuring out what the hell actually happened.

If you noticed all those parentheses above, you’ve grasped the film’s strength. This cast is so staggering, it wouldn’t have been out of place to see Meryl Streep show up as the maid silently cleaning Redford’s hotel room. In the ultimate act of directorial hubris, Redford keeps the action focus squarely around his boring, loosely jowled former provocateur-turned-single-dad. Centering the film around the least interesting character is not a highly recommended decision. Whether Lem Dobbs’ script is to blame or not, something is wrong when an audience finds itself actively desiring more LaBeouf.

Marling and Sarandon give standout performances, but mostly for naught. There is a sense early on that the film was going to follow an interesting intellectual path, asking if the generation that inherited the outrage of unjust war is completely impotent. Just as it looked like Ben was going to be the piñata for Redford’s continuing displeasure at America’s lethargic social activism, he lets him off the hook, and the film devolves into a simple “whodunit” that is modestly entertaining at best.

With Aaron Sorkin’s “The Newsroom” proving that you can still tell a story about modern journalistic integrity that is vital to our cultural psyche, The Company You Keep feels like a well-acted afterthought. By no means is it unwatchable or uninteresting, it is just somewhat exhausting. Speaking of exhaustion, if anyone has a cot for ole Sundance to lay down in and some cucumbers for his eyes, we’d all be much obliged.