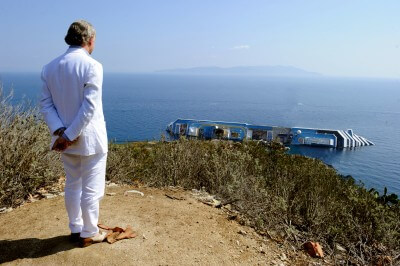 Honestly, at least half of the people who describe films as “Fellini-esque” have no idea what the hell they’re talking about. The term has become a pseudointellectual catch-all to describe flights of artistic fancy, when there is a very real and specific definition for that descriptor. As a point of reference, The Great Beauty (La Grande Bellezza) is so Fellini-esque, someone needs to pull on writer/director Paolo Sorrentino’s face to make sure it’s not zombie Federico in a mask.

The difference between homage and rip-off is all in the craftsmanship, and The Great Beauty is potent and intoxicating; its lush imagery and emotional thematic touchpoints combine to form a luminous work that is simultaneously intensely specific to the inhabitants of Rome and peppered with global resonance. Stateside, the condemnation of Italian indulgence and political passivity may whiz over some heads, but the thesis is so universal you can find it on passive-aggressive social media statuses: “My life is empty, and I feel alone.”

The person voicing those concerns here is Jep Gambardella played by Toni Servillo. The most frustrating thing about everyone comparing the partnerships of Fellini and his frequent actor collaborator Marcello Mastroianni with that of Sorrentino and Servillo is having to repeat it again because it’s just so true. Jep is a writer who squeezed out one significant novel in his twenties and has been drinking and fornicating ever since. He and his effete, increasingly elderly friends have reached a point of self-reflection. In Jep’s case, it’s brought on by the death of a former girlfriend who is revealed to have always loved him.

And that’s how it goes sometimes: one thing from the past smashes the nostalgia pinata, and suddenly you’re taking inventory of the parts that add up to the sum of your life. Through a series of increasingly somber encounters, the final one with the Cryptkeeper from “Tales from the Crypt” dressed as a nun, Jep passes a tragic judgement on himself. With elements of fantasy and dreams bleeding through the otherwise straight-forward narrative, The Great Beauty manages to encapsulate the totality of life experience in just over two hazy hours.

The film is also reminiscent of another recent work, Leos Carax’s Holy Motors; both are movies that lean heavily on a single actor, critique the medium of cinema while celebrating it and focus more on provoking emotional reactions than reasoned understanding. The Great Beauty is a bit more approachable, even if Holy Motors is quite a bit better. This is in part because, to an American audience, the intimacy of the Italian commentary feels like hearing an inside joke you “had to be there” to get. Between that and a meandering middle hour that takes Jep off course only to return him to the same emotional place, it’s not a flawless endeavor. Still, all things considered, you’d be hard pressed to find a more stunning, thoughtful, honest and stirring film than The Great Beauty.