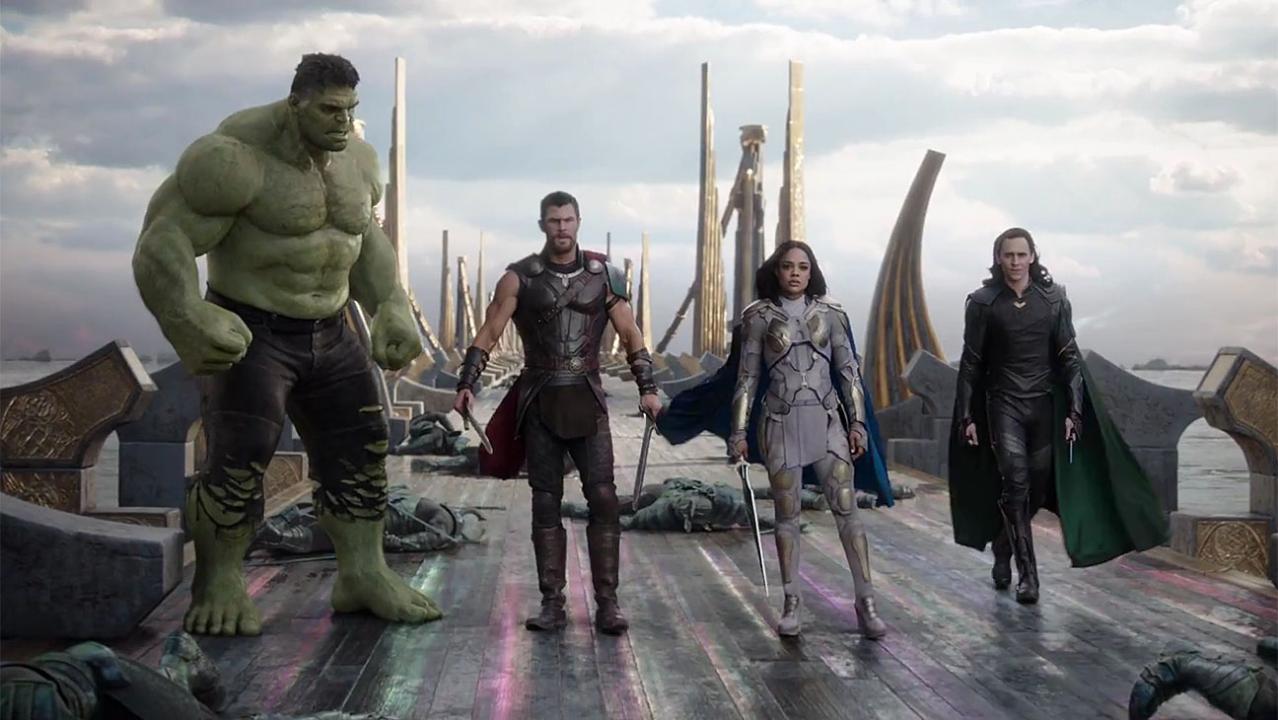 Whether or not we’ve reached the zenith of comic book movies, we have officially achieved “peak Goldblum.” Dressed as the coolest dad at the rave, Jeffy G’s deliriously goofy—presumably autobiographical—turn as the Grandmaster is but one small, perfect facet of a full-blown fantasy fandango that comprises the most entertaining film of 2017 (thus far). Director Taika Waititi has brought to life a sword-n’-sorcery scene airbrushed on the side of a creeper’s van and infused it with rich characters, copious laughter and Cate Blanchett assuming her expected final form as Queen God of the Universe. It is such stuff as (very specific) dreams are made on.

Severed from the rest of the film, the first ten minutes would still be the best Thor movie ever, but Ragnarok keeps spewing glee. Like everyone alive in 2017, Thor (Chris Hemsworth) has been having dreams about the end of the world. His have less to do with a megalomaniacal presidential pumpkin and more to do with Hela (Blanchett), the secret daughter of Odin (Anthony Hopkins). Adorned with a demonic antler rack that would make Mads Mikkelsen’s Hannibal outfits look quaint, Hela aims to use an undead Asgardian army to dominate all reality.

The most surprising thing about Ragnarok is not the relentless humor but how Waititi’s small-film sensibilities blissfully translated to a swagger-laden sci-fi spectacle. Not to demystify his process, but the magic seems to simply come from encouraging actors to explore the full range of their characters while constantly embracing everyone’s suggestions that start “Wouldn’t it be cool if…?” As he did with What We Do in the Shadows and Hunt for the Wilderpeople, Waititi again demonstrates a singular ability to empower his cast, composing a creative collective that transcends the sum of the parts.

While the visuals are full of the expected show-stopping extravagance that only Disney money can buy, the score finally seizes the long-empty throne atop Marvel movie music. It is tonal perfection that Mark Mothersbaugh, who rose to fame with Devo, chose to siphon 80s synth silliness for this shenanigans; the score is the spiritual yin to the smooth, spooky yang of the Stranger Things score.

Stuffy critics and purists can fingerwag and poo-poo all of this as mainstream nonsense, but in doing so they miss the palpable euphoria that comes from such a deliberately joyous demonstration of cinema’s capacity for play. Dismissing this is like shaming roller coaster enthusiasts; when it comes to Ragnarok, just throw your hands up, yell “Whee!” and get back in line to do it again.