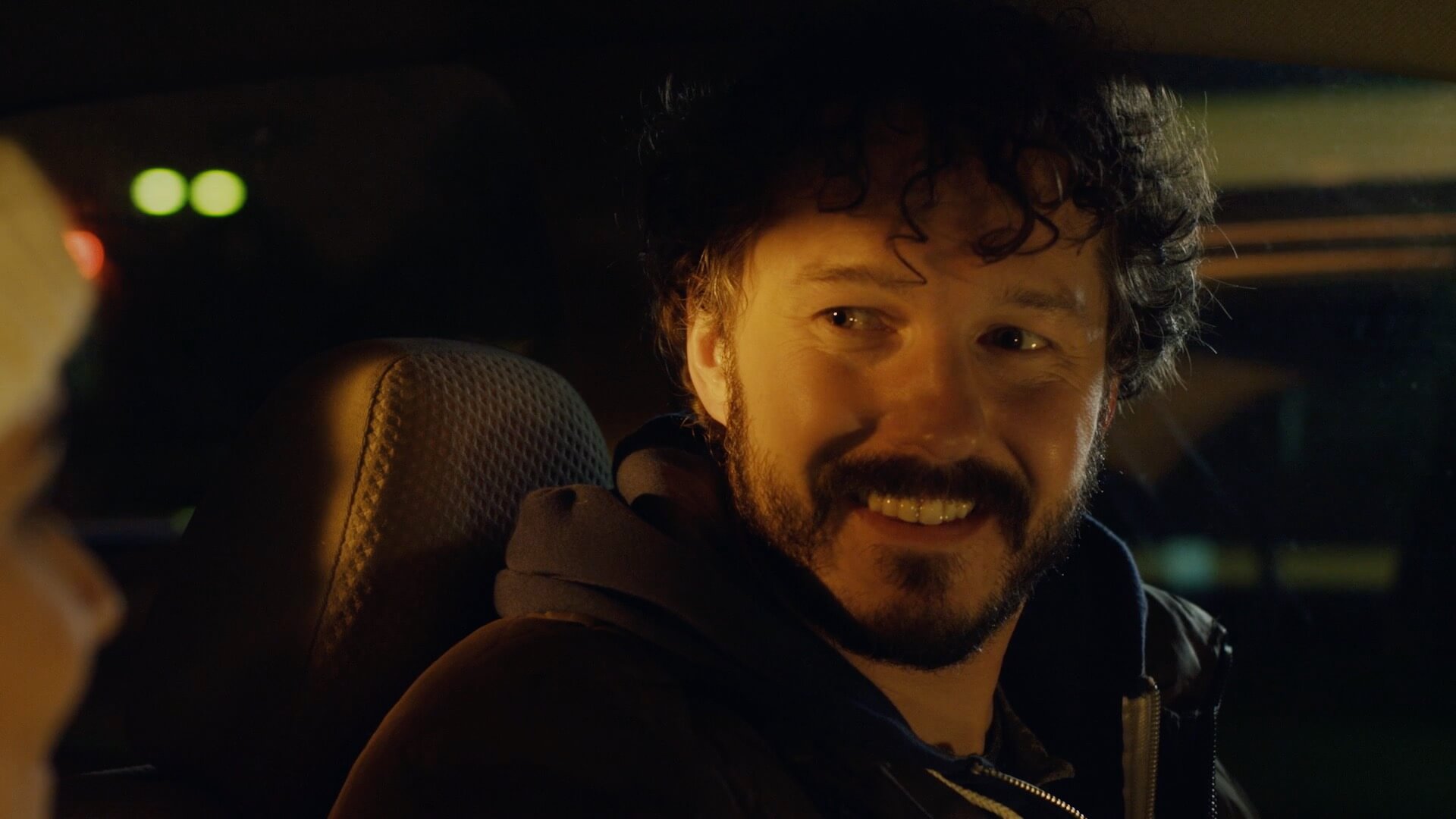 Now, he’s debuting his first feature length film called No Resolution–the same name of his solo album released on 15 Passenger earlier this year, which also serves as a soundtrack to the film–this month.

No Resolution–which was shot in entirely Chicago–follows an engaged couple, Cary and (newly pregnant) Jean, on New Year’s Eve.

Tension between the couple begins before Cary even arrives home for dinner. Cary’s mother visits Jean as she cooks dinner. Jean informs her fiance’s mom of their wedding date in late August, but immediately, Cary’s mother insists the date must be changed because she has a free cruise voucher to Turks and Caicos she must redeem that weekend. His mother leaves moments later and soon enough, Cary comes home. 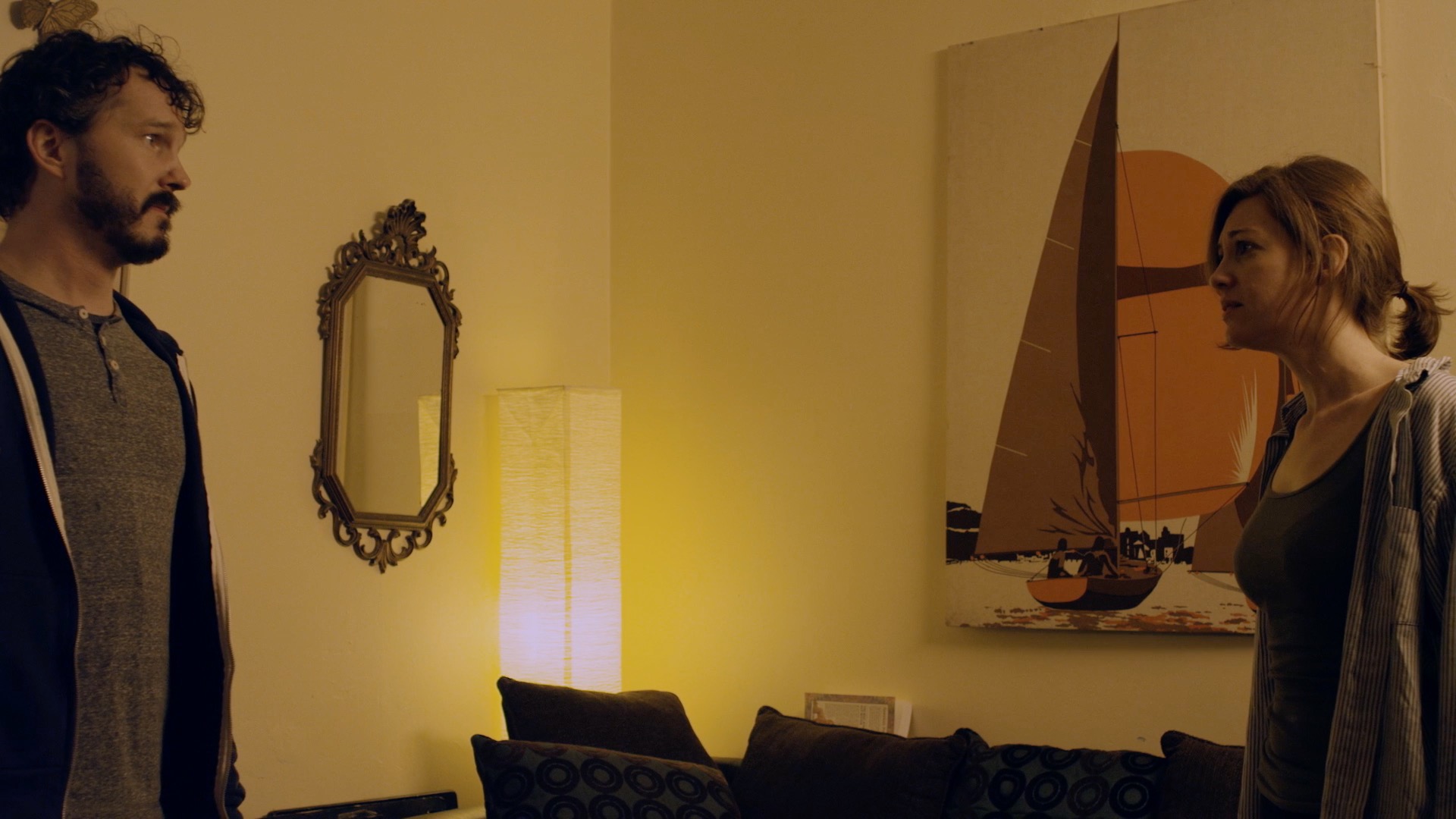 Once Jean explains her frustration, Cary is dismissive of her concerns, and this is just the beginning of a long night ahead. The argument builds up the entire night as Cary escapes the apartment to snort cocaine, meet new friends at the apartment upstairs, and drink excessively, even though the couple had guests that evening.

The Reader discussed the movie with Kasher in a phone interview.

Kasher: I had an earlier, different script that was going into production that year. I was writing music for that. That production fell through and I switched over to what became No Resolution the script. By technicality, some of the songs were born before No Resolution [the screenplay] began. This was the year 2014.

Corcione: What was the inspiration for the film that became No Resolution?

Kasher: I write lots of scripts, but two ways I split them up are scripts that have no financial restrictions and the others, like No Resolution that I write more often, [that] don’t have too many financial obstacles, so I can manage make them on my own. It’s like writing a folk album versus writing a symphony. It’s like being creative within the parameters of what you’re able to pull off. Also, a lot of inspiration [came from] other low-budget filmmakers like Joe Swanberg.

Corcione: Where did you get the idea for the plot?

Kasher: I can’t remember for sure, but [New Year’s Eve is] one of my favorite holidays along with Halloween. I wrote a short story a few years ago based around a couple of New Year’s Eve. I liked using New Year’s Eve as a backdrop with maturity because there’s a tendency to get wild and really messed up. I played with that as the main tension and imagined what a New Year’s Eve party building and building above their heads seemed like a good metaphor for their life.

Corcione: What’s your relationship to film? How long have you been writing screenplays?

Kasher: I’ve been writing [screenplays] for about thirteen years now. I’m 43 now. When I turned 30, I used that as a turning point for me. At a young age, I fell in love with movies a medium and that’s always been my favorite medium. Books and music are up there as well. I love movies because they mix books, visuals, and music altogether. As we all know, [movies are] cost prohibitive, but I was really fortunate I got into music and somehow music actually took off, which is beyond me. It’s difficult enough as it is. I never wanted to dismiss or drop my other passion I’ve always had, which is movie-making. When I turned 30, I pledged that it’s now or never, you need to start settling into this.

Corcione: Who are some of your favorite filmmakers you’ve looked up to over the years?

Kasher: Especially for a movie like No Resolution, there are two directors in particular [who have inspired me]. Mike Lee has done a lot of movies especially once Netflix became a thing. I started going back and watching movies he made for BBC he made when he was younger in the 70s and 80s. Then there’s Happy Go Lucky [in the 00s] and Secrets & Lies in the 90s. It’s really dialogue-driven and dramatic stuff. I love Mike Nichols. The Graduate is my favorite film, [and I also like] Who’s Afraid of Virginia Woolf?

Corcione: You hosted a screening of No Resolution at the 2016 Omaha Film Festival. How has the film changed since then?

Kasher: The Omaha Film Festival was cool enough to take it on and do a screening of it. It was beneficial for me because I collected feedback. I was able to address flaws, such as finish and change the sound mix. I’ve learning a thousand things from this process of doing a first film. That was another thing I’ve learned: to get [your work] in front of people. It opened my eyes and gave me confidence to give edits I wasn’t sure about.

Corcione: What’s one significant thing you’ve learned from making a film for the first time?

Kasher: Everything was really guerilla. The crew I was working with was cool with it being guerilla, but now that it’s done and finished, I realize I should have been, could have been more of a leader and prepared for each scene more on the technical side. Because this was so low-budget, I ultimately felt intimidated pre-production work we could put into this. I was paying people daily and I only have so many days I could pay people before running out of money. There was never any major errors or complications, but there were panic moments of running to get a generator when that was overlooked. It was little things like that.

Corcione: Songs by Beach Slang, Icky Blossoms, You Are Plural, and Birthmark appeared in No Resolution. How did you choose the music for the film that wasn’t written and performed by you?

Kasher: They’re a lot of my favorite bands, but I have the luxury that a lot of my favorite bands are ones I’ve met over the years from touring, either touring with me or on the road. There were a few I put on there that I had to reach out; there’s always some kind of contact. The low-budget thing, everybody I reached out to was really supportive and just wanted to be helpful.

Corcione: Are you working on any other projects at the moment?

Kasher: I’ve written a couple more since I shot [No Resolution] and I’m working on other stuff as well. Nothing has taken off or gone into production just yet. I’m back into the same process of trying to figure out how much of this I should actually be doing on my own and how much of it I should be trying to get help for.

If you didn’t catch Kasher’s performance and the Omaha debut of No Resolutions at Film Streams on Thursday, August 31, look out for the film’s iTunes and Amazon rental release in late October or early November.