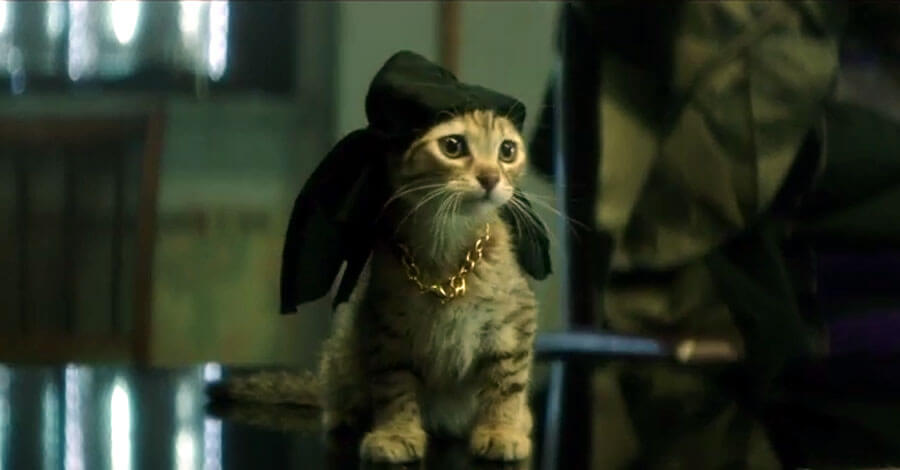 The only thing Hollywood may be worse at than achieving any measure of diversity in front of or behind the camera is their ability to read a calendar. “Summer” technically started in March for Tinseltown, with the debut of Batman v Superman: Dawn of Justice. This box office-obsessed “seasonal affective disorder” be damned! Summer starts no earlier than May! If we can’t yet adhere to the dignified axiom “Suns out, guns out,” how can we be expected to accept blockbusters as “summer fare?” This year’s real summer offerings include the expected acts of superheroism, sequels on sequels on sequels and one or two sleepers lying in wait. My anticipation for each film will be expressed in “favorite summer experiences.” You’ll see what I mean.

Marvel at least had the decency to release their major marquee flick in May…early May, but anything post Cinco de Mayo is okayo. The latest installment sees unrest in brotastic brotherhood, with Captain America (Chris Evans) squaring off against Iron Man (Robert Downey Jr.) over proto-fascist requirements intended to force superheroes to answer to the government. Blah blah blah, SPIDER-MAN! The last trailer revealed that the web-slinger will finally show up alongside The Avengers, which is sure to send comic enthusiast into nerdgasmic nerdvana.

In what I believe is the 75th entry into Fox’s X-Men franchise, we’ve now moved from the 60s through the 70s and into the 80s. If this doesn’t feature angry emo mutants rocking out to Depeche Mode, an opportunity will have been missed… The enemy this time out is the supposed “first mutant,” a big blue baddie named Apocalypse, who looks gleefully ridiculous. Although its closest visual analogue may be the popular 1990s “X-Men” cartoon, the franchise rarely embraces the colorful silliness that makes the comic series work. Still, Olivia Munn plays a ninja assassin with purple hair and a “psychic knife.” So, you know, I’m there.

Anticipation level: Watching “The Price is Right” on the first Monday after school gets out

The only reason this is on my anticipated list is because of the director. Duncan Jones, the son of David Bowie and (perhaps more importantly) the director of Moon, has earned my trust, even if the subject matter does little for me. Looking a bit like The Lord of the Rings on steroids, I’m told that the source material was a popular video game. As you know, the history of movies based on video games is storied and filled with such timeless classics as Bob Hoskins’ Super Mario Brothers and Mortal Kombat. The epic action may look a little predictable, with CGI armies of sword-toting warriors clashing with strange monster creature thingies. But in Jones I trust, as he was able to make Moon feel full and complete with just one actor.

Anticipation level: The first time using the grill for the summer (probably should have cleaned it, but still yummy)

Back in the day, Pixar was a principled film studio that put storytelling first and trusted that good box office would follow. Nowadays, it is spin-offs, prequels and sequels until the head mouse at Disney has had enough cheese (spoiler: He never gets enough cheese). Finding Nemo was a pretty, sweet gut-punch of well-intended emotion. Will they be able to replicate that? Who cares?! This is going to make hella bank, as the potential to see the forgetful Dory (Ellen DeGeneres) yuk her way through an undersea adventure is the surest thing in the history of sures and things.

Anticipation level: The first swim of the year…at a public pool…with a kid grinning who definitely peed himself

As an American, you have watched the original Independence Day the required 50 to 1 million times in your life. You love it, despite the schmaltz of every bit of dialogue and an ending that a kid who repeated third grade five times didn’t buy as realistic. Gone is Will Smith. And I mean GONE; they killed him off-screen according to the film’s website. But all we need to potentially enjoy a return trip by planet-killing aliens is the awkward moxy of Jeff Goldblum. He of bizarre diction and tufty chest hair has returned to save the parts of the world not destroyed in glorious fashion! Hooray?

Anticipation level: Late night stargazing on a crisp summer night, with your cousin who swears he “done got probed by an alien once.”

No joke, when I was a kid, I thought the “F” in BFG stood for an unsavory word and not “friendly.” To be fair, both adjectives work. Steven Spielberg returns to the fantasy genre for the first time since Hook (uh oh). This adaptation of the Roald Dahl classic looks to weave reality and magic, as the “Big Friendly Giant” promises to be downright E.T.-esque in his ability to form a meaningful friendship with a child. Interestingly, newly minted Academy Award winner Mark Rylance plays the titular character. I say “interestingly” because now there’s at least a passing chance you’ll remember who Mark Rylance is in a few months.

Anticipation level: Friends visit you from out of town, for a duration between “but you just got here” and “they are never leaving”

I wish I cared about anything as much as random dudes on the internet care that the reboot of Ghostbusters stars all women. Unless I missed something in that first movie about how you operate the proton packs, absolutely nothing about the franchise requires male genitalia. Kristen Wiig, Leslie Jones, Kate McKinnon and Melissa McCarthy are all hilarious, intelligent, amazing comedians. Director Paul Feig has proven savvy with female-driven comedies (Spy, Bridesmaids). I see no reason for concern here, only excitement.

Anticipation level: Telling ghost stories around a nice campfire shortly before scaring your cousin by yelling “Them aliens are back!”

The first rebooted Star Trek remains my favorite of the series, and I don’t care what Shatner-wig-humping Trekkie knows it. The second one was…well, at least it had Benedict Cumberbatch. This time, Simon Pegg was in charge of the script, so that can only mean more fun and less 9/11-trutherism-inspired thematic elements. The cast still crackles, from Chris Pine all the way down to Pegg’s Scotty. Plus, this time Idris Elba is the bad guy. And Idris Elba is amazing. He also may be playing a lizard person. Yes, you may leave now to stand in line for tickets.

Anticipation level: Discovering a new love for an old series on Netflix because you hate the summer network programming and reruns

I’ve been in the tank for Suicide Squad since the first insane footage dropped. It looks like a live-action superhero movie as drawn by a graffiti artist. Whereas most Warner Bros/DC movies aim for “gritty” and “dark,” this one has a crocodile mafia guy and a witch. Yes please. The big focus has been on Academy Award winner Jared Leto’s Joker, especially considering the last guy who played him died and won an Oscar, in that order. But I’m more excited to see if this finally gets Margot Robbie to be as stupid famous as she deserves to be.

Anticipation level: That one party that goes on way too long and stops being fun…but then goes even longer and starts being crazy and fun again

In a million years, I never thought the remake of Pete’s Dragon would be on my list of anticipated summer movies. But then I found out that David Lowery, who did the breathtaking Ain’t Them Bodies Saints, was doing this. Excuse me? The guy is going from a gritty fable about tragic romance between outlaws to a movie with a (potentially) imaginary dragon? Sign me up. The first footage suggests this is going to get a little closer to Spike Jonze’s Where the Wild Things Are than anything, and that is a place more films should try to locate.

Anticipation level: Going with your niece or nephew to an amusement park, getting them jacked on cotton candy and adrenaline and taking them home to your sister’s house

How to Talk to Girls at Parties (TBD)

These next two are indie flicks that are going to have limited releases before expanding. I’d tell you when that was going to happen, but if I had psychic powers, I’d put them to figuring out how to stop Donald Drumpf. This is directed by John Cameron Mitchell (Hedwig and the Angry Inch), stars Elle Fanning and Nicole Kidman and is based off a Neil Gaiman work. I approve of all of that. It’s about British dues in the late 70s meeting girls at a local party who turn out to be aliens. You know, as is prone to happen from time to time. If it manages to work the right blend of quirk, this could be a sleeper gem. If it doesn’t, don’t blame me, I just work here.

Anticipation level: Using a jet ski in front of an attractive person without losing teeth, blood or dignity

I think Key and Peele are the funniest humans alive right now. I mourned the loss of their television show, but rejoiced when I saw we’d be getting a feature-length jokefest from them this summer. Basically, it’s a wacky John Wick about a cat. Two friends try to get a kitten back from a gang who took it. That’s it. But where Key and Peele have always excelled is in their characters and willingness to go absolutely nutso. This looks to feature both. Besides, have you seen the kitten from the movie? You’re going to see this and love it.

Anticipation level: That late summer night when your neighbors have finally exhausted their hillbilly supply of illegal fireworks