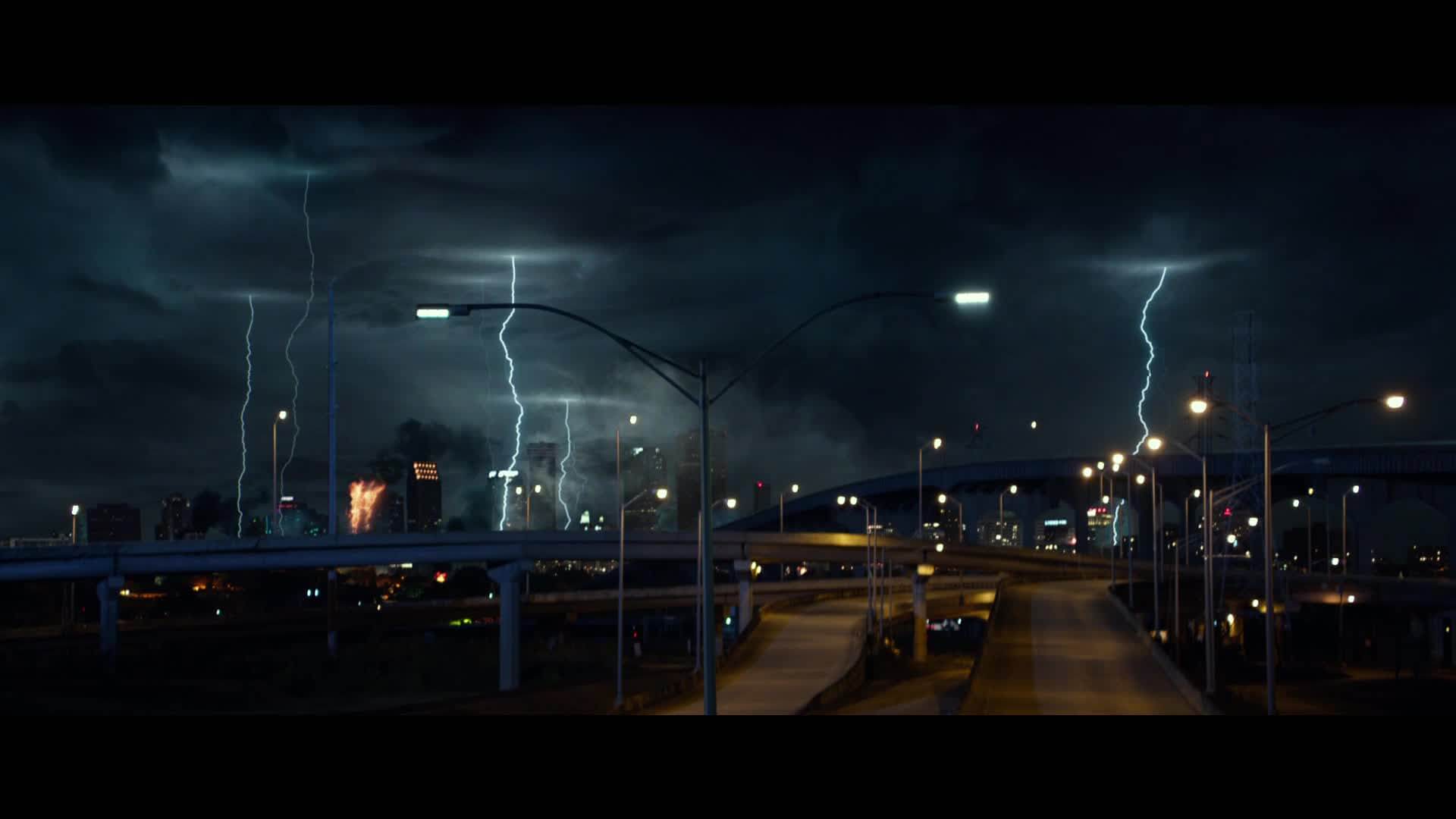 If you’re keeping track at home, the current administration’s list of budget priorities ranks “the president playing golf” a few small light years ahead of “finding ways to prevent or reverse catastrophic climate change.” This is good news for (A) wealthy megacorporations run by the soulless and (B) people who love disaster movies and dystopian futures. If you fall into category A, I look forward to being ground into the human biopaste you use to run your pollution factories! If you fall into category B, do I have a list for you…

For this countdown, I have ixnayed nonearthly environmental disasters (no asteroids), nay-sayed incidents not brought on or sped up by humanity (no volcanoes or earthquakes) and poo-pooed disease-based dangers (no zombies or contagions). Thus, the following are the top 10 movies that have plots that hinge upon or content that is greatly influenced by climate change. Because all that will be left after we scorch the earth and choke the air are listicles. It’s like Ozymandias but with more clickbait.

Geostorm doesn’t come out for another nearly 7 months. I do not care. In fact, the only question I had was whether to rank this at number one. This is a movie about space satellites used to prevent climate change catastrophes that go bonkers, unleashing every kind of disaster that doesn’t currently hold a cabinet position in Trump’s America. The only thing that stands between us and the tsunami-fire-earthquake-hurricane-tornado is Gerard Butler. I’ll take those odds, goddammit.

Movies about climate change either need to be so crazytown stupid they are escapist nonsense (see Storm, Geo) or super hyperserious and vigilant about substantive reform. Al Gore’s PowerPoint warning-turned-prophecy didn’t result in the concrete changes he desperately wanted but did turn him into the unofficial Earth Day mascot for a time. He has a follow-up movie that’s already on the festival circuit, which is somehow not titled I Told You Stupid Assholes This Was Going to Happen. That’s a presidential amount of restraint right there.

No, not the weepfest for which Amy Adams got screwed out of an Oscar nod in favor of anointing Emma Stone before (gasp) she dared get a wrinkle. This 1996 gem features a pre-tiger blood, ante-winning Charlie Sheen who figures out that backward-knee-having aliens are up to no good. Specifically, they are using climate change to kill off humans and make the earth more livable for themselves. Honestly, discovering that the people actively working against environmental reform are secretly aliens hellbent on our destruction would be the single most believable and morally consistent explanation.

I like to think that, wherever his essence is now, Charlton Heston is aware that I just included one of his movies on a list centered on a subject that has been unfairly turned into a profoundly liberal issue. Filmed in the 1970s, the film is oddly prescient; set in 2022, it foretells of temperatures that never drop below 90°, food riots and secret cannibalism, all of which are already happening. Cronuts are made of people. All joking aside, the movie is pretty much a hyperbolic cautionary tale that has become increasingly less hyperbolic with every passing year.

You want Captain America to eat a baby? Huh? Do you? Because that’s where this climate change thing is headed. Adorably bearded, nonthreatening muscle man Chris Evans is going to consume a human child if we don’t fix things, according to this fascinatingly weird sci-fi treat. Set entirely on a train that can’t stop moving because of a new ice age, it has heartbreaking character beats, insanely cool action in tight quarters and Tilda Swinton, because we’ve all voted and Tilda Swinton gets to survive, no matter what else happens to the rest of us.

Nobody can get pregnant in this neo-classic from writer/director Alfonso Cuaron, and it’s likely not just because governmental oversight of women’s health is already a profound nightmare. The reasons are never explicitly laid bare, but pollution and overpopulation are certainly alluded to as potential culprits. As Clive Owen struggles to protect the first potential birth in years, audiences are reminded about the fragility of life and the imperative nature of interreliance. I mean, they are reminded about that while the film is playing and then go back to voting against their own sustained self-interests.

The nearly dialogue-free first half of WALL-E is a beautiful homage to silent films and a likely glimpse into the dumpster we are making out of Mother Earth. A robot with a single, trash-smashing purpose displays more humanity than most humans, as he shows it is possible to fall in love, have an intergalactic adventure and still give a shit about plants. Much was made of the depiction of people as morbidly obese when their caricatured appearance was actually a cartoonish representation of amoral gluttony and an unwillingness to consider implications of their actions more than a statement about body shaming. The only shame that’s definitively intended is about our collective planetary neglect.

3.) Beasts of the Southern Wild

Maybe the prettiest movie about climate change ever made, Beasts warns us that if we don’t stop what we’re doing, we’ll melt the ice caps and free long-dormant monster pigs that will trample us unless Quvenzhané Wallis asks them nicely not to. This singular coming-of-age/hero’s journey is a lyrical reminder of the connected nature of all life and a celebration of the glorious communities and vibrant pockets of nature we are callously extinguishing. Optimistic and scary, heartwarming and tear-jerking, this is only sitting at number 3 because I’m trying not to put it at the top of every single list I make.

The earth is a scorched shithole with gas a near-vanished commodity and a major community of people run by a pasty, pudgy megalomaniac who treats women like absolute garbage as he spreads lies about how important he is. That’s also the description of Mad Max: Fury Road. The reason this installment is on the list is not only because it’s easily the best in the series but because of its focus on “who killed the world” and the disappearing “green place,” which the protagonists seek like sinners cast out of Eden. The value of water, the absence of flora and fauna and the blatant finger pointing at the toxic masculinity and near-sighted behaviors that set all that into motion makes this the most bad-ass climate change action movie ever made.

Is this a bad movie? Yes it is. Does Jake Gyllenhaal fight wolves in it? You bet your double-voweled aass he does. Dennis Quaid snowshoes over a mall that’s covered in ice, teenagers literally “run from the cold” and Bilbo Baggins (Ian Holm) drinks himself to death with a nice liquor in the most fastidious and British way imaginable. Sure it’s a mess in terms of its science, plot, acting and any other definable metric of quality. It’s the tops on this list because it is unqualified apocalyptic daydreaming and nonsense. Given the state of things, that’s kinda the best we can hope for, right?