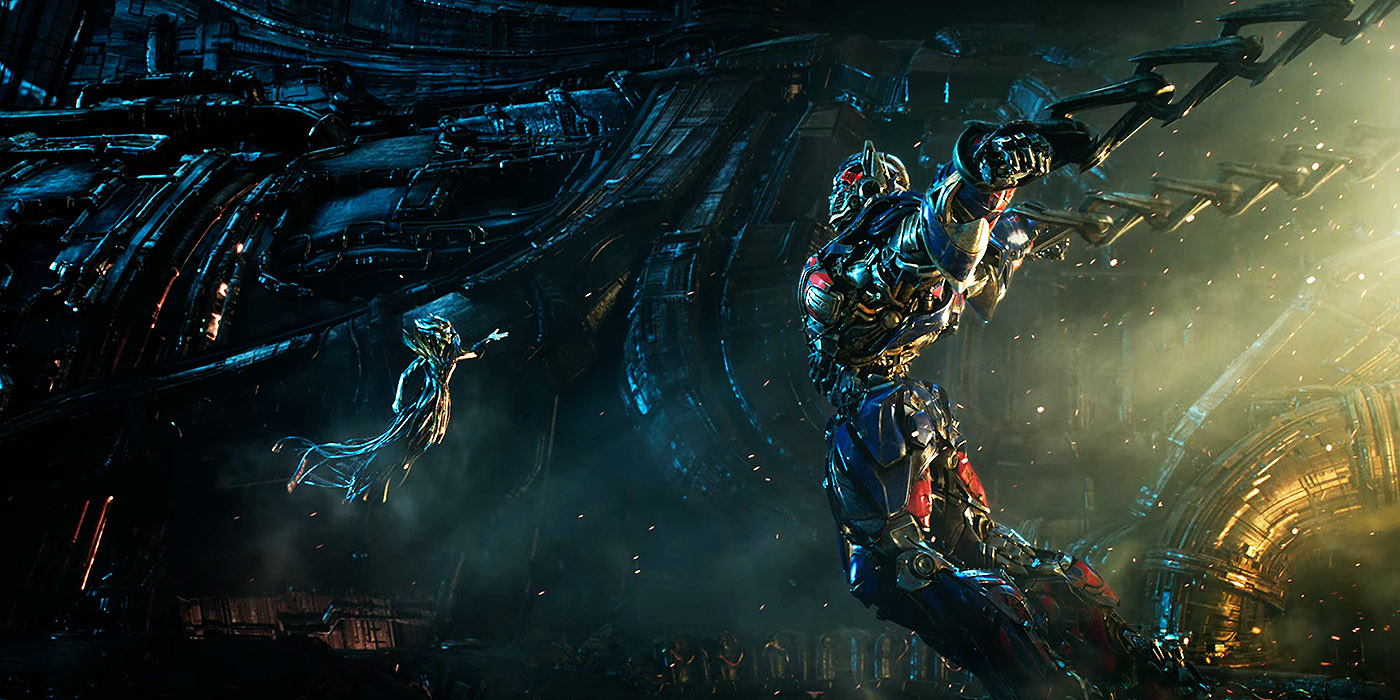 “Nihilism is…not only the belief that everything deserves to perish; but one actually puts one shoulder to the plough; one destroys.” – Friedrich Nietzsche

“Not good enough!” director Michael Bay exclaimed from atop his throne made of melted wires taken from support bras, flames vomiting from repurposed Megadeth pyrotechnic displays on either side of him. “Some fools still believe in the goodness of things.”

“But what more can we take from them?” a former Victoria Secret model forced into Bay’s subservience reluctantly asked. Bay tittered. “We shall annihilate their faith in the concept of storytelling by constructing an entire movie without a plot or semblance of coherent thought!” Bay declared, stroking the mullet he kept despite Michael Bolton breaking their “Cool Michaels With Mullets” pact years prior. “And you know Sir Anthony Hopkins? Ruin. Him. Forever.”

Thus, in the fires of testosterone and foreign box office returns was Transformers: The Last Knight forged. Bay watched closely, ensuring that nothing made sense. A frightened studio executive asked, “I’m confused. If Cade Yeager (Mark Wahlberg) was chosen as ‘The Last Knight’ to save humanity as good robots fight bad robots, why does he need a busty British triple-professor (Laura Haddock) to use a magic staff in order to stop the Transformers’ planet from destroying earth? And what is John Turturro doing in Cuba? Wait, was that Stanley Tucci as Merlin?” Bay cackled, rubbing his impossibly soft and perpetually lotioned hands together, as he proclaimed “In film, writing was God. God is dead, baby. God is dead.”

Not satisfied, Bay dumped in still more nonsense. “Here’s an overacting young girl (Isabella Moner) who will be called Izabella with a Z, and she will make a point of telling people that’s how it is spelled! Here is a blatant rip-off of BB8 from Star Wars Episode VII: The Force Awakens, but he’s violently unlikable! Here’s a robot butler that may be Sir Anthony Hopkins’ lover!” Soon, none of the four writers of the film remembered why they wanted to tell stories in the first place; two completely forgot the English language.

“Longer! Even longer!” Bay bellowed, “I know everyone is always running and yelling while robots with swords fight alongside a three-headed metal dragon, but it must somehow be boring enough for people to forget the escapist power and inherent imagination of cinema!” The first few audiences who watched the test screening went home and deleted all of their downloaded music, explaining they no longer felt the need to hear sounds after so many had been used without purpose. “For if you gaze for long into an abyss, the abyss gazes also into you!” Bay triumphantly laughed before inserting a credit cookie that would forever strip the joy of anticipating any in other films. As a dump truck vomited money on his mansion’s lawn, Bay knew his work was done. “Let them try to find hope or meaning now.”

Yeah, so, I didn’t like Transformers: The Last Knight very much…