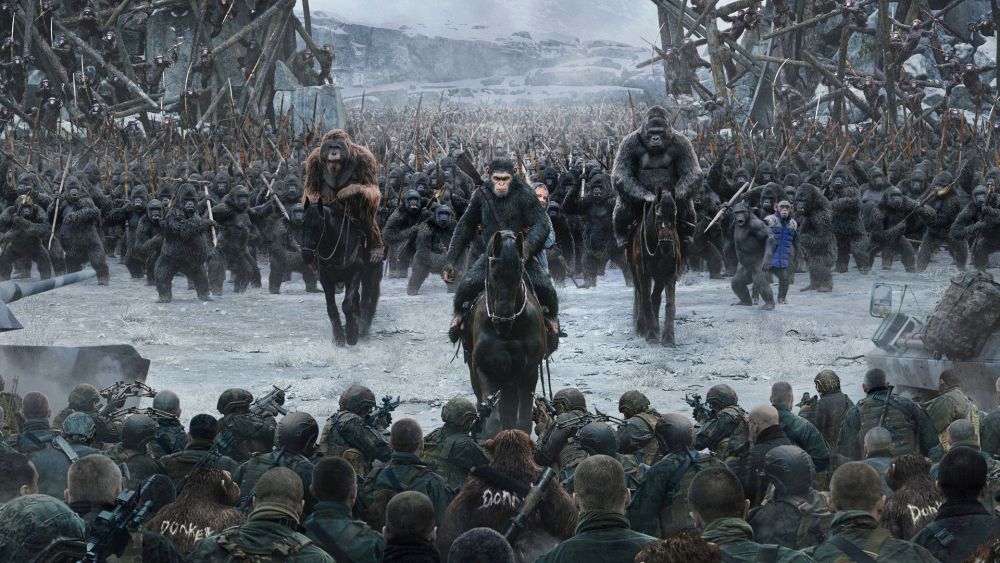 “Motion capture” technology that records the intricate movements and facial expressions of human actors to animate digital characters has been my favorite special effect since I was a little kid. When I first heard that Planet of the Apes, my second favorite sci-fi film franchise ever, was being rebooted with mo-cap actors playing the apes, I’m not ashamed to admit that I peed. I joy peed. Using mo-cap to bring the apes to life was obviously such a great idea. After a string of films with mo-cap effects I wasn’t impressed by, I was beyond excited to finally see what I considered to be a perfect application of the technology.

Unfortunately, Rise of the Planet of the Apes was a huge disappointment. The movie itself was fine, but the mo-cap was terribly underdeveloped, and the apes mostly looked like cartoons. The only moment of mo-cap greatness came during a small scene when ape rebel leader Caesar (played by Andy Serkis) sat in his cage, quietly seething with hatred for humans. It was a near-perfect combination of mo-cap used for rich character development and a film actually having the budget to pull off the effect.

Dawn of the Planet of the Apes was certainly better, but while some elements of the mo-cap vastly improved, others were shortchanged. The attention to detail and the texture of the ape effects was extraordinary. Still, the apes didn’t quite seem to carry themselves realistically. When the apes rode horses, something about the way they bobbed up and down just didn’t look heavy enough. There were none of those quiet character moments that let us relish the full capabilities of mo-cap performances. The effects felt totally cold.

War for the Planet of the Apes is the first film in the rebooted Apes series to get the mo-cap right. Absolutely, 100% right.

When the apes ride horses, I totally believe I’m watching some pissed-off super-intelligent simians ride some freaking horses. It’s amazing. When the apes sit quietly and brood (which most of them do for, actually, most of the film), every moment is stunning. I could watch these apes just sit and stare at stuff for days. War is the mo-cap extravaganza I’ve been waiting my entire life to see, and it makes it 300-times better that one of my lifelong favorite animals (orangutans) is one of the lead mo-cap characters.

So the nerd deep down in my heart rates War an A+++ times infinity and beyond. However, the nerd bubbling just beneath my surface gives War a much more reasonable but still ecstatic A. All you need to know about the film is right there in the title, although the story might unfold a bit more somberly than you’d expect. Most blockbusters are so tightly edited these days that it’s nice to see one finally give scenes some breathing room. The mo-cap experience is so much more rewarding when the story slows down long enough for you to spend some downtime with these characters.

War doesn’t just stop at perfecting the mo-cap. This franchise has always struggled to find interesting “audience surrogate” human characters that the studio mistakenly thinks we need to care about the stakes. War ingeniously solves the problem by regulating most of the humans to villain roles. Woody Harrelson’s genocidal, vaguely white supremacist riff on Marlon Brando’s character from Apocalypse Now is one of my favorite villains in years. Even if Harrelson is overshadowed by the mo-cap performances, that’s not a dig on Harrelson. It’s a testament to just how incredible the digital characters in War really are.