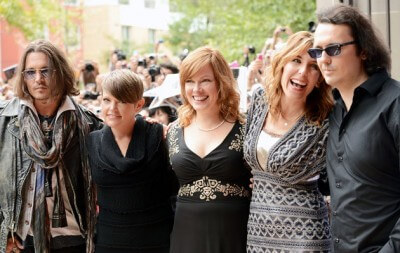 Four movies have been made, and 16 years have passed since three teenagers were imprisoned for a crime they very clearly didn’t commit. The “West Memphis Three,” the subject of copious celebrity crusading and a myriad of documentaries, have become reluctant mascots of a legal system gone awry. An implosion of justice in Arkansas may not seem like breaking news to a country long fatigued about moral problems in the Southern United States. But that doesn’t mean it’s not a subject worth revisiting.

West of Memphis is gut-wrenching and awful. It is an obscene, funhouse version of what the American judicial system can be at its absolute worst. To watch it without being incensed is to surrender your right to call yourself a decent human being. This is less a film and more a case the defense attorneys were never permitted to present. It is as much a soul-crushing example of what happens when evil meets political ambition as it is proof that the medium of film can do more than serve as a distraction and escapism.

In 1996, an HBO documentary titled Paradise Lost examined the horrifying murder of three young boys in Arkansas. Three young men were accused and convicted of a satanic cult crime, a sexual mutilation of children. Except, they had alibis. And witnesses recanted testimony. And DNA pointed to another suspect. And the judge, prosecutor and attorney used the popular case as a springboard for political careers.

From Eddie Vedder to Peter Jackson and Henry Rollins, the case captured the imagination of many a public figure and illustrated the propensity of confused and angry local government authorities to do what they could to move a criminal investigation through the system, no matter the accuracy. Writer/director Amy Berg has crafted a thrilling, brutal, relentless examination of crime beyond reality and a prosecution beyond belief. The sheer body of evidence presented in the overlong, thorough documentary is enough to stagger anyone choosing to believe we are capable of so much more as a country and as human beings.

This isn’t to say that the film is perfect. It meanders, stumbles and fails to properly function as a linear and lithe feature. The first hour alone is completely chaotic, dancing from fact to fact frivolously. But to capture this moment is spectacular. The fact of the matter is that were it not for that initial HBO feature, three innocent men may die in prison for a harm they didn’t inflict. West of Memphis can actually be seen as inspiring if one chooses to focus on the passion of those unsatisfied with an abhorrent verdict and a travesty of justice.

The best documentaries change our perspective; they rewrite history through attention to detail. West of Memphis is more heart-wrenching than most, asking us not simply to adjust our understanding of facts but to accept the complacency of good people when faced with injustice. Sometimes, not often but sometimes, a movie can remind you about the power of the medium. This is one of them.