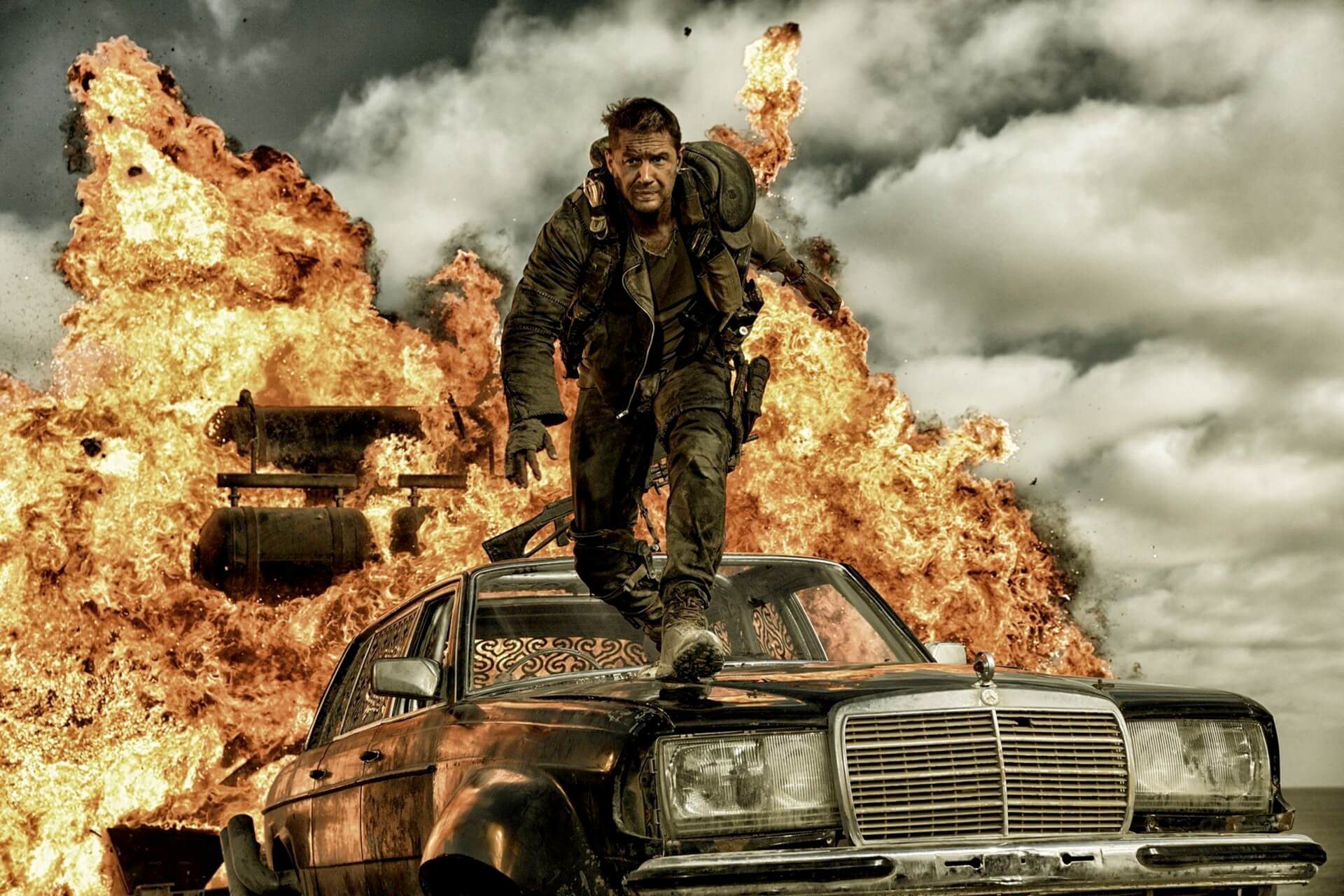 If you follow me on Twitter (@thereaderfilm), are friends with me on Facebook, actually know me in real life or simply happened to be in close enough proximity for me to talk at you recently, you know that I think Mad Max: Fury Road is essentially proof that there is a God and that she loves us. Critics around the globe have praised the film…but often with some kind of qualifier designed to suggest the critic doesn’t typically go gaga over such mainstream fare or that the movie is great “for what it is.” Bullshit.

Fury Road is one of the best movies ever made…full stop. The reluctance of some to proclaim it as such is, in part, a byproduct of snobbery, a facet of artistic consumption that isn’t exclusive to movies but is still nonetheless grating. Let’s talk about why this sucks and how to stop it.

You meet someone new. Small talk being a maddening language created by the dark lord Satan, you eventually stumble into predictable patterns of sussing out common grounds by asking questions about popular culture. God forbid you’re asked to offer up your viewing habits first! The vulnerability in declaring your support for a television show or movie is palpable. This is not simply a representation of how you spend your free time; no, sir! This is a referendum on you as a person. You can’t simply barf out the most recent thing you’ve seen and enjoyed; you must offer something you think would reflect upon you well.

Admit it. You’ve lied about your favorite movie before! You’ve said you liked a film you know is critically adored when you secretly hated it. Vice versa, you’ve lied by saying you haven’t seen or didn’t like some “guilty pleasure” entertainment when, in reality, you can’t pass by The Day After Tomorrow on cable without stopping to watch it. J’accuse!

As Jane Austen quipped in “Emma,” “Don’t feel stupid if you don’t like what everyone else pretends to love.” And yet we do. Not every time, sure, but in certain settings we feel the need to “put on airs.” Hell, as a critic, I do it more than most, spouting off nonsense like “It was my favorite movie last year but not the best movie.” What does that even mean? If you liked something the most, isn’t it by its very nature the best thing you’ve seen, regardless of its genre, cast or reception?

It’s not our fault. We’re trained to do it. For better or worse (hint: always worse), the Oscars are used as a major metric of cinematic acclaim. In the last 10 years, only 3 best picture winners grossed more than $100 million. None were the highest grossing movie that year. Going back 20 years, only Titanic and Lord of the Rings: The Return of the King were tops at the box office and the Academy Awards. Admittedly, using box office as the sole indicator of a movie’s quality is as dumb as using, well, the Oscars as the sole indicator of a movie’s quality. But it does show the disconnect between what is popular and what we praise, the divide between the things we overwhelmingly choose to see and those things we say represent “the best.”

You’re the reason we can’t have nice things

So what, right? Who cares if we deny our love of certain things and claim to love stuff we hate? This isn’t some real, actual crisis of self like deciding whether the dress is white and gold or black and blue. And yet… What does it say about us psychologically that we would deny what we enjoy to others or falsely praise snooty garbage? It says we are more concerned with other people’s perception than our own truth. It’s one of the million tiny, unconscious reflexes that subdues our inner reality for a public façade. Denying your love for Mr. and Mrs. Smith thrice before the cock crows may not damn you to hell, but it sure feels like a failure in expressing yourself.

Beyond the personal, our unwillingness to consider the greatness in things that are more “play” and less “work,” that are more “fun” and less “serious,” has practical implications. Make fun of Leo’s sadness at missing Oscar gold all you want (you monsters), but artists of all walks crave praise and acclaim. Sure, that is not the sole motivator for true creatives, but it is one of many metrics of success. So how crappy is it that comedians are ignored for acting awards? Anyone can make someone cry given the right emotional context, but making someone laugh is a sophisticated process. If making someone weep is playing “Whack A Mole,” making them giggle is a serious game of “Operation.” Ever wonder why so many great comedians wind up doing dramatic work too? To be “taken seriously” they have to leave an inarguably more difficult craft.

Beyond not publicly recognizing those performers whose work we actually enjoy the most, our coded responses actually influence what movies get made. According to The Hollywood Reporter in July of last year, the average cost of marketing for an average-size film (The Fault in Our Stars was their example) is around $40 million. That’s not production and advertising. That’s just advertising. Because of this, studios are relying more and more on, you guessed it, social media to get the word out. Hence why I’ve all but become a spammer for Fury Road. Hollywood is now very strongly looking at what we publicly say and share about movies to determine whether to fund projects. Don’t believe me? Ryan Reynolds couldn’t get his Deadpool movie off the ground for almost a decade. Test footage was “leaked” into the wild. Fans went rabid. The movie is now almost done being shot.

It works for smaller, indie fare too. The Babadook, the best movie of last year, is an Australian horror film. There are huge swaths of the public and critics alike who consider the genre incapable of having a quality film. Without rapid public support rallying behind it, the film would have been dead in the water. Only vocal adoration saved it from obscurity, even if that adoration almost exclusively took the form of “I don’t typically like horror movies but…” As loud and cacophonous as the modern world is with its various outlets, our voices arguably matter more than ever before.

You had the power inside you the whole time

And this is where you come in. Own your shit. Take that both as a condemnation of piracy (support art by buying art) and as an instruction for you to publicly love the things that you love and publicly hate the things you hate. Recently, I was fortunate enough to participate in a panel discussion on the creative process down at the Kaneko Library. It was the first time I said the following out loud in front of people I didn’t know: “I hate ‘Mad Men.’” Knowing how critically acclaimed the show is and that I would be looked down upon as somehow inferior as a reviewer (not to mention loathed by nearly all white people aged 20-50), I had never felt comfortable saying such a thing. You know what? It was frickin’ glorious. Not only was I not stoned to death on the spot, one of the other panelists leaned in and said “Me too.”

I have become a vocal evangelist for Fury Road, not only because it is the rare big-budget film to espouse even trace elements of core feminism, but because I believe it represents a potential watershed moment. It is undeniably a work of art that refuses to apologize for also being wildly entertaining and action-packed. Earlier this year, Vin Diesel was ridiculed for making the statement that Furious 7 was going to win Best Picture. It’s the second most popular film of the year and was the fastest to hit a billion dollars globally. And yet, we all (me too) laughed at him for suggesting we consider it one of the best films of the year.

Enough. Let’s stop pretending that it’s “better” to like certain things and not others. I loved last year’s haunting, black-and-white, Polish-language film Ida as much as I loved Tom Cruise’s Edge of Tomorrow. Like what you like. Love what you love. Hate what you hate. And do so publicly and proudly. I can’t promise I won’t ridicule the next Adam Sandler movie, but I can promise I won’t ridicule you if you like it.