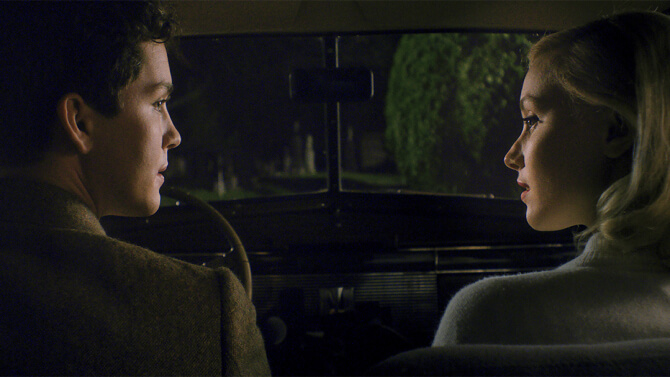 The word “indignation” is used to describe anger provoked by what is perceived to be unfair treatment…so why is the new film by James Schmaus called Indignation? I know it’s the title of the original novel by Phillip Roth, but that doesn’t mean it works for the film adaptation. It must be a feeling that’s much more prevalent in the novel because, as far as I could tell, the lead character’s “indignation” only appears for one moment during one scene in a film containing 1000 moments and 50 scenes. I’m sure it sounds odd that I’m so hung up on a simple title. I just expected a film called Indignation to be more “indignation-y.”

Another reason why I might be so hung up on the title is that Indignation didn’t leave me with much else to chew on. It’s mostly set on a college campus in the early-1950s, and my biggest takeaway from the film was how impressed I was that the students were so well dressed. Modern lecture halls look like universities across the country enforce strict dress codes of hoodies and sweatpants, but every student in Indignation attends class dressed like a Gap model. Okay, yes, I’m sort of joking, but the best parts of Indignation really are the costumes and production design. It’s a film that looks amazing.

I understand that Indignation aims to be a much deeper film about sexual awakening, but it comes off as unintentionally silly. It doesn’t help that most of the performances range from unconvincing to cartoonish. During Marcus’ few interactions with the Dean of Men (Tracy Letts), the dean is so over-the-top that I almost expected him to put Marcus on double-secret academic probation. Their first meeting seems to split the film into halves, and it features Marcus’ only clear outburst of indignation, highlighting the biggest problem with the piece.

Indignation is a character study about Marcus, and it commits the greatest sin that any character study possibly can. By the end of the film, I felt like I’d never really met Marcus. His characterization is paper-thin. His feelings of indignation aren’t apparent until he straight up yells about how unfair his situation is—an outburst that feels somewhat out of the blue. It may seem apparent that an atheist is jaded about being forced to attend weekly chapel, but you never feel it in Lerman’s performance. For a film called Indignation, actual feelings of indignation are an afterthought.