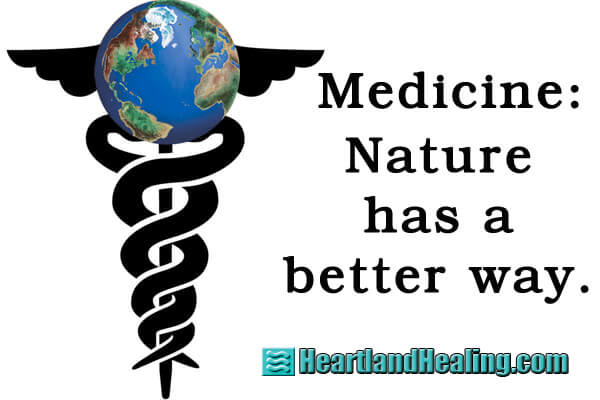 Magazines found in supermarket check-out lines love to run stories about alternative medicine — herbs, acupuncture, ayurveda; usually with subheadings like, “What works and what doesn’t.” Wouldn’t it be funny for a change to see a headline like “Conventional Medicine – What works; what doesn’t”? You won’t see that story though. It wouldn’t consistently sell magazines. Pretty much everyone already knows the American medical system is in deep trouble. From insurance fraud, prescription drug fraud, Obamacare failures, opioid abuse, unethical practices and failure to provide results, among other issues, American medicine faces huge challenges.

There is a bottom-line reason why magazines run stories on alternative medicine: it sells. The public wants to know more about everything from acupuncture to magnets, herbals to hypnosis. Magazines are happy to oblige.

Research by a Congressional committee found that over 80 percent of all Americans have used alternative therapies at some time. People want them because they work. They prefer them over American medicine because if they don’t work, at least they won’t kill you.

The American medical system leans heavily on two things: drugs and technology. Almost every visit to an American doctor results in a pharmaceutical prescription and/or some technological test or procedure. And drug companies and technology have only been major players in medicine since early last century. Medicine as practiced by American doctors has only been around for a few decades.

American medicine — Use sparingly and only in case of emergency

Some people would like to call alternative therapies “complementary medicine,” as if something like acupuncture “complements” conventional medicine. That, too, is way off the mark. If I describe what you do as something that “complements” what I do, I am implying that what I do is the norm, the mainstream, the whole; and what you do adds a little something to what I do. It “complements,” like a glass of wine complements a meal. American medicine is not the norm. Only American doctors think that. Around the world and even in this country, “alternative” therapies are more widely used. If anything, call what American doctors do “complementary.” Note that people who call alternative therapies “complementary” are usually members of the conventional medical model, immersed in the “we are the norm” mentality and want to draw alternatives into their fold.

It is time we realize that alternative therapies are becoming the norm. Perhaps when the American medical establishment comes crashing down under its own weight and prescription drugs and radical responses to things that could be addressed more humanely are no longer the medical vogue, that time when disease care becomes health care will be upon us.

It is not the people who practice American medicine who are bad, it’s just a bad idea that is being practiced. They bought into a system that doesn’t work in the overall. One can’t help but feel that many American doctors end up surprised at how much their practice is a business and not a healing art. Sadly they become drug dealers and businessmen. And it is all about cause and effect.

Cause and effect. The clearest difference between conventional medicine and the alternatives is focus. Conventional medicine focuses on symptoms and finding some thing, a drug or procedure, that will reverse the symptom. It looks for something that blocks the pain, kills the germ, opens the artery, burns the cancer.

Conventional medicine has had its shot (pun accidental). It is time for it to back off, do the things it is good at (trauma care) and let go of its addiction to the big money of big drug companies and techno-firms.

Though thought is ultimate cause, at least the alternative therapies move us closer upstream toward that causality, recognizing that healing is within us, not without. They focus on the inner healing energy and seek to enliven that. Acupuncture, herbs, yoga, meditation – on and on. Alternative therapies move closer to addressing cause. If you want to change something, you must do so at the cause, not the effect. When it comes to conventional medicine, it is time to recognize the old adage, “if you’re not part of the solution, you’re part of the problem.” Take what is valuable and discard the rest. In fact, the way it is looking, it may just evaporate.