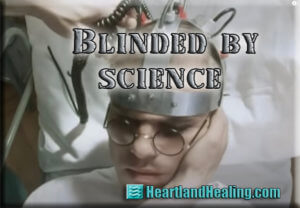 Hey, I may be wrong about this. I can’t prove it but I think science has left the barn. You see, when I was in school, (just a few brief decades ago,) I was taught that science was pretty much based on stuff you could prove. If you did an experiment, you could reproduce the results time and time again. For example, if you add a solute to a solvent in college chem lab, you depress the freezing point and alter the molecular weight of the solvent. It happens every time and to a calculable point that any student in any college lab anywhere in the world can predict with the same experiment. The experiment results are the same and reproducible.

But something has happened to “science.” We’re hearing our civil leaders and government officials claiming they are “following science” to make decisions on how to act in the face of an outbreak of a viral infection. But are they? And if they point to one set of “science” experiments, why can someone else point to another and say they are wrong? It may be because science as I described above, the kind with reproducible results every time, doesn’t fit the narrative of politics or economics. Sadly, the notion of “independent research” is just that: a notion. For decades, studies have found that research is tainted by those paying for it. (1), (2)

A farmer friend of mine and I love to talk about food and food research. We got together one Saturday many years ago and were talking about “research” that showed how bad red meat is for humans. So happens this farmer raises grass-fed beef, so there is that. But we looked at the research and saw many flaws, even though it was published in a peer-reviewed journal. That’s when my friend said, “Give me a million dollars and a laboratory and I’ll prove anything you want.”

Well, turns out he was pretty spot on, according to a number of investigations. Corporations beyond just Big Pharma pay for research to advance their industries economically. Here is a fictitious example. They’ll use tricky methods like paying for environmental research through a group named “Save America’s Forests.” As we dig into it, we find that little foundation is actually funded by a big logging company to find that cutting down trees is good for the environment. Get my drift?

The Masked Scientist Which leads us to the current consideration. Over the first five months of 2020, as scientists warned us that a novel virus was causing a pandemic, scientists with seemingly untarnished credentials began telling us what we should be doing to remain healthy. Novel terms like “social distancing” and “flatten the curve” accompanied every news conference about this virus. But soon we noticed the “scientists” were reversing field or contradicting each other or making excuses why they did not accept certain observations by other doctors. You know the sound bites.

The list of contradictions continues, long, saddening and overtly maddening.

“I’ve got a lab. Now give me that million bucks!” A lot of people are after those research dollars. According to the National Science Foundation, in 2016 (last available data) there were 2,295,000 research articles published worldwide. (3) Every one of those had to be funded. That’s beaucoup billions. And far too often the researchers had an agenda. Over the past several years, most journals have required “Conflict of Interest” statements by the researchers. That helps. But there is something more daunting. Scientific research has drifted away from the 100% reproducibility that I knew as a college kid in Organic Chemistry Lab. You know that yourself simply by watching drug ads on television.

What kind of science is it that uses research showing a drug achieves its desired results only a fraction of the times a human uses it? You hear them. “… seventy-five percent of users saw fifty percent clearer skin.” Of course, that comes along with potential side effects of devastating proportion.

Apparently “close enough” is close enough when it comes to the “new” science any more.

Without a net. Then of course, people are putting on white coats or adorned only with the honorifics after their names and stand in front of the camera using the word science without actually having any science to base anything on. And we the people buy into it because now the political and law enforcement mechanism of society is using “science shills” as the point person to shape social structure. It ends up that we must either see the numbers or be blinded by what is now called science.

[ For a refresher course on Thomas Dolby’s masterpiece, “She Blinded Me with Science”, go here:  https://youtu.be/V83JR2IoI8k ]