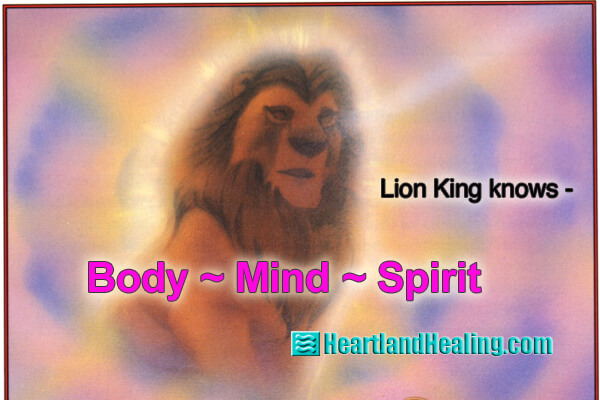 There is a term in journalism known as “burying the lede.” It simply describes when a writer beats around the bush and puts the important information or topic so far down in the story that it’s buried. That’s not going to happen here.

We often use the phrase “Body Mind Spirit”. Do we consider what those words define? Well, here. “Spirit” refers to what you really are; an eternal energy-being that has innate consciousness and is connected to something bigger. “Mind” is a selecting mechanism that chooses thoughts that come available to it, some generated from within its own domain. “Body” is simple. It’s a communication device, like a piece of paper, that is used to interact with other bodies and the physical plane.

There. That’s the gist and the grist of today’s column. But if you’re adventurous, let’s explore.

Body. A body is what you are not, that much is certain. If you’re honest with yourself, would you really like to be defined as a body, as a hundred bucks worth of common chemicals and elements? Do you want someone walking into a bar, a club, an office and coming up to you and saying, “Hey, I like your body. I’m not interested in your mind or your spirit but I’d like to get to know your body,”? Well, okay, that worked in the disco/Quaalude/all-about-hooking up decades. And, it still works in the myopic vision of some of the now but it only leads to what I call “candy store happy”.

Sometimes our very words betray us and spout the truth. Try this on. How many times have we heard someone say or said ourselves, “So-and-so [fill in the name here…Samantha Hoopes, Scarlett Johanssen, Jessica Biel, et al.] has a great body!” We never say, “Scarlett Johanssen is a great body!” Somehow we know inherently that a person is not a body. A body is just a tool to communicate with, a communication device.

Mind. It gets a little more complicated here. It’s a murky place, the mind. And it’s murky because it gets bombarded by information from within, from above and from the body’s world. A part of the mind thinks it’s hot shit. It thinks it’s self-reliant and absorbs data from the world and thinks it knows best and that the thoughts it generates based on the world’s reality are the only ones to choose to follow. (Although that’s absurd since we know that the data generated by the world is constantly changing, even contradicting itself from one source to another, one day to another!) That part of the mind, a selfishly guarded enclave, is known as the ego.

The mind is capable of choosing, though the ego part of it doesn’t want our real Self to know that. The ego would just as well keep us listening to the thoughts it generates and acting or feeling only on those ego-based thoughts. Like we don’t have any choice at all. A thought comes into mind and poof! We think we only have that thought to follow, never allowing that we may actually have the ability to choose again. Not only do we have the ability to choose again, we actually can benefit by simply deciding that we don’t want the thought that is presented to us and that we can simply dispel it. Nature abhors a vacuum and believe it or not, a better thought can come into the mind from guess where? Right, the Spirit or rather the Spirit’s allies.

You are a clear and perfect Spirit, a consciousness born of the energy of thought. And as even something as mundane as the worldly science of physics tells us, energy can never be destroyed. Why a person doesn’t recognize or realize or give full attention to the fact that we are spirit and nothing more, is also very simple: We are asleep. And in this slumber, the spirit is dreaming. The result of this dream is the world the body perceives and the mind struggles with.

“We are led to Believe a Lie, When we see not Thro the Eye

If we do not understand that the eye, a part of the body, is merely a perceiver of a dreamworld, we will think that we are part of that dreamworld. And dreams do not last.

Is it time to remember?