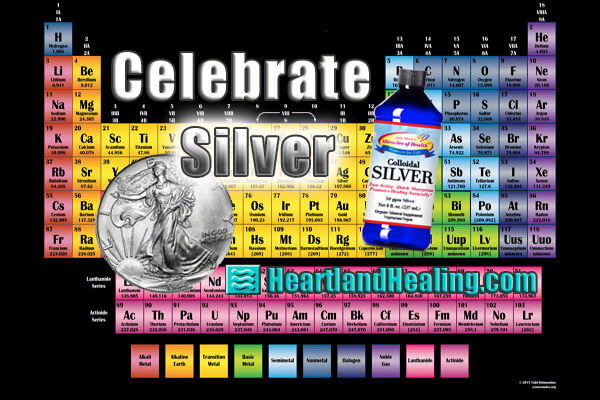 It was around the time I took a seat at the Periodic Table. Honestly, I don’t know if they even use that chart as a teaching device in chemistry class anymore. But the chart recalls to me a time when I left behind my pursuit of conventional medicine as a career. I was in the midst of a perfect storm. Working as a respiratory therapist at the old St. Joseph’s Hospital on 13th Street in Omaha, taking UN-L medical school classes, learning about herbal medicine and watching Western medicine make a lot of people sicker rather than healthier, I still liked the logic and organization that the Periodic Table displayed. All the elements known to science arranged in order, respecting their atomic number, chemical characteristics and electronic orbitals, with each signified by a two-letter symbol, many derivative of their Latin name. Silver is one of my favorites and is Ag. A couple years ago, I even registered the vanity license plate on my silver Audi of “Ag AUDI”. Nobody got it.

Breakfast at Fenwick’s In 1994 I had just returned to Omaha after 25 years in Los Angeles. Now, try to get the picture. It was 1994. Though commonplace in LA (along with herbs, acupuncture, reiki and Rolfing), hypnotherapy was unknown in Omaha. In fact, I called to place an ad in the Yellow Pages (pretty handy directory in the pre-google age) and they had no heading for “Hypnotherapy”. I became the first and only for a couple of editions.

I had been practicing clinical hypnotherapy for three years and ready to open my office here. Walking out of the now extinct ‘50s-themed diner near the Dundee Theatre, Fenwick’s, I spied a small stand with the first edition of the nascent alternative newspaper, The Reader. I knew right away that it would be the perfect vehicle to promote my hypnotherapy practice. The presumably hip and forward-thinking readers of The Reader would be the perfect audience for me. I called.

Dan Beckman answered the phone. I wanted to buy an ad. He asked if I could write and we settled on trade: a weekly Heartland Healing column about holistic therapies in return for a weekly ad for my hypnotherapy practice. I met John Heaston, Evan Mills and Mr. Beckman in person at the Reader offices in a cramped third-floor apartment in the beautiful Ambassador Apartments on 49th Avenue. It would be the first of maybe a dozen different headquarters for the paper. Those were the days.

Silver. To paraphrase Nigel Tufnel, “This goes to 25.” Silver. Elemental. Significant. Purifying. Cleansing. Reflective. Valuable. A symbol of twenty-five years of anything. When you put silver in a liquid suspension, it becomes colloidal silver. You can find it in health food stores. For centuries and up to today, silver is valuable in healing. Doctors of centuries past used silver. And modern hospitals use silver in post-surgical dressings, on the surface of medical instruments. Ancient doctors knew of silver’s properties. They told us it kills bacteria, even the most stubborn antibiotic-resistant strains. It stops infections. Heals wounds. Kills fungus.

“Colloidal silver is a natural broad-spectrum antiseptic that fights infection, subdues inflammation and promotes healing,” Dr. Jess Bethel of Natural Health Center, PC in Omaha reminded me. “We use this a lot to treat fungal infections to minimize adverse side effects. It really is powerful and effective.”

There are detractors in the conventional medicine fraternity. Most complaints are not against the actual healing properties that silver exhibits but against the radical claims that some hucksters promote. There is evidence that silver is a powerful medicine that serves in healing wounds, preventing infection and works wonders in many ways. But who wouldn’t be skeptical of a claim that any substance cures cancer or tumors? Such claims about colloidal silver are spurious at best, malicious at worst. But silver has its place in medicine and healing. It’s an alternative.

Mainstream Reader. The Reader immediately grew to legitimate acceptance in the 1990s and became a powerful force in regional media. Yes, the reach of the print version was greater before the internet exploded. The print version is only monthly now but the core value of an alternate to the mainstream has done nothing but increased. It has earned its place on the Periodical Chart. Two of the principals of the original version of The Reader have departed. John Heaston remains at the helm. The next 25 years will be stronger than ever. Silver is still good medicine. The Reader has become elemental. We should all be grateful for its influence.