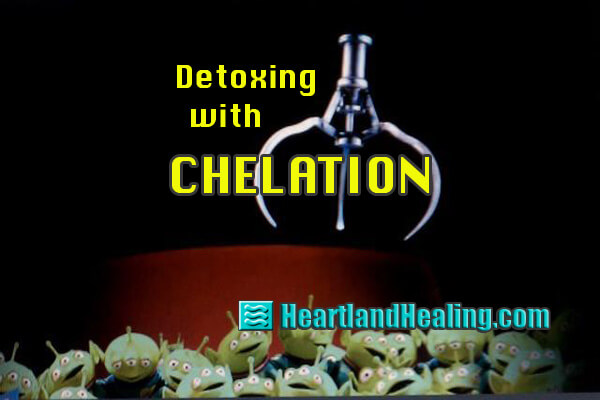 In the Heartland Healing lexicon of therapies, there are a number of major categories. A traditional therapy is one that has stood the test of time and obviously has been used successfully down through the ages or it would not have lasted and become part of the medical tradition. Examples would be acupuncture, herbal medicine, hypnosis, etc.

Then there are alternative therapies. Those are therapies that could be considered hovering around the fringe, between allopathic (mainstream Western medicine) and holistic therapies. Some holistic therapies (such as reiki or chiropractic) have not existed long enough to be classified as traditional but definitely are not mainstream or allopathic. Then some allopathic therapies, even performed by conventional doctors, are not generally accepted by all advocates. Even the use of pharmaceutical drugs for purposes other than what they are approved, (known as “off-label” prescribing,) though legal, is still an alternative to the conventional American medical model.

Then, finally, there is the mainstream techno-pharmaceutical / surgical approach, the most invasive and controversial area of medicine and the one promoted by the American/Western model.

Chelation. One alternative therapy that has gained in popularity over the past few decades is chelation therapy.

In the 1890s, scientist Alfred Werner described the chemical reaction we call chelation. The term uses the Greek stem chele, which means claw. That graphically describes what a chelating agent does. Werner found that chelating molecules have an affinity for other molecules or atoms. These chelates seek out atoms of metal and bond to them.

Chelation is a natural process, constantly taking place in our bodies, without which life would be impossible. Certain naturally occurring molecules help the body through chelation. Hemoglobin, the molecule that carries oxygen to the cells, chelates iron. Vitamin C chelates free radicals.

A powerful synthetic chelating substance is the amino acid ethylene diamine tetra-acetic acid or EDTA. It was developed in 1935 by a man searching for a chemical that would effectively remove calcium from water used to dye fabrics. In his experiments, EDTA rapidly bonded with the calcium and purified the water. In the same manner, chelation removes toxic metals from the body by clamping onto heavy metals and allowing the body to eliminate them in the urine.

By the 1940s, chelation with EDTA was the preferred treatment for lead poisoning, and an antidote for some snake venom. Then, as now, it was administered intravenously by a physician or nurse in a measured amount. After a number of treatments the offending substances had been purged from the body.

In the 1950s, a doctor named Norman Clarke noticed that the patients he treated for blood poisoning benefited in other areas as well, notably those associated with improved blood circulation. One of his patients suffered from acute angina or chest pain associated with poor circulation. After chelation therapy, the angina was gone. Clarke, knowing the role calcium plays in arterial plaque formation, postulated that chelation was removing it from the vessel walls. Turning his efforts to heart disease patients, he saw rapid improvement in their conditions. He and his colleagues reported their findings in the American Journal of Medical Science  and a new use was found for chelation using EDTA.

There are many chronic conditions related to poor blood circulation. They include diabetes, stroke, Parkinson’s disease, hypertension, gallstones, senility and others. Reportedly, these conditions are also ameliorated by chelation therapy.

Rust never sleeps. Rust is harmful, to a car and a body. Here is where the damaging effects of “free radicals” become understandable. Atoms and molecules have nuclei with electrons flying around them. Nature likes balance so in most cases the electrons balance out. But shift happens. A little bump here, a little extra magnetic pull there, radiation (as in too much sun,) or even fried foods, and some of the atoms in our body lose an electron. Now we have what is called a free radical. It’s like a “loose cannon” looking for something to bump into. And because nature likes balance, free radicals immediately look for an electron to steal. They become scavengers.

One of the worst places for a free radical to pick off an electron is from the blueprint molecules known as DNA. When that happens, the building code of the cell is altered and unpleasant things (like, say, cancer) may result.

The body can handle significant changes but balance is the key. If the number of free radicals is too great, the body is overwhelmed. When a free radical bumps into a shard of heavy metal in the body, (and they are molecular shards!) millions of free radicals are created in a chain reaction. Now the scavenging increases and the body can’t cope. This concept is why the current interest in anti-oxidants.

Anti-oxidants. Rust is nothing but oxidation, the effect of free radicals of oxygen. Anti-oxidants are good. Free radicals are bad. That’s why Vitamin C is good; it’s an anti-oxidant. It picks up free radicals and makes them inoperable. Chelation’s role in this is that it removes an important co-reactive with the oxidizing radicals: metal. Now there is less oxidation and fewer free radicals to damage systems such as the body’s DNA.

An advantage of chelation is that it operates on a molecular level. If the body’s arteries are diseased, they are diseased down to the smallest vessels. Surgery and angioplasty cannot reach the very smallest. But a chelation molecule can. And, by the way, so can improved diet. Dietary and lifestyle changes should be a part of chelation therapy.

The interplay of free radicals, heavy metals and anti-oxidants in heart disease and circulation disorders is complex. Releasing the toxins into the system puts demand on the elimination processes of the body, the liver, kidneys, even the lungs. When using chelation, it is important to empirically measure the stress on those systems.

Next: Like chiropractors, chelation practitioners have expanded their various offerings.