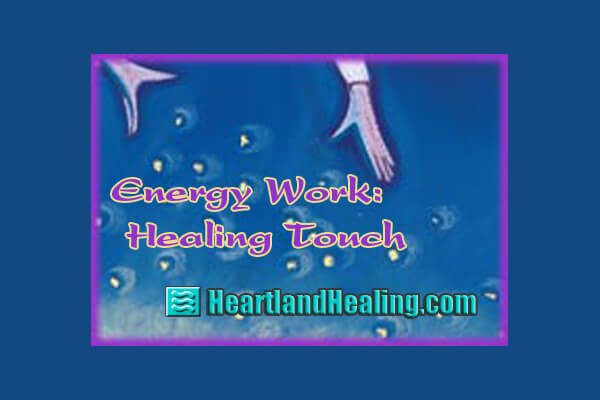 My mother was sick. It was 1994 and the oncologist planned to perform surgery on her neck. Concerned about her tolerance of anesthesia, I talked her doctor into allowing me to hypnotize her instead. Surprisingly, Dr. White* allowed me in the surgical suite to make sure my mother remained hypnotized during the procedure. It was successful and Dr. White was mightily impressed. It was the early days of alternative therapies in Omaha.

A few days later Dr. White phoned me. “I have a patient,” he said. “She is at UNMC with a rare form of spinal cancer and in great pain. We don’t want to just keep giving her stronger and stronger pain killers. I have heard about something called healing touch for pain. Do you know anyone who does that here?” As it so happened, I did. She was a nurse who does and I gave her number to Dr. White.

A few weeks later I happened to have reason to call my nurse friend. In passing, I asked, “Did Dr. White call you about one of his patients?” “Oh, yes,” she said. “I did several sessions with his daughter and she is much better.”

Wow! So, the “patient” was his daughter. Dr. White was willing to consider healing touch when it came to someone close and dear to him. Dr. White’s need to find a practitioner and my ability to help was signaled the beginning of Heartland Healing and our mission to inform and help connect the public with holistic and natural therapies.

The healing power of touch may be the oldest interventionist technique known to induce healing in another. Cave paintings in the Pyrenees mountains of Northern Italy dating to 15,000 B.C., are said to show ancient man healing each other with touch. Carvings and artifacts from early Egypt, Tibet, China and Mesopotamia demonstrate the early development of the therapeutic value of touch. A medical textbook published in 2600 B.C., the Huang-ti Nei-Ching (The Yellow Emperor’s Classic of Internal Medicine) describes the use of hands-on healing among its varied therapies. Roman Catholic churches of medieval times display the use of touch as a healing technique in icons and artworks. French and English histories speak of the “King’s Touch,” which was said to heal.

A touch expresses, a touch connects, a touch closes distance and in an instant reminds us that we are not separate. Touch quite truly lowers the resistance of energy between two bodies and when that energy is linked, the potential is raised.

The therapy of healing touch and associated modalities is based upon the simple understanding that the human body expresses and maintains an integral energy field.

The history of touch and healing intertwine, going back millennia. It is through the studies and practices of Dr. Dolores Krieger that touch and healing has found a place in Western allopathic medical practice. Krieger’s formal development of Therapeutic Touch made a traditional, long-accepted modality become finally welcome by large segments of the American medical establishment. Dr. Krieger observed case after case of healing while watching a 71-year-old retired Hungarian cavalry officer work with people with all description of ailments. The gentleman, Colonel Estebany, would sit quietly near the person being healed and move his hands near and around the body of that person. Dr. Krieger began doing her own studies while a professor at New York University. She found that empirical changes can be measured in the body as a result of the therapy. Therapeutic Touch and other healing practices, (some would say all healing practices,) use the knowledge that illness or dis-ease is the result of a body’s energy field becoming unbalanced. Dr. Krieger surmised that the touch worker, by interfacing their energy field with the field of the sick person, would influence the patient’s energy to rectify imbalances in that field and allow the energy flow to proceed uninterrupted, thereby restoring the natural state: health.

Described briefly, the practitioner enters a meditative state, focusing intent. The patient or client can be conscious or unconscious. After establishing an empathic state, the healer passes his or her hands over the persons body. (Note: it is not necessary to actually touch the body but simply engage with the client’s energy field.) Attention is given to areas that signify an imbalance or blockage. These areas are determined by sensations or intuitions of the healer. The energy of the healer adds to or rebalances the field of the client. With balance restored, the recuperative powers of the body function more freely and the illness surrenders to the body’s healthful properties.

The development of the skill set necessary to perform a therapeutic touch session takes a devoted course of study, one that our friend Dr. White and his contemporaries never learned in modern medical schools.