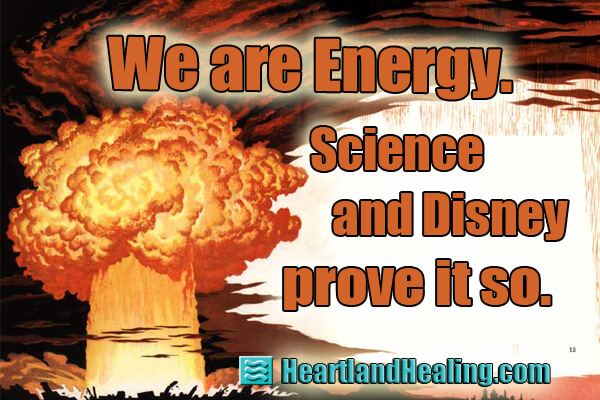 The year was 1956. Barely a decade before, the word “atom” leapt across the headlines on that horrible day in August. Prior to 1945, most people other than scientists and physicists had no interest and little care about things like atoms and electrons and nuclear energy. With the abrupt eruption of the Atomic Age, the mysterious world of quantum physics and the reality of what the world is really made of became common knowledge.

In 1956, one of the most famous entertainment moguls of all time published a book and released a movie that would help people understand the world a little better. The book, The Walt Disney Story of Our Friend the Atom, appeared in the children’s department of the old downtown Omaha Public Library.

In a 165-page hardbound book with beautiful and colorful illustrations — after all, it was a Disney book,— Our Friend the Atom explained to the public, and especially the younger generation, the nature of atomic structure and from that, the atomic structure of nature.

I have never forgotten reading that book in 1957. Learning about the great minds throughout history who theorized and developed possible explanations for the relationship between energy and matter was interesting enough. But the most life-changing bit was the “Aha!” moment I had when I realized from reading that book, that the world is not as it appears.

Solving riddles that great classical minds had labored with for centuries, that simple Disney book quite correctly made it clear: we, and all the world around us, everything, are made up of atoms. And those atoms are not made of matter but of energy. Solid matter, it taught me, is an illusion.

Taking a closer look. By page 114, author Heinz Haber, Ph.D., describes how an atom is really mostly empty space. In an atom, as tiny as it is, nuclei and electrons are even tinier and they are in turn very, very far apart. If the nucleus and the electron of a hydrogen atom were each the size of a tiny marble, and you placed the marble-sized nucleus at the 50 yard line, the marble-sized electron would have to be placed at the goal line.

As the book puts it, “All things around us — the solid chair you are sitting in, your house, the entire earth — everything is virtually empty space…

“If all the empty space could be removed from a human body — if all its nuclei and electrons could be crowded together into a solid mass — the body would shrink to the size of a tiny grain of sand that can barely be felt between the fingers.”

What the author of Disney’s book and the other scientists of that era didn’t realize was that the “matter” that is left breaks down into even smaller particles, into things we now know as quarks and gluons and leptons and mesons — subatomic particles. The body is even more empty than those 1950s-era scientists thought. But stopping to think about it for a moment, that empty space isn’t really empty. It is filled with something very powerful: energy. The “Aha” moment comes with the realization that I am not a “body,” I am energy.

Ancient principles. Quantum physicists, mathematicians and scientists of the late 20th Century were not the first to realize that the entire world, including of course the human body, is made of energy. In fact, modern scientists were some of the last to figure it out.

The scientists of ancient India, rishi as they are known, described the energetic makeup of the universe, including bodies, in great detail. To the ayurvedic physician of 4000 years ago, as well as the ones of today, that energy is known as prana. All cultures have some word that describes the essential, intangible energy of life. That energy is a flow that connects all things in the universe. It is the cause and defining factor of physical life. The Japanese call it ki. The Chinese and others call it chi. In Hebrew it is ruah, in the Philippines mana. The ¡kung bushmen of the Kalahari call it num and the ancient Greeks called it pneuma. In most cases, the concepts of life force are closely aligned with the breath and breathing because breath is the symbol of life as we perceive it with our physical eyes. The energy goes much deeper than that, however. It goes beyond and within the molecular level.

As such a simple book as Our Friend the Atom can explain, it’s almost intuitive to understand that to affect the big picture, healing has to operate on the level where change must be made, the level of energy.

Most conventional medicine is focused on matter, not energy. As one physician friend described, “Our answer to most diseases can be summed up as cut, burn or poison.” What he meant was that the arsenal of conventional medical remedies is often limited to surgery, radiation therapies or chemical interventions in the way of pharmaceutical drugs. All of those work on the gross physical level. (Even though radiation can be considered a form of energy, it is used as a “weapon” against the physical entities of “cells.”)

However, healers who recognize the importance of energy as the essential component of nature, work on a subtler level, seeking balance where it is needed.

Energy healing in the West. One of the areas of alternative therapies gaining the greatest acceptance in the United States is acupuncture. As a discipline of the larger field known as Traditional Chinese Medicine (TCM), acupuncture definitely is associated with working in the energy realm. The National Institute of Health recognizes acupuncture as an effective medical intervention and it is described at nccam.nih.gov/health/acupuncture/.

TCM and acupuncture are based on the understanding that we are indeed energy beings. In TCM, the goal is to enhance, balance and stabilize the flow of energy through the body. That energy is known in TCM as “chi,” sometimes described as “qi.” In the Japanese culture and Korean culture that essential energy of life is called “ki.” With acupuncture, the practitioner uses fine needles to balance the energy flowing through channels in the body known as “meridians.”

Other healing arts based on the knowledge of chi and ki have become accessible to Americans. Reiki, tai chi and qi gong are examples. Even the increasingly popular practice of yoga has the healing energy of prana as a basic component.

As we become more aware of the modern understanding of energy we can see how working on the energetic level is crucial to healing. Learning about the tiny atom can help us see the big picture.