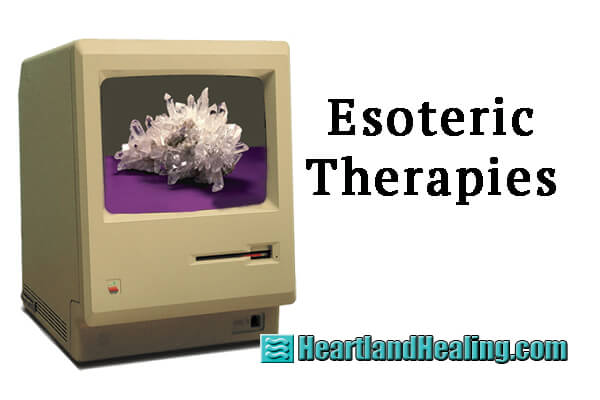 “The intuitive mind is a sacred gift and the rational mind is a faithful servant. We have created a society that honors the servant and has forgotten the gift.” – Anonymous

The Western, logical, analytical and data-driven mind struggles to understand how some therapies relate to healing. Western culture venerates the analytical mind. Far less respect is given to the power of the intuitive mind. Unless we consider how much we idolize artists, musicians and athletes who create using that artistic, intuitive ability.

Then there are the healing arts that respect both the intuitive and intellectual. Let’s face it, so-called alternative therapies have become almost commonplace. We are accustomed to hearing about herbal supplements, vitamin therapies, acupuncture, hypnosis and various types of massage therapies. Other areas of therapy that involve more subtle approaches have also found their way into the cultural experience. We read or hear about reiki, cranio-sacral therapy, healing touch and more. When we see terms like Rolfing, Alexander technique, feng shui or primal therapy, we may know that they have something to do with therapy but not exactly what that may be.

Then there is a group of therapies that are so esoteric the mainstream is still trying to relate to them. Most of those therapies work in the subtle area of energy healing. Terms like aura fluffing, crystal therapy, chakra clearing, color therapy, raindrop therapy or zero balancing may cause the general public to scratch their heads in wonder.

Western thinking may some day come to accept and understand some of these esoteric therapies. Institutions always lag behind the grass roots. After all, it took 4000 years for American science to begin to understand that acupuncture works. 25 years ago the establishment scoffed at ancient Chinese medicine. Now, acupuncturists and chiropractors travel with major pro and Olympic teams. World-class athletes wear magnet wristbands and do visualization techniques.

Most esoteric therapies are not based on science in the way that the Western mind understands science. But most aspects of those therapies still make sense. At least an understanding of the process involved is helpful. Here are a couple of examples.

Aura Balancing As with many esoteric therapies, aura balancing recognizes that the physical body is a manifestation of energy. There is nothing controversial about that. It’s simple physics. It should be understandable then that our field of energy extends at least a little way beyond the surface of our skin. That extended energy field is called an aura.

The theory or belief holds that in certain cases that aura can be detected and evaluated. A trained observer, for example, may be able to notice a weakness or deviation in the energy field. Even without assigning meaning to that deviation as far as any physical ailment may be concerned, it may be considered obvious that the optimal situation would be a smooth and coherent energy field.

Balancing that field of energy can be accomplished by a variety of means. Practitioners who use such techniques may include a form of healing therapy in which the practitioner’s hands hover near the body without touching it. This allows the practitioner’s energy field to interact with that of the client. Another method employs the use of intent or focused awareness. Thought and visualization mobilizes the intuitive part of the mind and affects the energy field. Other methods may involve the use of crystals or geometric shapes to influence the aura.

Crystal Therapy This one gets skeptics and critics shaking heads and clucking tongues. “What do crystals possibly have to do with healing?” they might say. The idea again begins with energy.

You might think that you would never use crystals for healing or anything else. But you’d be wrong. You already use crystals every day. Crystals have the ability to amplify, store, regulate and respond to energy fields. Or have you forgotten the silicon crystal chip that is the heart, soul and brain of your cell phone, Apple watch, automobile, solar panels or computer? Memory chips in your laptop are made from silicon. Why do you think they call it Silicon Valley? And silicon is a crystal.

It’s a fact that crystals are used with energy in many ways around us. Why should it be surprising that a crystal near or on the energy field of the body would have an affect?

Some crystals, just like some silicon chips, have the ability to store information permanently. These crystals are called record keepers. In the computer world they would be called ROM or read-only memory. Other crystals are better at redirecting memory or fluctuations in energy.

We should not be so quick to dismiss healing techniques that exist outside the mainstream model of techno-pharmaceutical medicine. Though the consumer should always look askance at false promise, an open mind can be a source of health.