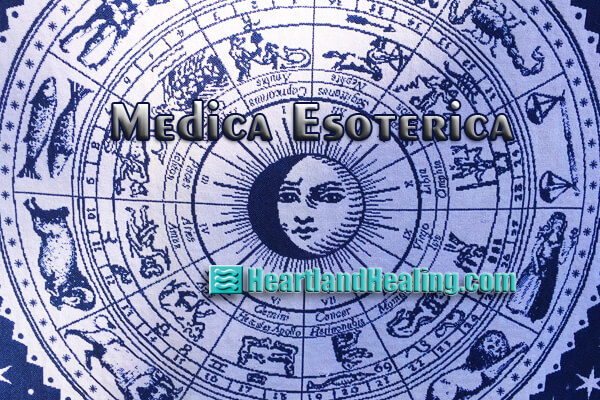 It took Western medicine about 5000 years to recognize acupuncture as a valid and effective medical therapy. Acupuncture treats dozens of medical problems and improves the health of millions. Admittedly, Western medicine had few opportunities to learn about acupuncture and Chinese medicine. Until the 19th century few people in the West were aware that there was an entirely different way to look at health and healing. Still it took over one hundred years for our brand of allopathic medicine to explore, then acknowledge, that such an ancient technique was effective. Even as recently as a decade or so ago, many skeptics were eager to dismiss modalities like acupuncture, along with herbs, chiropractic, energy medicine, aromatherapy or feng shui as so much quackery. Few now dare to dismiss those modalities and others since millions of Americans find them effective and Western research finally evaluating some of them.

Therapies outside the convention of 21st century allopathic medicine have become so commonplace that many attempt to integrate these types of modalities into conventional clinics and settings with varying degrees of success. Failures are more likely due to the fact that traditional medical treatments like acupuncture and others are the polar opposite of Western medicine’s allopathic approach.

So, while modern American health care providers have opened to many alternatives such as herbal therapies and acupuncture, there are many other modalities or traditional practices that defy the Western logic model and will be a long time in gaining that same acceptance. Here some that are more esoteric.

Reiki The method of healing originated by Usui Sensei around the turn of the 19th Century is said to have evolved from an ancient Tibetan energy healing technique. A reiki practitioner works more with the energy field of a subject than with the body. Reiki does not require physical touch though the hands are usually placed in close proximity of the body. Archetypal symbols developed by Usui are also included in the traditional practice though less frequently used by most practitioners. Reiki, (the two syllables referring to “life energy,”) actually is used in many clinical settings. Reiki has even been described as effective as an adjunctive therapy in cancer cases at Congressional hearings. Yet it does not enjoy the general acceptance that many other alternatives do.

Color therapy. It’s well known that there is an association between the painted colors of our environment and mood. Pop psychology says that orange is an unsettling color and that’s why some restaurant chains include orange and other abrasive colors in the décor so that customers don’t dawdle over that bottomless cup. Hospitals often use pastels to create calming environments. Red and black are supposed to bring out the masculine side of anyone. Color does have its accepted mood connotations.

But one application of color not likely to find its way into the integrative medical setting real soon is directly using color to heal. Color as representative of light and therefore a frequency on the energy spectrum works directly on the level of energy. Proponents relate a color frequency to energy frequencies that correspond to areas of the body or conditions. Using colored light, visualizing color, charging water with colors or wearing certain color clothing can have impact. Using specifically colored candles is part of the practice. Examples of conditions and the corresponding colors that practitioners say effect them include anemia and the color red, anxiety and the color light green or blue, kidneys and yellows, nausea and ice blue, rashes and lemon or blue.

Aromatherapy. Aromatherapy seems to just hang around the fringes of the conventional Western model. In recent years it was trendy for conventional medical settings to have so-called aromatherapy candles or scents in lobbies or waiting rooms. The word became overused and it seemed like every item on the grocery shelf that had any fragrance at all was labeled “aromatherapy.” The fad seems to subsided but the actual practice of aromatherapy is very real.

Aromatherapy as the Western mind tries to embrace it isn’t actual aromatherapy. Too often, the fragrances used aren’t actual flower essences but synthetically produced aromas. Do not confuse plug-in smell makers emitting dubious chemicals with the true practice of aromatherapy.

Ritual healing. Shamanic therapies, drum circles, sweat lodges and vision quests have been therapeutic regimens for many Americans willing to experiment with tradition. Tapping into a healing power that transcends the physical is at the core of ritual therapies. All of these modalities involve using the mind or at least allowing the mind to travel inter-dimensionally. Ritual healing techniques are not unusual to millions of inhabitants of the planet but they seem to present a challenge to the mindset of the West.

Urine therapy. The ayurvedic term for urine therapy is amaroli and even Gandhi was said to use it. Though people are finding it an effective therapy both topically and internally, don’t look for it to become a regular prescription covered by your HMO.

Astrology and esoteria. Interest in the mystical arts blossomed with the Flower Power Sixties. Expanded consciousness increased interest in more ways to expand consciousness! Exploring the connections between the cosmos, the planet and ourselves opened doors to age-old stratagems that charted the stars and implored spiritual totems for help in healing.

Ancient and revered theologies that recognized our connections with nature such as paganism, asatru, shintoism and Druidic practices are all around us. While yoga has evolved into an Americanized practice devoid of all Hindu connections, pagan or nature rituals are still just outside the firelight.

Most of these fringe modalities will never be completely understood or accepted into Western healing arts — fortunately. Staying unadulterated is a good thing.