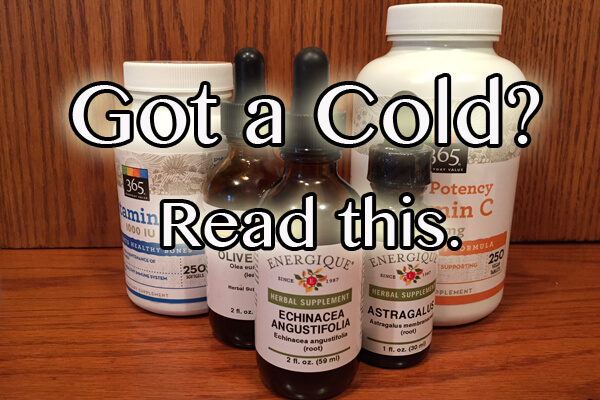 A friend called from Los Angeles the other day. She was in a fix. “Okay, doc, what’ll I do?” she started, despite the fact I’m not a doctor. (I took it as a term of endearment.) “I’ve got an earache, my throat is sore and I’m starting to feel a cough coming on. Feels like I’m getting the flu. Worse still, my son’s wedding is in six days. I can’t take time to be sick.”

This was a rapid onset that required triage. I spent a few minutes describing exactly what I would do, what brands of herbals and supplements and in which format I preferred as well as other protocols I would follow. I added a couple texts and emails with more information.

To my delight, my friend texted two days later: “It worked! Symptom-free. You’re a genius.” (Though that last part is undocumented, I again took it as a term of endearment.)

My friend’s ailment subsided, probably for a couple reasons: The protocols and the herbals I suggested are known to have healing properties and have worked successfully for centuries. Secondly, all maladies, as far as I can tell, are both self-limiting and at the same time chronic. One of my teachers quite clearly stated that it was a well-kept secret that doctors were taught that most patients who come to see them with a complaint will get better on their own, whether the doctor does anything or not. That’s the nature of most illness. And think about it. Isn’t it true that most the time you get well eventually anyway? And then isn’t it the truth that you’ll likely get sick to some degree in the future? See, that cold you had last year didn’t really get cured. The virus that developed into those cold symptoms is still in your body. It’s just subclinical, as we say. Weaken or stress your system just a little bit and it will emerge again. You never really get “well” and you never really get “sick.” The body just wavers between stasis and imbalance.

The Herbals. So when flu season comes around and when those symptoms arise, you may be wondering what kind of protocol I described to my friend. Here’s the quick breakdown.

I told my friend to immediately start with two different herbals, Echinacea angustifolia and Chinese Astragalus root. And I told her not to mess with capsules or powder. Properly brewed tinctures are preferred. Tinctures drawn in the spagyric method1 are the most effective. When symptomatic, I use about 60 drops (two droppers full) under the tongue, three times daily. The Echinacea particularly will numb the mouth. That’s what it does. Hold it there as long as comfortable then swallow with some pure water. Echinacea is actually the common coneflower. You see it all over the Great Plains and native Americans used it extensively. As for tinctures and herbals, I told my friend to look for a brand called Energique. It’s been made just up the road from Omaha in Woodbine, Iowa for the past 50 years or so. I’ve visited the plant, observed the system and quality-control and trust the product. (Full article HERE.)

Vitamins. Ever since double-Nobel laureate Linus Pauling wrote Vitamin C and the Common Cold, folks have taken vitamin C seriously. “How much vitamin C should I take?” my friend asked. I mentioned a physician I know who took 15 grams daily for weeks just to see if there were adverse effects. He noted none. Pauling himself said 2 grams daily was preferred. I told my friend I would take 3 grams, in 1 gram tablets over the course of a day. I’d also take a healthy dose of vitamin D3.

Old School. One of the things my dad taught me was to gargle with warm saltwater. There was a saltshaker in our bathroom medicine cabinet and he did it most every morning. I reminded my friend of that and she agreed. It could be that it is a good oral douche or it could reestablish alkaline balance. Something about saltwater does it. Ask any surfer with a cut who gets in the water and sees it heal by the end of the day.

The ayurvedic practice of neti is also highly effective, especially when the sinuses are involved. But nasal irrigation is tricky. I don’t recommend the Western method at all. Learn the actual ayurvedic way.2

Honey and lemon in hot water is another protocol to stick with. Honey is a known antibiotic and lemon an astringent. Both would tend to lower the bacterial and viral load in the buccal cavity.

Olive Leaf and Oregano. Olive leaf extract is a botanical gaining popularity as an antibiotic. My preferred use is to place 40 drops in a shot glass of pure water. Gargle with half of it then swallow. Drink the rest. Oregano oil is also an effective antibiotic I would use similarly.

In any case, there is rarely a need to resort to drugs to give the immune system and the body the ability to reclaim health. Keep these tinctures and items on hand. They don’t spoil. Then you at least have the option to use them.

Heartland Healing is a metaphysically based polemic describing alternatives to conventional methods of healing the body, mind and planet. It is provided as information and entertainment, certainly not medical advice. Important to remember and pass on to others: for a weekly dose of Heartland Healing, visit HeartlandHealing.com. and like us  on Facebook.