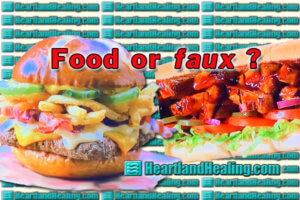 When Whole Foods founder and CEO John Mackey pulled a Mitt Romney-style move in creating a faux online identity in order to hector critics of his company, his motives and clarity of thought became suspect. Under pseudonym identity “Rahodeb”,  Mackey left scores of postings in a Yahoo finance chatroom touting the laurels of Whole Foods and slagging his competition, Wild Oats. He may have influenced Wild Oats stock prices. Eventually, Mackey leveraged a buyout of Wild Oats and that strong-arm move left a bad taste in the mouths of many health food fanatics. Instead of two very strong, major chains to choose from in many markets, consumers’ choices were minimized and organic, healthful, non-GMO foods became the market Whole Foods cornered. Mackey’s entire approach and disdain for the common shopper put him on my brown list.

So it’s with more than a little angst that I find myself agreeing with an observation Mackey made in September. In a nutshell, Mackey noted that the American mortality rate from the Wuhan China virus is higher than many other countries because of the lifestyle choices too many Americans make when it comes to food. Comorbidities (how many times did you read that word prior to Covid?) such as heart disease, hypertension and diabetes linked to obesity play a major role in how a person responds to infection. Of course, it’s not just about the coronavirus. Those conditions increase mortality, period.

More like “diet shaming.” Mackey immediately took incoming fire, accused of “fat shaming” Americans. But it’s important to realize that a person doesn’t have to be overweight in order to manifest diabetes, hypertension or heart disease. Those conditions and others afflict Americans of all shapes and sizes. Possibly the greatest determining factor for our overall health is the stuff we put in our mouths and broadly call “food.” It’s often not a case of what we are getting but of what we are missing. We get calories but miss out on nutrients.

Americans make food choices that are downright embarrassing. Of course, we’ve exported our mass-marketed junk food to the rest of the Western world, too. Our fast food chains are everywhere. And the health consequences follow. Too often, we are eating stuff that should not be called “food” but should be known as “faux food.” Overly processed “meat-like” substances are heaped onto “bread like” platforms to deliver salt, sugar and fat to our gullible gullets. Reductionist nutritionists will jump to claims of the crude contents of “protein,” “carbohydrates,” and some basic vitamins and minerals to insist that those fast food items provide nutrition. That’s smoke and mirrors. Nutrition is more than just a few macromolecules. Micronutrients are missing from fast foods. John Mackey had it right when he named his grocery Whole Foods. Those are the ones we need to eat, not processed materials.

Not the food desert. While it may be true that some urban areas are underserved when it comes to real grocery stores, there is no doubt that Americans have access to a wide range of healthy food. And it’s not some ghetto vendetta. There are few grocery stores within walking distance of even the toniest of neighborhoods. Eating faux food is a matter of choice; that and addiction.

In his book, Salt, Sugar, Fat, investigative journalist Michael Moss describes in detail how Big Food laces processed food with addictive substances to keep us coming back for more. It’s not a myth. And if consumers take the bait, the hook is set. Once you start down that path, you can be a fast food, junk food, processed food addict for life.

It’s not just the obvious junk, either. Seemingly healthful choices can also be at the low end of the nutrient scale because of how they are produced. Even a box of “organic” cookies or a package of “wild caught” frozen fish can be devoid of important nutrients just because of the nature of mass-produced foodstuff.

The meat. While the Crazy Squad may be radically off-base aligning with the “meat is bad” mob, it is true that industrialized livestock is the greatest threat to bodily and global health. It’s not eating meat that is necessarily the problem. It’s how we raise it. Setting aside the moral issue of killing a sentient being to consume it, confined industrial livestock results in less nutrition and more pollution. And choosing away from that is every American’s option.

Anyone can follow Michael Pollan’s aphorism and reap the reward of better health. On the cover of his book, In Defense of Food, Pollan states simply: “Eat food. Not too much. Mostly plants.” Those are words to live [healthily] by.

Still, it’s important to parse Pollan’s words. Eat food. Not processed, boxed up or prepared faux foods. Real food. Start with this basic: unless it comes in its own skin, shell, grain sheath, it might not be food. Cardboard? Pass. Cello? Pass. Plastic? Definitely pass.

And when it comes to the Drive-Thru? Make it a Drive-By.