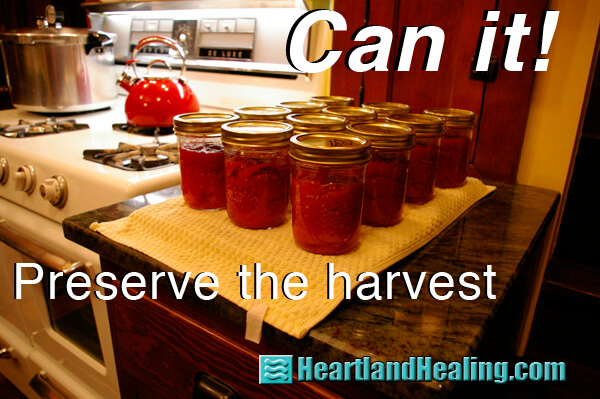 The United States Department of Agriculture tests foods for pesticide residue. Now, they don’t test for all potentially dangerous pesticides. For example, only recently did the USDA begin testing for Monsanto’s glyphosate poison, Roundup. And they still don’t test for pharmaceutical drugs. But what we do know is that, according to the USDA, a conventional tomato you buy in the grocery store has an average of 35 pesticides in it. The Environmental Working Group has placed tomatoes on their Top Ten Dirtiest Produce list.

So, unless you want some carcinogens, hormone disruptors or other toxins with your evening salad, you’d best be buying organic tomatoes. You know, the ones that don’t have pesticides at all and only cost about twice as much. If you’re willing to pay over $3 a pound, you can get some pesticide-free tomatoes. Of course, the wiser option is to start a couple tomato plants in the spring and you would be harvesting more than you can eat right now, virtually for free. Which brings us to the important topic of preserving that bounty of fruits and veggies so you can eat better and economically the rest of the year. Only a couple generations ago, families put up food for the winter once we reached harvest time. People knew how to preserve the harvest, how to can foods for the winter. Now there are options that include freezing, dehydrating, canning or doing nothing.

Do nothing.  Some foods will last a very long time into the winter (and beyond) if stored properly. Root vegetables like squash and potatoes, onions, beets and carrots can be placed properly in a cool, dry location like a basement or even a cool, dark pantry shelf. Just trim the leafy part, leave them unwashed and wrap in towels or newspaper to store in a cardboard box.1

Freeze. Here’s one thing we do. Take those extra tomatoes you grew (or buy some “canners” from your favorite farmer at canner prices,) and make a very simple tomato sauce by washing, quartering and cooking them down. Leave out any particular seasoning so you can make Italian or Mexican sauce later. Then fill a pint or quart Mason jar 3/4 full and freeze. If you handle the jars with care, you’ll have no problem. Bumping them or overfilling could cause breakage and you’ll have to toss. Other veggies can be frozen just in ziplock bags. Green beans, okra, carrots, zucchini can all be frozen whole. Even tomatoes hold up well that way for use later in sauces.

Canning. Canning is the classic way to “put up” food for winter and longer. Properly canned foods, usually stored in Mason jars, can last years on the shelf and still be safe and tasty.

Canning seems mysterious at first but it’s really quite easy. There are two basic methods: hot water canning and pressure canning. Pressure canning is a preferred method for most things and lasts longer on the shelf.

Low pH (more acid) produce like tomatoes and fruit can be processed in a boiling water canner but those canners don’t develop the heat necessary for meats, vegetables and other items. A pressure canner is sealed when you use it on the stove and the cooking temps get much higher.

How easy is canning? Cut up some local tomatoes. Seal in canning jars. Put the jars in a canning pot that contains water. Seal the cover of the canner and boil for a specified time, about 20 minutes. Let the jars cool and put them on the shelf in a closet or cupboard. How hard is that? Bear in mind that is an oversimplified example, not exact instructions. Different foods require different cooking times and there is plenty of information online about canning. Canning can be a fun family activity for a weekend afternoon. We picked up a pressure canner at Nebraska Furniture Mart for about 50 bucks several years ago. The guide that came with it was easy to understand and follow. There are several online guides2 that are useful but don’t get blown away by the ones that make it look like it’s rocket science. It isn’t. It just has to be done correctly.

Smoke ‘em if ya got ‘em. That’s an cliché line from many an old black-and-white WWII movie. But for us it means you can smoke meats and fish to preserve them for winter.

Jerking and Drying. My relatives in South Dakota used to trim thin slices of beef off of flank steak, salt it heavily and drape it over barbed wire in the hot August sun. Well, that may not be the best recipe but making jerky or dehydrating other foods is an increasingly popular way of preserving the harvest. You can dry foods in the oven or spend thousands on dehydrators that freeze-dry the food for you. Both will work.

No matter what you do, saving money, eating cleanly and gaining nutrients are two benefits of putting up during harvest time.