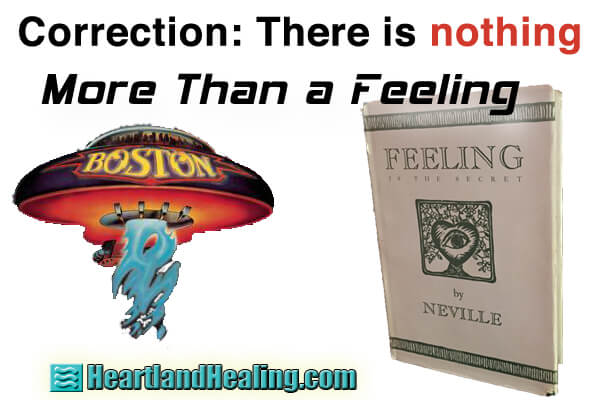 You know that huge hit song, “More Than a Feeling”? That single was mixed in the legendary Record Plant Studio B in Los Angeles by Deni King in about three hours on a sunny Saturday afternoon in 1976. I know because I was waiting in the canteen for Deni to finish so we could go to dinner. Neither of us had any idea it would be a monster smash, launching the career of Boston. Though much is made of the genius of guitarist Tom Scholz, Deni and producer John Boylan used a studio trick to create the crisp and sparkling guitar sound that opens the song. “Feeling” has a secret.

The Greatest Mystic You’ve Never Heard Of. The Bible is generally considered the most powerful piece of writing of the contemporary era. In 1455, when Johann Gutenberg sought to print something with his newly invented printing press, he used the Bible as the first experiment in mass media. Why not start with what most of the Western world believed to be the word of God?

Lost in translation. Contradictions and disagreement of interpretation run rampant with the Bible. Some adherents claim that as much as 98 percent of the various translations textually agree. Others analyze and find as little as 10 percent of the text agrees. Many insist that a book that contains paradoxes such as “love thy enemies” but also teaches “an eye for an eye” must have been adulterated through the ages.

Using textual criticism techniques, biblical scholars note how scribes changed wording in the Bible by intention and accident. And even if copies of the Bible were without errors attributable to translation, handwritten transcriptions and scripted changes, they are still subject to personal projections by the authors.

One-word moniker, lived in NYC, studied Qabalah and is not Madonna…?

Mystic Neville Goddard (1905-1972), known by the single given name Neville, saw an enlightened approach to the Bible. By 1926, Neville’s interest in metaphysics led him to the Rosicrucian Society, the Qabalah and the Hebrew text Bible. There he found the underpinnings for what is described as the “law of consciousness.”

Neville viewed the Bible in a holographic sense. A hologram is a three-dimensional image that takes on a different appearance when viewed from different aspects. But the innate essence never changes.

In the scriptures, Neville found a recurring theme. Stories and parables throughout both Old and New Testament appear as an extended metaphor for the power of mind, the reality of consciousness.

Seen through modern psychology, with terms like conscious and subconscious awareness, biblical references held true to the theme of the inner world of mind creating the outer world of form. Through the 1930s and ‘40s, Neville traveled the country delivering his message as he found it in the Bible.

In 1946, he published his first writing, a modest 18-page treatise titled The Search, no more than a thread-bound pamphlet. But the die was cast. His teaching summed up on page 13: “… life moulds the outer world to reflect the inner arrangement of our minds. It is to our own consciousness that we must turn as to the only reality, the only foundation on which all phenomena can be explained.” Neville went on to write several books, including a cornerstone titled Feeling is the Secret.

By the 1960s, Neville was lecturing weekly to packed houses at the Wilshire Ebell Theatre in Los Angeles. There was never a fee and people lined up circling the block along Wilshire Blvd.

Thought creates form. The physical universe is but a veneer over something unseen. Physics teaches we are not solid matter but energy. And thought is a profound though not yet fully understood wavelength of energy. Even thousands of years ago, great thinkers credited thought with creating the universe.

In Timeaus, Plato dialogues a cosmology that thought lies at the core of creation. Modern science’s “brane theory” describes that physical reality — stars, planets, black holes, human bodies, empty space and so on — is but a thin membrane over a vast, yet physically unperceived universe.

In brane theory, our universe is like a thin veneer of scum on top of an infinitely deep pond. We know only that scummy top layer. What goes on in the rest of creation is but a hint or whisper of undercurrent deep within the pond. That pond is a huge unseen sump of cosmic energy. Tapping the abstraction of it requires using the only abstract tool we have: the subconscious.

Neville was not the first to see that thought creates all. Indeed, much of his message is that the Bible serves as a guide to the use of mind and imagination and feeling to harmonize our higher selves with this physical universe. In his book, Feeling is the Secret, Neville teaches the key to tapping that energy and illuminates the timeless message in the Bible when viewed with the discernment of knowledge.

Dolby may have been the trick to “More Than a Feeling”. Feeling is certainly the trick to Neville’s key to creating.

Heartland Healing is a New Age polemic describing alternatives to conventional methods of healing the body, mind and planet. It is provided as information and entertainment, certainly not medical advice. It is not an endorsement of any particular therapy, either by the writer or The Reader. Visit HeartlandHealing.com for more.