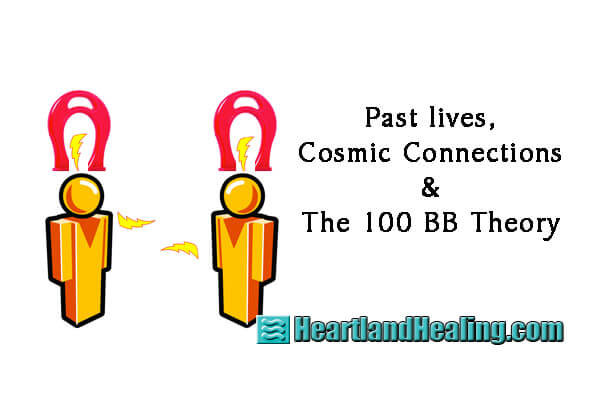 Alright, let’s get started with a point of agreement: that there is some kind of conscious, living force that animates human beings — actually all living things but for our purposes we’re talking humans. It’s a fact that the Universe is filled with energy. Can’t go anywhere and not find it. And it affects all things, flows through all things. And you can call it whatever you want. Now at this point you may want to read and reference the previous column that is the primer for this one. It’s here.

This is a brief review. When a candle is extinguished, there is a window of time where if a flame is reapplied to the column of smoke rising from the “dead” wick, the flame jumps back down the column and reignites the candle. The molecules of smoke have not dissipated enough for the candle to be permanently “dead”. Now imagine that is sort of what happens when a human being dies only the “molecules” are actually globules of “life force”. Some Theosophical educators might call them “orgone” elements, an admittedly controversial approach.

So back to our human being. Imagine a person “dies” and their life force starts to dissipate but within that window of time, a Source of life energy reapplies that force and the person comes back from the edge of death, just like that extinguished candle comes back. We know people have “near death experiences” and often “come back” feeling changed. The 100 BB Theory can explain that as well as more.

New Metaphor Okay, now hang in there. We’re gonna switch metaphors from orgone or smoke molecules to little magnetic BBs like those little round things used by a kid’s BB gun. Imagine if you will, that a human being, let’s call him Bob, is made up of 100 BBs of life energy, all neatly held together by a Source of “magnetism” applied to it. Imagine a Magnet stuck to the top of his head holding all those 100 BBs that are “Bob” together and thus he’s alive. Now, imagine all humans are riding together in the Universe like they’re riding in a train boxcar. Next to “Bob” in this boxcar is Sally, Tom, Mary, Larry and so on, all animated humans made up of organized bodies of 100 BBs. But check this out: also in the boxcar, rolling around on the floor as the train moves along the track of Time, are the loose BBs of people who have gone before, lived before. It’s a jumble of BBs that used to belong to Aidens, and Melanies and Freds and Ethans and Isabellas — billions of BBs from “dead” people just rolling loose. They are all spread out far and wide.

Okay, as Don Henley sang, “Are ya with me so far?” Now, back to “Bob”. Say Bob has a near death experience (NDE), the Magnet has detached from his head and his BBs start to roll away. But what if the Magnet comes back soon enough to recapture the BBs and reassemble Bob as a human again? He comes back to life after a NDE. But consider that when he does, maybe one or two or ten BBs managed to roll far enough away that they don’t make the renewal. Well, the Magnet picks up whatever BBs are close enough to fill out the 100 needed. What if Magnet picks up a couple BBs from the late Ethan, a BB from the late Mary, two from the passed on Fred and so on. Bob no longer has all the same BBs he had before the NDE. So Bob feels “different” after the NDE. That’s a common observation.

There’s More. Now, let’s backpedal. We’ve been describing the original Bob as if Bob were made of all-new, Bob-specific BBs at his conception. But he wasn’t. We are all made from recycled BBs that have been around and used to make humans for a very long, long time. Not that there aren’t an occasional new BB or two made once in a while. But they are as rare as Bitcoins and of a limited number. So think this over. When Bob first came to life, he had to be made of 100 BBs that existed in the boxcar. When the Magnet came down to make an entirely new composite human, Bob, Magnet went to the floor of the boxcar and picked up 100 BBs. Whose BBs did it grab? It was a random selection of 100 BBs. Magnet may have gotten 10 BBs previously used by Tom Scratchit, born 1897, died in WW I in 1917. Magnet picked up 12 BBs from someone who lived in 524 A.D. named Hussein, four BBs from a 16th century poet named Johann, four from a prehistoric cavewomen with no name and 20 from Jacque Robard from the 18th century. In total, Bob got 100 BBs to call his own… but they had history.

So Bob is living his life in 2017 with his assembly of pre-owned BBs, just as we all are. He’s not intellectually aware that he has 20 BBs from Jacque but he knows he likes brie and French sourdough and watching the Tour de France on TV. Then one day he meets a lovely woman named Tamara. He almost feels like he “found” her. They recognize a connection the moment they shake hands. Tamara feels the same way about Bob. What they don’t consciously know is that Tamara has 12 BBs from the previously noted Jacque, the same Jacque that provided Bob’s 20. No wonder they feel connected. They have some common BBs gathered from the bottom of the boxcar! On top of that, Tamara has a few other BBs that once were used by Bob’s great-grandfather. Bob has a couple BBs from a woman who once cheated on his great-grandfather. Are you starting to get the picture? It can get pretty complicated.

Look, it’s not a theory that is going to be proven in a laboratory any day soon. But it has a bit of basis in science and quantum physics and facts about energy. All I know is that the 100 BB Theory helps explain a lot of things: why and how we are eternal beings, what happens in a near death experience, why we have certain connections — and conflicts — with people in this world. Just watch out for those women who got a few too many BBs from a dancehall girl in a Wild West brothel. Or men who had a roving eye in the Roaring Twenties. Not all “magnetic attractions” are the good kind.