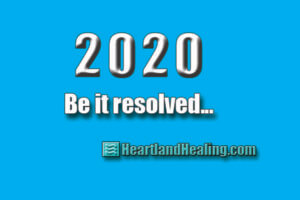 Will make you happier

I’m going to reveal the exact moment when I realized American medicine kills people. I am not recalling the exact date but the exact circumstances, most likely winter of 1973. I was working part time as a Respiratory Therapist at Omaha’s old St. Joseph’s Hospital on 10th Street. A bunch of us med and pre-med students ran the evening shift. To summarize, we used respirators to infuse patients’ lungs with a saline solution and sometimes doctor-prescribed drugs. One such drug was Isuprel. My own personal OCD led me to read everything I could about it, including dangerous contraindications. One evening, I was assigned to treat a patient who had just suffered myocardial infarction. I learned that by reading his chart, though we weren’t required to do that; our mandate being, “Just plug ‘em in and vape ‘em.”

That night I was reluctant to administer the contraindicated Isuprel that may harm so I went to ask the floor nurse. She was missing. I gleaned the doc’s phone number from the chart and dialed him up. It sounded like he had just finished cocktails and I asked him if he really wanted me to administer a contraindicated drug to his patient. Immediately incensed, he asked, “Who is this, again? Let me speak to the floor.” The floor nurse had just appeared. I surrendered the phone and heard her side of the conversation, something like this: “Yes, sir. No, sir. I apologize for that. Yes, doctor. I understand, doctor. No, it won’t happen again, doctor. Thank you. Good night.” She turned to me. She wasn’t angry or put out at all; almost had a sparkle in her eye.

“Doctor says, give the patient saline. Withhold Isuprel. Oh, and he also says that you are never, ever to call him or any other doctor at home again.” This time the corners of her eyes definitely turned up in a twinkle.

That moment I knew that maybe, just maybe, I didn’t want to be part of a system that could and did endanger people far too often. Fifteen months later I was in Los Angeles engineering albums for the likes of Frank Zappa, the Eagles and others.

“More powerful than a locomotive…” Drugs are powerful. That means they can be dangerous. The most powerful drugs are pharmaceuticals that are highly concentrated or refined. Just imagine what it takes for a substance to take control of organs and functions that can stop your immune system from working, drive fluids out of your body, halt natural emissions of hormones and endocrine processes; drugs that can completely block nerve impulses to your heart or activate neurochemicals in the brain. I mean, these things are powerful.

Now, make no mistake. As I always say and have written so many times before, there is an absolute place for American/Western medicine in the human experience. When it comes to massive trauma or pathological imbalance, the weapons that can be brought to bear by modern medicine are miraculous.

But let’s be real. Emergency medical treatment is the smallest. Most Americans use modern medicine in a much different way, through pharmaceutical drugs and elective procedures.

Just say “No” The majority of Americans are on drugs; prescription drugs. No hyperbole, just fact. Worse, most of those Americans are on multiple drugs. Americans take pills for ills, even if there are proven holistic, natural and safer ways to avoid the drugs.

The most common ailments that people take prescription drugs for include blood cholesterol levels (though high serum cholesterol isn’t even a disease!); hypertension, (which is also a symptom and not a disease); pain medications, (pain being again a symptom, not a disease); diabetes; heart disease. Every one of those conditions can be addressed by lifestyle changes and/or holistic methods.

And we haven’t even mentioned the psych drugs that all too often establish a lifelong dependency though they are supposed to be a temporary measure.

And all prescription drugs — not some, all — have side effects that can have devastating results, even death. If you haven’t heard all that on the television ads, then you haven’t been hearing the television ads. So we are faced with the paradox that although there are a multitude of natural, holistic methods that can address the health conditions people encounter, people instead choose or are talked into taking a pill.

20/20 vision. I know so many people who say they hate being on drugs. So many people would love to get off of the drugs they are on, whether they are talking psych drugs or physiology drugs. If a person resolves that they do want to get off of drugs, it’s a choice that can have a profound benefit to their life. It can be the greatest resolution one can make.

But no one should take my advice or the advice of any lay person I know of about their prescription drugs. Those drugs are too powerful. You gotta talk to the profession that got you hooked on them in the first place. That means finding a doctor who can help. 2020 could be a good year for that. Welcome to the Twenties!

Heartland Healing is a metaphysically based polemic describing alternatives to conventional methods of healing the body, mind and planet. It is provided as information and entertainment, certainly not medical advice. Important to remember and pass on to others: for a weekly dose of Heartland Healing, visit HeartlandHealing.com.
2019.12.17