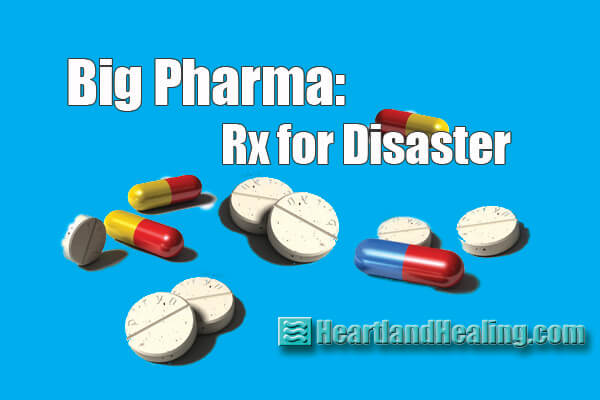 America’s medical system is a mess. Unless you’ve been living under a rock, you know we spend far more on healthcare than any other country. Yet our life expectancy and medical outcomes are at or near the bottom of the list of modern nations. Why? Well, the short answer is that we countenance a corporate-controlled, profit-driven medical system run by distant, obscure medical equipment and drug developers and the very hospitals that make billions of dollars in treatment costs. And that’s not going to change anytime soon. Unless one makes a concerted effort to remain outside the grasp of American medicine, one step into that vortex and you’ll be lost in a never-ending linearity that will swallow you up protocol by protocol; one after the other of procedures, tests, drugs, more procedures, surgeries, more tests and more drugs. Once you submit to Pandora’s gifts you will not readily return.

Not about dollars and drugs. So the well-intentioned media mogul residing at 1600 Pennsylvania Avenue on this date has trotted out a plan to reduce the cost of prescription drugs for Americans. Part political promise and, in my honest belief, an actual altruistic desire on his part, the dream is afoot. Some decreases may be inevitable. But be careful what you wish for by making drugs cheaper. Is providing more of a bad thing a good thing?

Yes, our healthcare costs are ridiculous. Just use your handy dandy Evil Google to do a comparison of the cost of procedures and prescriptions around the world and it’s easy to find we’re being ripped off. (An $8K appendectomy in the US only costs $3K in Germany. A $18K hip replacement, only $9K. Etc.) There are many reasons for the disparity, of course.

Consider that in 1960 Americans spent five percent of our GDP on healthcare. In 2018 the percentage of the US GDP spent on healthcare is over 18 percent and headed to a projected 22 percent in 2025. That’s nuts. So, we have bigger problems than Big Pharma. But that’s what we’re talking about.

Dealing drugs: We sell. You buy. Americans demand drugs. We go to the doctor far more frequently than any other country in the world. And very often, we know exactly what drug to demand. Why? Because we’re told “There’s a drug for that.” Then “Ask your doctor about [blah-bla-blah]” ends up being “Tell your doctor you want…” The media storm ramped up by the Techno-Pharmaceutical Industrial Complex is ubiquitous. Try to watch television without seeing a drug commercial telling you to try the latest. And if you don’t have a disease, they’ll make one up for you. (Hey! Anyone remember “restless leg syndrome”? Just thought of that one.)

Realize this: we are the only country in the world (with the irrelevant addition of New Zealand) that allows direct-to-consumer drug ads. Go figure. You think drug companies aren’t seeing success with those ads? Advertising works.

Over-prescribed America. Eight in ten Americans are on at least one prescription drug. The average American is on four prescription drugs. When I encounter someone “having a bad day” and acting like an ass, I first suspect they need their meds adjusted or they missed their morning drugs. And the reality is, most of the conditions Americans use the drugs for can be addressed successfully without drugs. Cholesterol? Diet and exercise can handle that as well. Pain? A dozen options work as well or better than painkilling drugs. Type 2 diabetes? Again, diet and exercise. Hypertension? Meditation and diet. So many drugs are quick-fix solutions that don’t fix a thing; only cover up a symptom.

So here we sit, lamenting the overpricing of prescription drugs in the US of A. And our politicians rail against Big Pharma, at least with lip service. We’re trying to make it even more convenient and cheaper for Americans to acquire drugs that are far too often deadly, far too often ineffective and far too often prescribed. When opioid addiction is an epidemic; when drug side-effects require additional prescriptions to address them and we have dived down the rabbit hole of medical insanity, should we be seeking to make it easier to go there? Talk about panem et circenses…

The three out of ten of us who aren’t strung out on Big Pharma’s drugs aren’t falling for the shell game, regardless of the honest intent of the players promising price breaks as they address the press in the Rose Garden. Real change is what we need and that means taking the healthcare industry back from the profiteers.