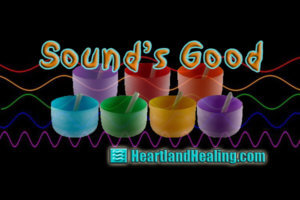 In the early part of the 20th century, Jesuit-trained cosmologist Georges Lemaitre theorized that the knowable Universe is constantly expanding from one single point of origin. Ironically, it wasn’t until decades later that a detractor of that theory, physicist Fred Hoyle, coined the term “Big Bang theory.” Interesting to note (pun noted), Hoyle didn’t call it the Big Kahuna. Nor did he name it The First Flash, The Singular Spark, First Light or Jump Street. No, he called it a sound, a “Big Bang.”

Once the Steady State theory lost its luster with Edwin Hubble’s 1929 revelation that our galaxies appear to be dispersing, theories on the origin of the universe centered upon the idea of one point of singularity, long, long ago. From this t=0 moment, “a day without yesterday,” the beginning of the universe is believed to have been a massive explosion that echoes for eons.

Metaphysically, it is apropos: Sound has always been viewed as a kernel of cosmology. The vast fabric of the universe is woven from the thread of energy on the loom of sound.

Sound’s good. Researchers like French physician Dr. Alfred Tomatis, contend that there really is a self-generated sound that sustains the universe. Mystics, meditators and metaphysicians identify the energy we are made of as “aum,” the sound of the universe. It may be too subtle for us to measure or to hear clearly at first, but Tomatis and others believe it is perceivable. Tomatis has even overseen experiments that used a tiny microphone to pick up the tone that is generated from the region of the inner ear. It is better to be in harmony with that central sound of creation than to be in disharmony with it. That estimation is at the core of understanding how sound relates to healing.

We certainly recognize that noise (discordant, incoherent sound) disrupts health. On a gross scale, high amplitude noise and distortion at the very least damages our hearing. In more detail, noise can increase stress and even do damage on the cellular level. (Low frequency, high amplitude sound has been used by the military to kill and/or disable.)

Conversely, coherent, intentional sound delivered in pure tonalities can have beneficial results. Music, the rhythm and arranged pitch of sound, has been a part of healing at least since the time of the Vedas, or learned Sanskrit texts. Music therapy is a part of modern reality as well as a part of the historical context of healing brought to us in the format of gandharva veda, the ancient ragas of Indian music tuned to different periods of the day.

Music as medicine. Musician Don Campbell is author of The Mozart Effect. The popular best seller has become a handbook of the music therapy set. Campbell describes not only the therapy attributed to the Baroque style but notes styles as diverse as rap and rock. Mozart’s work, especially, is one that has been cited as a creative use of the power of music.

Supported by both anecdotal evidence and statistical research, the Mozart Effect is credited with improved intelligence, pain reduction, encouraging the healing process and other benefits. Campbell advocates applying music therapy to help patients suffering with everything from back pain to epilepsy and cancer. He emphasizes that music is not alternative medicine, but rather a bridge between the mind and body that can release endorphins and help with both rehabilitation and reduction of pain.

Researchers at the University of California, Irvine found that listening to Mozart prior to taking scholastic exams improved test scores significantly. Some hospital neonatal wards play classical music for newborn infants. Recorded music is available that can be used in home nurseries.

Serial bowls Sound doesn’t have to be organized into what we would call music in order to have a therapeutic effect. Using sound doesn’t have to be that complex. Since the times of ancient Tibetan ritual through the history of Gregorian chant all the way to the present, sound for sound’s sake has been utilized for the energetic effect it can have. Tibetan temples resonate with the specific frequencies emanating from gongs, brass bowls and vibrating bells. But you don’t need to go to Tibet to experience the benefits of toning.

Some modern practitioners use large crystal bowls as a source of sound to experience the effect of sound as energy. Typically they would use seven large crystal bowls arranged in an arc. The larger ones are around 18 inches in diameter and about 12 inches high. When struck very lightly with a leather-bound wooden stick, each bowl resonates powerfully with its own specific pitch. The pure tonality of resonating crystal bowls has a profound effect.

Using seven bowls is a significant number. Each is tuned to the particular frequency of one of the seven main chakras. Vedic texts teach that the chakras are the energy centers of the body, a sort of vortex that connects the physical body with the energy field of the astral body. Chakras are thus a type of portal to interact with energy and translate its effect on the physical.

The bowls can either be struck lightly or vibrated much like a wineglass. By running the wooden wand around the rim of the bowl, the crystal begins to vibrate. With several bowls resonating at once, the sound can be transfixing. The sound is “experienced” as much as “heard.”

p.s.: and yes, kids, “Sound’s…” with an apostrophe is exactly what I meant.

Heartland Healing is a metaphysically based polemic describing alternatives to conventional methods of healing the body, mind and planet. It is provided as information and entertainment, certainly not medical advice. Important to remember and pass on to others: for a weekly dose of Heartland Healing, visit HeartlandHealing.com.
2019.08.06