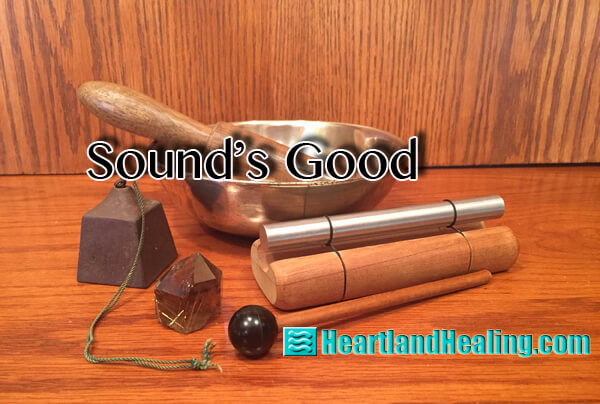 The 1973 book by Peter Tompkins and Christopher Bird, described how plants respond to stimuli, including music. It was the first extensive treatise on music and plants, spawning a wave of willing hippies placing speakers in front of indoor crops, trying to stimulate growth and happiness.

Music has a dramatic effect on human beings. After all, music is sound. Sound is energy. And humans, like all things in nature, are made of energy.

One of the foremost researchers was French physician Alfred Tomatis of the French Academy of Science and Medicine. His research and that of others shows what all reasonable people already had accepted as fact. Music can relax you. It can lower blood pressure. It can decrease heart rate. It can help with insomnia. And some music has been linked to increased IQ. The Mozart Effect by Don Campbell highlights some effects of music. Researchers at the University of California, Irvine found that listening to Mozart prior to taking scholastic exams improved test scores significantly.

One application of sound in healing is described in the ancient Vedic practice known as Gandharva veda1. (Heartland Healing YouTube video here.) It is music used for health since early in Indian history. Performances, musically called “ragas”, emulate the diurnal cycle of energy. Each part of the day has its natural energy and all things in this world ebb and flow with it. In the morning, for example, there are the lifting energies of the rising sun, the awakening activity of animals and plants. Evening energy is slower, relaxing and transitional. Daily cycles flow on a wave of energy. Bodily cycles are also on that wave.

Serial bowls. Even though structured musical tones are known to have a therapeutic effect, using sound doesn’t have to be that complex. From the times of ancient Tibetan ritual through the history of Gregorian chant all the way to the present, sound for sound’s sake has been utilized for the energetic effect it can have. Tibetan temples resonate with the specific frequencies emanating from gongs, brass bowls and vibrating bells. But you don’t need to go to Tibet to experience the benefits of toning.

There are a couple of groups in Omaha that use large crystal bowls as a source of sound to experience the effect of sound as energy, (check with Unity Church of Omaha.)Typically it involves the use of seven large crystal bowls arranged in an arc. The larger ones are around 18 inches in diameter and about 12 inches high. When struck very lightly with a leatherbound wooden stick, each bowl resonates powerfully with its own specific pitch. The pure tonality of resonating crystal bowls has a profound effect.

Using seven bowls is a significant number. Each is tuned to the particular frequency of one of the seven main chakras. Vedic texts teach that the chakras are the energy centers of the body, a sort of vortex that connects the physical body with the energy field of the astral body. Chakras are thus a type of portal to interact with energy and translate its effect on the physical.

The bowls can either be struck lightly or vibrated much like a wineglass. By running the wooden wand around the rim of the bowl, the crystal begins to vibrate. With several bowls resonating at once, the sound can be transfixing. The sound is “experienced” as much as “heard.” During a taping of the Heartland Healing television show that featured the crystal bowls, casual observers in the studio lobby described a “feeling of relaxation” when they experienced the sound of the pure tones wafting through the rooms.

Using our voice to relate to our body is only natural. When we stretch, we often make a groaning sound to accompany it. When we sigh, it’s a sound. When we feel pain, we moan or cry out. As babies we make soothing sounds as we lie in our cribs and respond to the soft sounds our mothers use to quiet us.

Using the voice to elicit a healing response from our body is called “toning”. The voice has special resonant characteristics that make it perfect for that purpose. Most forms of toning utilize only sound, others incorporate words. (Read a Heartland Healing interview with music legend Donovan about healing sounds in music here2.)

Chanting is a specialized version of toning that uses words. The sound of the words are more important than the meaning of them. All major religions have used chanting as a way to express and bring peace and harmony.