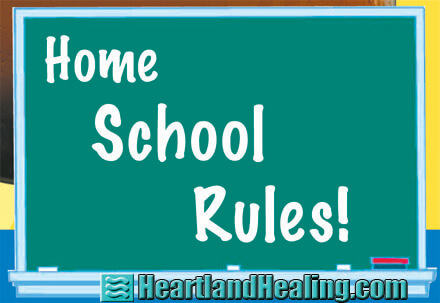 Somewhere in between the disasters that comprise our nation’s healthcare system and its totally ludicrous immigration policy lies a shambles known as America’s educational system. Forget the skyrocketing cost of college tuition, due to government subsidized loansharking and top-heavy university administration and acquisition expenditures. Forget the debacle of a federal Department of Education trying to manage school responsibilities for a nationally diverse population from within the isolation of the Washington Beltway. Forget the ineptitude of local school boards, so highly politicized that they are functionally inert. Consider only the result: That our kids are more poorly educated than ever before when ranked against other developed nations. They know more about the Kardashians, Charli XCX and Zedd than they do about algebra, let alone quadratic equations. We suck in math. You know who scores better than we do? Only about 40 countries, including Latvia, Slovenia, Iceland, Viet Nam and Korea. Science? We trail only about 25 there, the likes of Macao, Taipei, Portugal and naturally, Germany. Reading? Let’s not go there. Face it. Our schools aren’t getting it done.

Send ‘em home. A rising number of American families are choosing to home school their children. Dissatisfaction with the quality of schooling is one of the major concerns. In addition, the standard of nutrition in schools and commercialization was a big reason. There are many other reasons.

Only a small percentage of Americans home school their children. The national average is around five percent of the total school age population. In Nebraska, the current percentage is just under three percent by recent polling.

In Nebraska, it is perfectly legal for a parent or guardian to school a child at home. State law has two major provisions. By what is called “Rule 12,” a child may be schooled at home simply if the parent prefers that method of schooling. By “Rule 13,” a parent must declare that standard school methods violate “sincerely held religious beliefs.” In either case, the parent must communicate with the state and provide certain documentation for home schooling. Schooling at home is termed “exempt” schooling, alluding to the fact that such a situation grants certain exemptions to educational procedures. That doesn’t mean academic standards are compromised.

“More students do better in a home school environment and consistently perform better on tests overall than those from conventional schooling. The statistics bear that out,” said Randy Wattermann. “But just like in conventional schooling, if you go out and look for them, you’re going to find superachievers and you’re going to find underachievers.”

Wattermann was a national sales rep for a California software firm when Heartland Healing interviewed him a few years back for an earlier article. He and his wife Trina moved from California in 1998 to West Point, Neb. and homeschool all of their school-age children, numbering at least eight.

“We knew that we wanted to be more involved in our children’s upbringing and more involved in their lives; having them learn the kinds of things we had a little bit more control over,” Wattermann said. “We wanted to more ‘customize’ the education for each child. I mean, who better to know the strengths and weaknesses of a child than their own parents? To be able to do a one-on-one with each of them has been wonderful.”

On to college. At the time of interviewing Wattermann and other homeschoolers and their children for the previous article, Heartland Healing also contacted the administrator who handled freshman admissions and recruits for Bellevue University at the time. He said he likes what he sees as far as homeschool academic performance.

“I see a lot of homeschoolers who take the ACT and it works out very well for them because they can get an opportunity to receive [scholarship] money,” he said from his office on campus. “In fact, I’ve never encountered a homeschooler who did not do well enough on the ACT to receive scholarship.” He added he also thinks homeschooling gives great preparation for the self-motivating nature of college studying.

What the kids say. We interviewed several students from home schooling, ranging in age from 13 to 21. All of them said they absolutely enjoyed the experience and described how well they were doing in college. A common thread was that they “there was never a time they felt like they were not learning,” the immersion in educating throughout the day was so thorough.

On the increase. There is no doubt the home schooling trend is growing. State data shows that in 1985 barely 900 kids were homeschooled. By 2015 it was over 8000. It’s easier than ever, more desirable than ever and more effective than ever to homeschool children. There are educational, social and health advantages, claims that are borne out by statistics. As more and more parents face greater regulation and chaos from government school systems, the choice becomes more appealing.