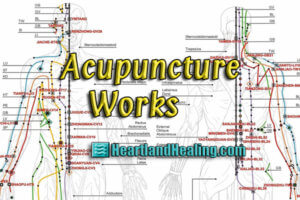 A roadmap to healing —

There is a single, irrefutable fact that Western medicine recognizes but virtually ignores when it comes to healing: That is, that the body is nothing more than a ball of energy, with interactive frequencies and amplitudes determining the relative “health” of a human being. Happily, Eastern medicine doesn’t overlook that.

Both Traditional Chinese medicine and Ayurvedic tradition make full use of the energetic approach and do so with sustained success. One of the most obvious modalities that has become apparent to Americans and the West in general is acupuncture. Classic acupuncture is done by a trained practitioner using sterile, extremely light gauge needles to interact with that energy field that is a human being. Though other modified approaches are seen, using lasers and such, they are barely connected to the acupuncture associated with Traditional Chinese medicine described in The Yellow Emperor’s Classic of Medicine, a book that dates to 2600 B.C.1

Juiced. I was enrapt as a physiology student when I read how nerve transmission works in the human body. What an amazing technique. Ions of sodium (Na+) and potassium (K+) cross the nerve cell membrane, literally lightning-fast, changing the electrical potential of the cell. The nerve cell becomes like a telephone wire, with electrons pulsing through it. A nerve cell impulse is (ta-da!) energy.2

This energy of the body is “on” constantly, just as there is electricity flowing through the wires in your house all the time. In physics that is called “resting potential.” It’s just that it’s not doing anything until you ask it; sorta like if you tell your arm to move or your fingers to type.

(Another very interesting reality is that there is a part of your mind, the subconscious part, that also can direct nerve activity without you being fully aware of it. Thankfully. That’s how nerve impulses are sent that have to do with nearly every important function of your body, like heartbeat, respiration, metabolism, temperature regulation, immune response and on and on. Even typing is done by that part of the mind to an extent. Mull that over.)

So, how does this relate to acupuncture? Simple. If the body is made of energy (which it is,) and energy in the form of nerve cells regulate or modulate the performance of bodily functions, interacting with those channels of communication would have an effect.

Let’s go back to the “house” analogy. If the wiring in your house is in good shape, there is no problem when you turn on a light switch in the attic. The flow of energy (electricity) is unrestricted and that light comes on. But what if you have a short circuit somewhere in the back bedroom? The electrical energy becomes blocked by whatever factor is interrupting it. With a short, the electricity stagnates, which is a common term acupuncturists use when describing the flow of chi (Chinese word for the kind of energy we’re dealing with here.)

The acupuncturist’s job is to diagnose the location of that chi stagnation in the body, usually with a combination of pulse diagnosis and visual observation, and then free up that energy flow by using a conductive needle somewhere along that transmission line. Those “transmission” lines are called meridians by the acupuncturist. Bear in mind, though meridians generally follow nerve pathways, nerves are not meridians.

Learning more. In my years of experience with acupuncture, dating to 1977 and my first trip to the Orient, I have seen its efficacy. And because it works is precisely why it’s become an acceptable and desirable modality in the West. Let me offer some opinions and observations. Remember, these are only my opinions.

Go to a Licensed Acupuncturist. It makes a difference. Someone who is L.Ac. has fulfilled a course of study that includes the broad scope of Chinese Medicine, of which acupuncture is but a part. There are herbs and other things involved.

Real needles are traditional and in my experience the way to go. Of course, your L.Ac. will direct best. Needles are so fine and small, they don’t “hurt” and you barely notice it. The experience is relaxing and can be invigorating at the same time. I have never found “modified acupuncture” such as with lasers and such to be effective.

Remember, it’s holistic. As a part of Traditional Chinese medicine, the holistic nature of healing is important. Certain other actions can support the role of acupuncture in healing. Foods, minor and simple lifestyle changes help. I mean, if your main problem is insomnia and acupuncture can help yet you still drink seven cups of coffee a day…

What is it used for? That’s a huge question. In practice, acupuncture can be used for any malady, concern or condition you can imagine. Acute or chronic pain, immune system problems, emotional concerns, radical diseases, chronic imbalances like cholesterol or hypertension — almost anything you might go to a Western doctor for could be a candidate for acupuncture.

Add to this that I’ve used acupuncture for three of my dogs and have seen remarkable success. And I have a friend who is a professional horsewoman and uses acupuncture (and chiropractic) with her horses all the time. There goes the idea that it’s a placebo effect.

We are barely fifty years since Richard Nixon (yes, that Richard Nixon) helped introduce Chinese Medicine to the United States and acupuncture along with it. The five-thousand-year-old practice has withstood the test of time, even in its brief time in the U.S., without dangerous side effects.

So, how are those Western prescription drugs working for you?

Heartland Healing is a metaphysically based polemic describing alternatives to conventional methods of healing the body, mind and planet. It is provided as information and entertainment, certainly not medical advice. Important to remember and pass on to others: for a weekly dose of Heartland Healing, visit HeartlandHealing.com.
2020.01.28