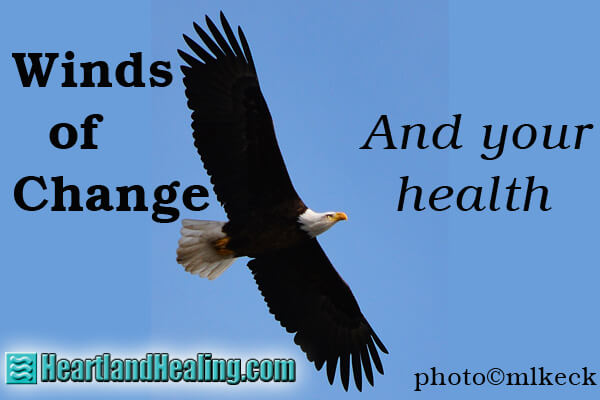 Reading John Fowles’ The Magus many years back, I fell under the swoon of a romancing wind. In the book, Fowles describes the azure panorama of the Adriatic and the summer wind that sweeps the seas of Greece, the meltemi. That was the first time I learned that winds have names and, it follows, consequences. There’s no coincidence that we have used the idiom “winds of change” for as long as we’ve had language.

Here in the flatlands of the flyover states, the winds we experience are less affiliated with seasons than they are in other places where they are affected more by proximity to mountains or oceans. Sure, we have our windy March months and wintry gusts, but our winds are more dependent on the weather systems that churn across the plains. In other parts of the world, winds are more predictable with seasons.

I was fired. It wasn’t until I moved to Los Angeles that I became familiar with what a persistent wind can do. Southern California has clockwork winds that appear in late summer and autumn called the Santa Ana, named for the inland canyon in the direction from where the winds come. They are the result of compressed weather systems over the high elevation deserts that push the wind down the mountain slopes toward Los Angeles, gaining velocity as they roll to the ocean.

These are hot, dry, desiccating winds that can gust to over 100 mph. They occur any time from September to May. They raise fire hazard greatly by drying the natural kindling in the Los Angeles Basin and surrounding coastal ranges. But they do more than that. They drive Angelenos crazy. While there is scant epidemiological evidence of their affect, you can ask any longtime resident how the Santa Ana winds can make you feel. Sure, there’s the sneezy, allergy type effect due to desert grasses sending their pollen oceanward. But they also wreak depression, anxiety, insomnia, aggression and basic misbehavior. Crime does go up. Hospitalizations increase. Winds of change, indeed.

The one experience I had with a Santa Ana-affected fire was on a September Sunday in 1979. I was living in Laurel Canyon and the Kirkwood Bowl Fire destroyed 27 homes, burning to within 20 feet of my canyon perch before Canadian water tankers dropped thousands of gallons of seawater on my head and quenched the fire around me. But every year that I lived in Los Angeles, the winds were felt in other ways. Those types of effects are not limited to SoCal.

Winding it up. Wind is a phenomenon that circles the globe. A wind caused by the same type of atmospheric conditions that generate the Santa Ana winds is even more famous on the western slopes of the Alps and is commonly associated with Austria. There it is called the föhn or foehn. The foehn has been found to affect the emotional and mental state of Europeans in its path and has been studied in detail. After all, Austria is where Freud coaxed patients to lie on the couch and tell him all about it.

The foehn is also caused by high-altitude compression similar to the Santa Ana winds, only with the foehn, compression happens over the Alps. By accounts, the main difference is that the foehn can last for several weeks on end. That contributes to broader studies of its effects. With the similarities found around the world, winds like the foehn are also linked to migraine, anxiety and upset.

What’s in a name? Winds that are similar to the Foehn and the Santa Ana in atmospheric origin include the Chinook of Canada and the Helm Wind of Northern England and are noted to have similar health effects, with degree often connected to the duration. The longer the windy season, the more profound the effects.

Dr. Werner Becker of the University of Calgary studied the effects of the Chinook and found that not only were migraine sufferers likely to experience migraines during the Chinook but over half of them were sensitive to the weather changes just prior to the Chinook setting in, developing migraines in the days before. The mechanisms are not understood fully but the association is clear.

Around the world, winds have gained reputations and legendary names for the very reason that they are so impactful on human existence. Of course the short-term effect of a dynamic wind associated with hurricane, monsoon or tornado is obvious. But the more subtle but just as certain connection between persistent winds like the Santa Ana of California, the Scirocco of the Sahara, Khamsin of the Negev, and the Haboob of Sudan and the way they affect our health should not escape us when the days are windy on the Great Plains and the mythical wind Mariah comes to call.