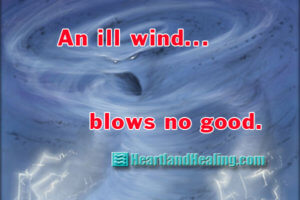 Plagued by ongoing drought, seasonally challenged by long periods without rain, prone to unfettered undergrowth by nature, California has see a rash of wildfires that are both deadly and devastating. These fires spring from likely and unlikely sources, including lightning strikes and a homeless population cooking with Sterno. Recently, blame has been cast toward the far-ranging utility company, Pacific Gas & Electric that provides the aging hardware grid that supplies the overreaching development of the state. While successful lawsuits seem to have fixed the blame squarely on the corporate body of PG&E, fixing the problem might be more useful. A governmental power grab to take over PG&E appears to be the goal of the current statehouse and one wonders when it was that government-run services performed as promised.

Through all of the conflagration and service interruptions, there is one constant that is a natural occurrence in the Third World pyre that was once the Golden State: wind. Above drought and fuel, wind is the component that is always measured as the combatant in the fight to stop any fire in California. And the windy season there begins toward the end of summer with what are called the “Santa Anas”.

While the effect of the Santa Anas promote a dangerous time for fires, throughout time, winds have always had a powerful effect on health, mood, performance and a whole range of human experience.

Wind is a phenomenon that circles the globe. A wind caused by the same type of atmospheric conditions that generate the Santa Ana winds is even more famous on the western slopes of the Alps and is commonly associated with Austria. It is called the föhn or föehn. That wind has been found to affect the emotional and mental state of Europeans in its path and has been studied in detail. After all, Austria is where Freud coaxed patients to lie on the couch and tell him all about it.

The föehn is caused by high-altitude compression similar to what causes the Santa Ana winds, only with the föehn, compression happens over the Alps instead of over the Sierra. By accounts, the main difference is that the föehn can last for several weeks on end. That contributes to broader studies of its effects. With the similarities found around the world, winds like the föehn are also linked to migraine, anxiety and upset.

What’s in a name? Winds that are similar to the Föehn and the Santa Ana in atmospheric origin include the Chinook of Canada and the Helm Wind of Northern England and are noted to have similar health effects, with degree often connected to the duration. The longer the windy season, the more profound the effects.

Dr. Werner Becker of the University of Calgary studied the effects of the Chinook and found that not only were migraine sufferers likely to experience migraines during the Chinook but over half of them were sensitive to the weather changes just prior to the Chinook setting in, developing migraines in the days before. The mechanisms are not understood fully but the association is clear.

Around the world, winds have gained reputations and legendary names for the very reason that they are so impactful on human existence. Of course the short-term effect of a dynamic wind associated with hurricane, monsoon or tornado is obvious. But the more subtle but just as certain connection between persistent winds like the Santa Ana of California, the Scirocco of the Sahara, Khamsin of the Negev, and the Haboob of Sudan and the way they affect our health should not escape us when the days are windy on the Great Plains and the mythical wind Mariah comes to call.

The Lerner and Loewe show tune may have called the wind Mariah and Shakespeare wrote, “It’s an ill wind that blows nobody to good.” But known by more menacing names elsewhere in the world, persistent winds are associated with any number of woes. Southern California has the Santa Anas, when murder rates increase. In Israel, it’s the sharav, in Arabic, known as “Khamsin” or the Fifty Days Wind. North America has the Chinook, southern France the Mistral, Greece the meltemi, Perhaps the most notorious and studied of the world winds is the Alpine Foëhn. All of these winds have something in common: They produce positive ions. And the maladies connected with the winds can range from insomnia to psychosis. Some of the effects noted are body pains, headaches, dizziness, nausea, respiratory problems, higher incidence of heart attack, mood swings.

Other notorious winds around the world like the Foëhn include the Scirocco in Italy, the Mediterranean Sharkiye, Xlokk in Malta, in Africa the Simoon and Harmatan, the Boras of the Adriatic, Karaburan of the Gobi, the Zondi of Argentina, the Tramontana of Spain. So if you had a restless sleep recently, blame the ill wind.

Heartland Healing is a metaphysically based polemic describing alternatives to conventional methods of healing the body, mind and planet. It is provided as information and entertainment, certainly not medical advice. Important to remember and pass on to others: for a weekly dose of Heartland Healing, visit HeartlandHealing.com.
2019.11.05