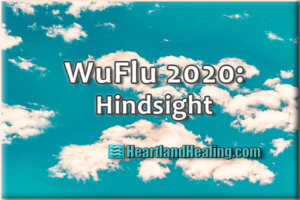 Yeah, well, that was something. So far, this year has been three or four months of total insanity, a spring like no other. We don’t yet know how it will look when it’s finally in our rear view mirror. We can, however, reflect on the realities to date.

Lockstep lockdown. Quarantine, lockdown, social distancing, shelter-in-place — whatever you want to call it — that is generally how our world society reacted. We’ve suffered executive orders from various levels of government that have forced businesses shuttered, parks, beaches and byways closed, house arrest. And a lot of the decisions seemed to be capricious. How this is done legally is pretty complicated and best left for future res judicata. But simple minds like mine can still ask questions after months of social isolation. Whose idea was lockdown? Was it science based? Was it effective?

The first country to lock down was obviously China. Why did we follow in lockstep? How is it that everyone decided what China did was good for the rest of us? And so far, for a mainstream media that screams for science-based approaches, no one has shown any peer-reviewed research that I’ve seen supporting sequester of healthy people as a solution to an epidemic. On the contrary, there is much statistical science showing lockdown was not a good idea nor even effective. Riddle me that. Show me the science.

Designer genes or au naturel? Yeah, well, where did this coronavirus-19 come from if not a Level 4 bioweapon lab in Wuhan, China? So-called scientists say it is so similar to a virus found in bats that it became zoonotic and jumped to one single human and that set it free. (Privately from the start I suspected it was a weapons test but that’s a personal observation for another venue.)

Well, science has yet to prove exactly where WuFlu virus originated but too many decisions have been based on the initial storyline of bat soup. If you’re investigating something scientifically, it’s helpful to know its actual origin. The current newsfeed trough is that it is of natural genesis. That is based on only one analysis of the RNA, not peer-reviewed, that insists that the genetic stem has a couple flaws in it that only nature would permit; that a designer would not have included flaws. Really? Never heard of a Trojan horse or false flag attack? But this single bit of research is swallowed whole by the mainstream while dozens of reports of the efficacy of a quinine-based medicine working are dismissed as “unsubstantiated.”

Ventilators. Oops. Let’s get one thing straight: in the event of a traumatic injury or episode, there is nowhere I would rather be than in the care of Western medicine. With that, it’s true that medical practitioners in our system are basically bound by protocols. Procedures are established primarily to insulate institutions from legal exposure. By and large practitioners have to follow those protocols and they do. So the protocols dictated intubation and ventilation of WuFlu patients. But the practical experience showed that wasn’t the best treatment in this case. Unfortunately, the result was nosocomial deaths from iatrogenic events. Time to examine the basis of our healthcare protocols.

Handshake or namasté? I saw a TV pundit lament the possibility that the traditional handshake may die as result of this WuFlu virus. He noted the handshake has existed throughout human history, pointing to Egyptian petroglyphs dating to 2000 B.C. as evidence. Well, humanity has a greeting tradition that predates handshakes by a lot. For thousands of years prior to the pictoglyphs, Chinese, Japanese and Indian cultures greeted with non-contact gestures. Bowing to each other from a position a few feet apart was the first form of “social distancing.” Perhaps these cultures — which have all persisted virtually intact for multiple millennia — figured it out a long time ago just by observation. Maybe they noticed that people who touched hands as greeting seemed to perish sooner than the folks who didn’t. Simple observation.

Philanthropy: Who pays the piper, calls the tune. Multibillionaire Bill Gates is taking a beating during the WuFlu kerfuffle. Billy Big Bucks is at the center of a lot of controversy. A vaccine based on the WuFlu is seen as salvation and Bill’s pouring billions into the effort. He’s been a huge promoter of vaccines for decades. Never mind that we’ve had a so-called flu vaccine for fifty years and still 50,000 Americans die from flu complications each year, mostly pneumonia.  Gates is the main financial supporter of the World Health Organization (also with its share of detractors after so much dissembling and bumbling,) after the United States at number one. And he just can’t seem to keep from screwing up a lot of things by throwing his billions around. A case in point is the Institute for Health Metrics and Evaluation that the Gates Foundation started in 2007. Knowing that numbers appear to be important, Gates has an entire research institute that can massage the metrics to meet the personal viewpoints of their founder. Their self-interest was exposed by the radical abuse of theoretical models they presented to further their goals. And Bill’s lackeys swallowed his bait whole.

Vaccines and genetic modification of insects, food and plant life are just the tip of the iceberg when it comes to Gates’ trying to bend Nature to his will and to fit his personal beliefs and agendas. Case in point: without a full understanding of the possible unintended consequences of fiddling with a basic food chain, he bankrolled the genetic modification of a mosquito species that will kill off the breed. Yes, it is a vector for malaria, a bad disease (that is easily cured) but it will also disrupt the food supply for species that do actually feed on mosquitoes such as bats, dragonflies and others.

Bill Gates is not the devil that some make him out to be. He is but a symptom. Gates as god is just an example of mankind’s dismal record of trying to control Nature rather than work in harmony with her. In a time when wealth is concentrated and controlled by so few, the notion of philanthropy in general may have disastrous consequences when the wealthy few influence worldwide agencies and governments in seeking to establish their own personal tastes. Is it arrogance or ignorance?

There has been much to learn during this unique spring. Let’s not waste the lessons.