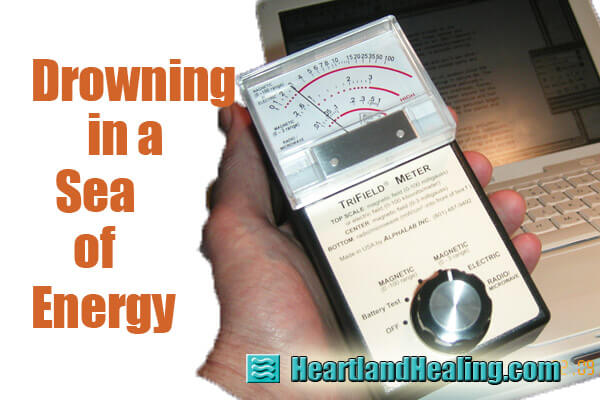 In 1947, Norwegian scientist and explorer Thor Heyerdahl crossed the Pacific on a raft named the Kon-Tiki, hand-built of balsa-wood logs. With a crew of six he sailed from South America to Polynesia to prove that primitive cultures using arcane navigation may have crossed thousands of miles of open ocean. The voyage became legend. Heyerdahl’s accounts of crossing the pristine waters of the Pacific led to an Oscar-winning documentary.

22 years later, Heyerdahl led an expedition on a 26-foot boat built from papyrus. The 1969 voyage of the Ra, from Egypt to Barbados, was different. It proved that equatorial Egyptians could have sailed to South America, perhaps explaining why the two continents, separated by half a planet, shared the presence of pyramids.

Sadly, the transit of the Ra proved something else. Heyerdahl was asked by then United Nations Secretary U Thant to collect samples of seawater along the way to determine the extent of global pollution. To Heyerdahl’s dismay, he observed manmade pollution extending across the open ocean. Globs of gooey oil were in each sample.

Just two decades removed from the clear waters of 1947, the giant tankers carrying petroleum and crisscrossing shipping lanes had left their mark. Solid waste floated across the equator with the Ra. Heyerdahl was disgusted and his reporting was an eye-opener.

Over the next decade, global awareness spread and the ecology movement was on. Anyone could see the far-reaching tentacles of technology in throat-searing smog, chemical pollution of our water and mountains of solid waste as the planet grew into global warming.

The Invisible Pollution. In contrast to the gobs of goo Heyerdahl found, there is another kind of pollution that defies the senses. It is invisible, only occasionally audible, cannot be tasted or smelled but its effects are real.

As our technology grows and we shift from the Industrial Age to the Information Age, the threat from this form of pollution grows even more drastically than that from petroleum. The currency that fuels our rampant techno-growth is not oil but the electricity and radio waves that are the subtext of power, moving our machines and information.

Known broadly as Electro-Magnetic Frequency pollution or EMF, this web of broadcast and radiated energy is increasing in strength and presence, invading our homes, workplaces and the entire planet. The farthest reaches of the deepest oceans are not immune. Nor are the deepest caves. Your bedroom, your basement, your favorite fishing hole and your church will not give you sanctuary from its extended reach.

Statistical evidence is mounting that the waves of energy emanating from our appliances, cars, machines, radios, phones and gadgets have a dramatic effect on our bodies and function. We used petroleum-based products and chemicals for a century before we recognized the damage they were doing. We are only now beginning to realize the havoc wreaked by EMF.

The Military’s Ultimate Boom Box. Even with satellite radio a reality, most of us know that we can’t jump in our car and tune in a radio station from, say, France. Generally, most radio waves must be line-of-sight. That’s why satellite radio can be lost if you drive into into a tunnel. Normal radio waves do not penetrate solid earth or water. This fact of physics led to a problem for our military leaders during the Cold War.

With an arsenal of missile-filled nuclear submarines able to patrol 300 feet or more beneath the surface and half a planet away, remaining submerged for weeks, the Washington war room had to figure out a way to communicate with our subs since normal radio would not penetrate water. By the 1970s, the Navy began experimenting with a communication system that could penetrate the planet and “beep” the subs to surface and “phone home.” The plan used extremely low frequency (ELF) signals. The reason: low frequencies penetrate solid matter better.

To illustrate, consider waiting at a stoplight at a crowded intersection. Cars all around you and yet you can plainly hear the “thoomp-da-boomp thump” of some rap song from somewhere around you, maybe even ten cars’ distant. Notice, you are not hearing the higher frequencies of the guitar, cymbals or vocals — only that thump of the bass or bass drum. Your own experience has proven that low frequencies pass through solid matter better than high frequencies.

Consider something else from your experience. Sound system speakers that reproduce low frequencies are always bigger than high frequency speakers. Those big woofers in the trunk of that low-rider are likely 12- or 15-inch. The tweeters inside the car are only 1 or 2 inches. Low frequency waves are longer and therefore need a bigger transducer to reproduce them.

For the Navy’s purpose, the antenna needed to broadcast a low frequency signal reaching from the United States to a submarine in the Marianas Trench of the South Pacific is 147 miles long, stretching from Wisconsin to Michigan. Those low frequencies are able to circle the globe and penetrate through the very Earth itself. They ping submarines hundreds of feet underwater. Don’t you think that would affect the planet and its occupants?

We Live in a Sea of Energy. Waves are one of the properties of energy. A wave of energy comes at us with a certain frequency. If you are sitting on the beach in Santa Monica, watching the ocean, a wave may roll in every ten seconds. Those waves then have a frequency of .1 waves/sec. Waves per second is also called Hertz. So one wave per second would be one Hertz (Hz). For reference, humans hear frequencies ranging from about 20 Hertz to 20,000 Hertz or 20KiloHertz (20Khz).

All energy has waves and the spectrum of energy we live in ranges in frequency from 1 cycle per second to beyond our ability to measure. As energy waves increase in frequency and shorten in wavelength, we move up the electromagnetic scale. Above the frequency of 20Khz we are out of audible sound into the inaudible (to humans) ultrasound range of energy. By the time energy has reached the frequency of 10,000,000 cycles per second or 106 Hz, we are in the range of radio and television waves. When energy reaches 1010 Hz or a 10 with 10 zeroes after it, we are in the realm of radar.

By 1013 waves per second (a lot) we have reached light. But we still can’t see it. A little higher frequency, 1015, and we reach the lowest visible light, red. On up the scale of frequencies and we move past light into the so-called ionizing radiations of x-rays, gamma rays and other particle waves. It is important to remember that many of those higher frequencies of energy were unknown and undetected until very recently. We didn’t know cosmic rays emanated from space until 1912. Now we know. Same thing is coming up with all the manmade energy pollution around us.

Next time: So is it harmful? Well, yeah.