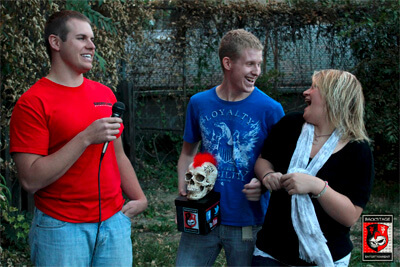 Sokol Auditorium hosted a packed event hosted by 89.7 The River last Thursday, September 27th. The “Cutting Like Knives” Tour made a stop in Omaha and featured the bands 10 Years, Red Jumpsuit Apparatus, and The Last Place You Look. Also joining them on stage were the local guys in Screaming For Silence. For being a Thursday night, the place was packed as Omaha showed the love for the bands performing.

Opening the night was Screaming For Silence, and like every hometown show, they brought the energy to kick things off and set the tone for the night. Talking with the guys that night, they were stoked to be going on tour and traveling to other cities to play their music. I think I speak for the Omaha community when I say, we wish you luck guys and hope you have a great time!

Before the show, Backstage Entertainment caught up with the other bands in interviews. We started by talking to the guys in The Last Place You Look and they talked about their style on stage and how they found out about being on the tour. We also talked with Ronnie and Josh with Red Jumpsuit Apparatus even after they arrived late to the show and were pushing time to get on stage. In between things on their busy schedule, we had a short interview with Jesse and Brian from 10 Years as well.

During the night we also caught up with Bryan Odell from BryanStars Interviews and Miranda Danigole, his cameragirl. Bryan is a music blogger that does interviews similar to the Backstage Entertainment style. We give credit to Bryan for helping us get started, giving us tips and other advice on how to make it in the music blogging industry. Bryan is huge on YouTube with his interviews with bands and news segments. In the very near future he will be embarking on his own BryanStars Tour with different bands touring around the country.

Check out the links below for our interviews with the bands and BryanStars. Also check out the photos from the interviews on Backstage Entertainment’s Facebook page.