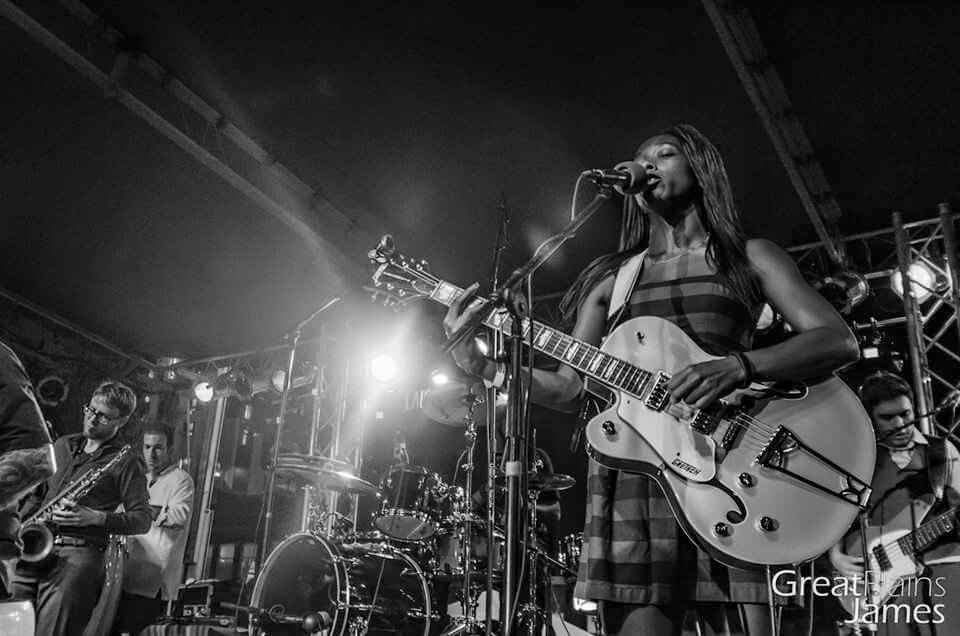 On stands now, the Reader’s Music issue has, like every year, a list of notable bands compiled from the music writers. The following is my contribution of bands who I feel need to be recognized. The top 20 list showcases bands we felt had an impact on the music scene based on performances, recordings, tours, etc. Tim McMahan put his up and was wondering where mine was, so here it is folks. Enjoy.

If you haven’t heard of Matt Whipkey you’ve been living under a rock. Whipkey is tenacious with his media and serious about his music. Known for his raucous live shows and his work with Anonymous American and the Whipkey 3, he recently did multiple shows opening for Dwight Yokam. Brandishing his Fender guitar, Whipkey offers a sound that showcases his thoughtful lyrics about love, leisure, and life in the Midwest. He’s released a couple vinyl records in the past year or so and always has a gig or two on the calendar. With a few Omaha Arts and Entertainment Awards under his belt, Whipkey’s tenacity and prolific songwriting has put him firmly on the forefront of Nebraska/Midwestern-Americana genre. It seems Whipkey is hell bent on showing the world that if you choose to flyover our state, you’ll be missing out on some of the most important music in the country.

If this band is playing anywhere near you, drop what you are doing and get the show. You’ll never see another female guitarist put on a performance like Sara Bertuldo. When she’s not giving herself whiplash on stage with this band, you might be able to catch her slinging the bass for her other band Millions of Boys or Tim Casher and his band Cursive. Currently, Bertuldo is heading up a band of killer rockers that have a signature sound that blends indie rock with Midwestern sensibilities. Their “End of Days,” 12-inch EP is slated to drop October 23rd and will be available in opaque red, clear, and black vinyl. For you retro only audiophiles, you’ll be happy to know it will also be available on cassette so you can look insanely hip in the coffee shop with your soy latte and 80’s era boom box. At least you’ll be listening to some seriously good music.

She only needs a guitar to convert casual listeners into rabid followers so imagine what CJ Mills can do with a full band. Her strong vocal work has a signature style that spans the genres of soul, funk, and R&B. If you’re looking for a performer that solidifies the fact Omaha has more musical talent than most cities, you’ll find it in CJ Mills. Her latest album “Quiet,” is a shining star of funky soul that’s sure to be a constant repeat on your playlist. When you hear this local Omaha artists for the first time, you’ll quietly double check to make sure she’s straight outta O-Town. National quality in a local package, this girl brings it to every performance, solo or otherwise. Believe.

This rock/metal/new-age band take themselves just seriously enough to make you smile while giving yourself whiplash. No matter what style of music you listen to (even if you despise metal and turn your man-bun head up to anything that wouldn’t be at home in Urban Outfitters), once you see them live, you’ll fall deeply in man-love. It’s kind of their superpower granted by the all-knowing Xenu. After a successful Kickstarter run this year, their album Crystals and Lasers on vinyl is finally on its way. You don’t have to wait though, the album is out and you can check out the band’s latest tunes on Spotify or get a copy at one of their shows. Like many of the best bands in the Midwest, these Council Bluffs rock icons must be seen to be truly appreciated.

Fresh off tour with the Desaparacidos, Landon Hedges switches back to guitar in this iconic Omaha band. Sure they’ve had some member changes, but the band forges on, creating music that has become symbolic of the Omaha sound – born from the bowls of basement rehearsal spots, local dive venues, and plenty of beer. It’s a band that keeps going and with each new song, finds new facets of itself. Songs are still crafted from Hedge’s life experiences, both good and bad, but now from a slightly more mature view of the world. In case you’re wondering if they still tear up the stage with each live show, the answer is a resounding yes.

Fresh off the release of their latest record “Teeth,” RPD create music that blends a touch of Midwestern swagger with a southern twist. Their energetic live shows are fueled by the Janousek brothers’ vocal harmonies and backed by solid riffs and ultra-catchy songs.

Videogame-punk is probably the best way to sum up the sonic assault of this quirky band. Now, one might think pairing retro video game themes and tones into a full blown band wouldn’t work, but somehow the SuperBytes have combined some of their favorite pastimes into a band that achieves a high score every time they take the stage.

In every scene there’s always a band that you hear about for months, then when you finally see them you wonder why you never went before. Their sound is a soulful Americana-tinged Honkey-Tonk with a Texas swing chaser and their quality songs and live performances make them a hidden gem in the Omaha Americana scene.

The Weber brothers know how to wrangle up some killer players and put together a band that puts the spotlight on Midwestern twang. Highlights include stellar guitar work, pedal steel, and thoughtful harmonies that showcase the skills of their veteran lineup.

Need some punk-inspired guitar rock and screaming vocals in your life? This Omaha quartet fits nicely into the punk scene here in Omaha. Songs are simple, short, and full of attitude, a formula that works well for four dudes with a long history of local rock behind each of them.

Pretty much the center of the Omaha surf scene (yes, there is one), the Sub Vectors are a band inspired by the legendary sounds of California surf punks. They may be landlocked, but that fact doesn’t stop them from creating a tidal wave of sound. Each song is done in classic surf-rock instrumental style, striped down to the bare elements of drums, bass, and guitar.