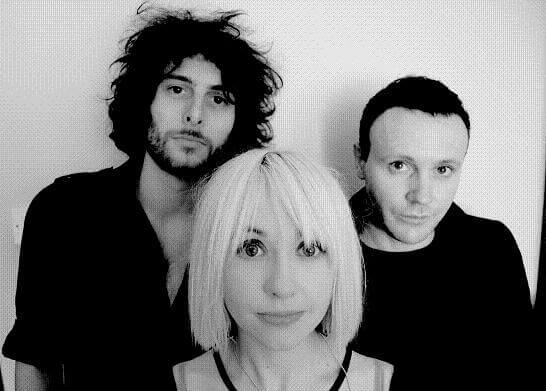 The core of Joy Formidable are two childhood friends, Rhiannon “Ritzy” Bryan and Rhydian Dafydd, that only embarked on writing music together once the band they were in together imploded

The duo attended primary and secondary school together in Wales, but were never in a band together while growing up, Dafydd says.

Several years later, both of them were doing their own thing when the band Dafydd was in needed a new guitarist. So he recruited Bryan to come to the band in Manchester.

Eventually both realized they were growing increasingly frustrated with the band, which neither wrote songs for. At the end of the band, the dissolution got pretty messy.

“We escaped to North Wales, where we were from,” Dafydd says.

And for the first time, the two longtime friends began writing songs together.

Dafydd says the duo has been extremely busy since kicking the Joy Formidable into gear. The dysfunction of the old band provided the blueprint of how to make their band work.

Dafydd says he definitely learned to appreciate and savor the productive and positive band dynamic and chemistry at the heart of the Joy Formidable.

Dafydd says it’s about looking in to the band’s self and sticking to their creative vision despite outside influences.

“We don’t want to compromise that,” he says.

While their success in the United States has come fairly quickly, Dafydd says he knows much of the sweat equity that’s spurred the band’s success came in the United Kingdom. From 2008 until 2010, there were plenty of gigs and tours that helped pave the band’s way to a record deal.

“It’s been very steady but honest and truthful,” Dafydd says.

Dafydd says the band is still working hard to build their American audience and a lot of that involves playing plenty of places for the first time. The band hasn’t yet reached a point where they feel like they can sit back and enjoy their successes, Dafydd says.

The band’s latest album Wolf’s Law is a big rock record, hinged on nexus between shoegaze and alternative rock. It’s a striking leap beyond the promise of their 2011 debut The Big Roar.

It’s both layered and propulsive. It doesn’t lose its big pop song moments in a sea of growling noise, nor does it let the pop dent the band’s wave of sonic deconstructive bliss.

My Bloody Valentine disciples should find enough pedal roar to whet their appetites, but those who tapped into the band as the next in the line of post-Smashing Pumpkins guitar bands should find plenty of art-smart songwriting chops to stick in the back of their minds.

The band wrote much of the seeds of Wolf’s Law on the road, as the band’s writing pretty much happens non-stop, Dafydd says.

The band produced the album themselves in Portland, Maine and handed it off to Andy Wallace to mix.

Dafydd says the process was stripped down, with the initial songs featuring Bryan’s voice and a single instrumental accompaniment. The band wanted to shape the songs around the basics of melody and vocals.

Part of it stems from the simple choices the band has to make as a trio.

“You’re very naked. It forces you to rethink about those sounds,” Dafydd says.

Every choice the band makes with a sound shows up in a major way, so everything including instruments, studio, arrangements, mixing and pedal choice all have to fit in with the band’s cohesive vision of what they want to sound like.

“We know what the band is and how we want it to sound,” Dafydd says.

Still Dafydd says the band never feels restricted about what they will sound like, as that sound is always evolving.

“We (are) on the same page. I think it’s important to not overthink things,” Dafydd says. “It should be a gut instinct.”

That gut instinct mixes with the band’s natural chemistry to keep pushing the band’s live show into different and new places too, Dafydd says.

The Joy Formidable opens for the Silversun Pickups at the Stir Cove, 1 Harrah’s Boulevard in Council Bluffs, Friday, June 14th at 7:30 p.m. Tickets are $35, including fees. For more information, visit stircove.com.