Home » Music » A noted vocalist hones in on home 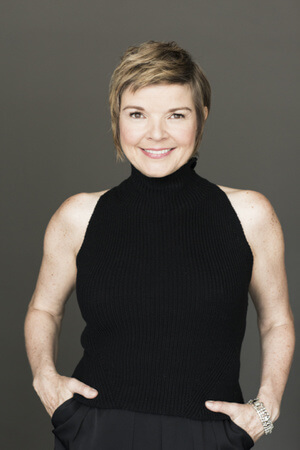 World- famed jazz vocalist Karrin Allyson swings into town. The UNO alum accords with chords echoing on the same campus where she once lifted her voice before soaring off into stardom.

The focus of her performance spins off from her 2015 best-selling Grammy-nominated CD “Many a New Day: Karrin Allyson Sings Rodgers & Hammerstein” leading Jazz Times to observe how it is  “…shaped around Allyson’s unique sound…. to exalt a spectrum of instantly familiar yet largely underappreciated gems.”  Given that she now has 16 CDs in circulation, no surprise that other Grammy nominations named her. FYI, as well, the New York Times called her a “singer with a feline touch and impeccable intonation.”

That new recording with pianist Kenny Barron and bassist John Patitucci, two jazz greats, is the kick-off for an expansion. The UNO Jazz Ensemble and the Heartland Philharmonic Orchestra share the spotlight in R & H songs. Allyson and the Ensemble merged before in 2011; our Leo Adam Biga wrote about it. http://www.thereader.com/post/karrin_allyson_with_the_uno_jazz_band

The Ensemble, led by Dr. Pete Madsen thrives. It’s toured much of the U.S. and has played with Randy Brecker, Diane Schuur, and Jon Faddis among others. The 70-member Heartland Philharmonic, composed of students and community musicians, sees Professor Barry Ford on the podium.

Allyson, growing up in Omaha, had a classical piano scholarship at UNO. Plus, at the time, she was lead voice for her own all-female rock band Tomboy and a member of a jazz swing choir. She had quite a number of local gigs, including Kilgore’s, Bob Gibson’s and Howard Street Tavern. “We were even voted the most popular band in Omaha at one time” she told UNO Alum Magazine in 2001, during one of multiple stops here, then to appear with the Omaha Symphony. http://unoalumni.org/Document.Doc?id=303.

It makes sense that she and the other musicians unite now. They are part of an ongoing 10-year anniversary celebration of the birth of UNO’s College of Fine Arts and Music

“The nice thing about singing jazz,” Allyson remarked, “is you can keep doing it the rest of your life, and you can hope that it only gets better.”