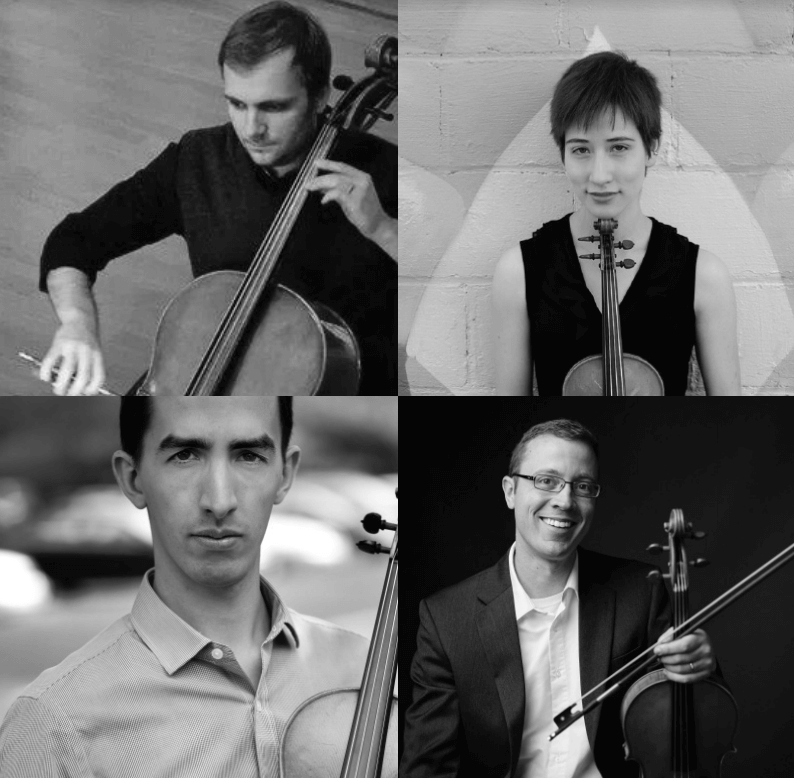 The Omaha Chamber Music Society (OCMS) kicks things off with a new concert series called Eko Nova. Danielle Meier, Board President for the OCMS, said Eko Nova is a three concert season that is run in partnership with Kaneko.

Meier explains each of the performances features a different ensemble exploring a variety of themes, “They will each perform music written in the 20th and 21st centuries. The first concert will feature the Eko Nova Quartet. They will explore how this super traditional thing, the string quartet, has actually been used by composers as early as Beethoven and as recently as Jerod Tate, as a novel vehicle for expression.”

The next offering on the series spotlights music for flute and saxophone, performed by the Tower Duo. Meier calls the married duo a “super couple.” Michael is a saxophonist and Erin plays the flute.

Rounding out the season is a concert called, “Eko Nova: The Forces Inside” which will feature John Klinghammer, clarinetist for the Kansas City Symphony.

“He is bringing an ensemble from Kansas City that includes a cello, Marimba, violin and himself on clarinet. They’re going to be doing works for mixed ensemble,” Meier said.

The OCMS will also continue its Summer Music Concert Series in June and July of 2019.

“It’s been so much fun to be able to present both traditional and nontraditional chamber music in our amazing concert hall,” she said.

Once again, Meier said they are kicking off the summer season with Bach’s “Brandenburg Concerto, No. 6” featuring two viola players who are constantly weaving in and out and chasing each other throughout the piece. That will be paired with the Brahms “String Sextet.”

“Then we will move on to what we are calling “Omaha Brass,” which is a brass quintet made up of Omaha Symphony and community musicians. Brass concerts are always fun because they can feature a lot of traditional classical music with brass. And brass ensembles will often do really neat arrangements of both popular music and music that’s written for other instruments and other ensembles,” Meier said.

The final performance of the summer series will most likely be centered on Beethoven’s “Archduke Trio,” which features piano, violin and cello.

As always, the OCMS will keep sending ensembles out to UNMC for its Music as Medicine series. The performances all take place in the atrium at UNMC’S Durham Outpatient Center.

“What’s really cool about that space is it’s open to multiple levels so people can come down and sit in the atrium to hear the music if they want, but patients can also just step out of their room and listen for a while,” said Meier.

The Omaha Conservatory of Music has always offered a variety of educational experiences outside of its private lessons and masterclasses. There are recitals with guest artists and students that have been open to the community. But this year, the organization is making it “official” by offering its brand new Inside the Mind of the Artist series.

Goos explained the concert series will offer six different, unique events that are designed to serve the community.

“We are going to offer some really great music at an affordable rate. Each program is structured to be educational in some aspect and engage in different ways,” he explained.

The season kicks off with a collaboration among the conservatory, UNO’s International Concert Series and Vesper Concerts to present the Amernet String Quartet.

The ensemble will be in residency in Omaha September 14th through the 16th. While they’re here, they will present a concert on the UNO International Concert Series at the Omaha Conservatory of Music. Goos said the group will also do a series of master classes as well as free classes. And then they will finish their time here with a second performance (with different repertoire) on the Vesper Concerts’ series.

Goos said October will feature a program called “Music and Art in Harmony.” For that concert, faculty musicians and community professionals are putting together a content experience that looks at how art and music both reflect and interact with each other.

Then the first program of the new year is a voice recital with vocalist Jaime Reimer, assistant professor of voice at UNL and pianist, Stacie Haneline, artist-faculty of piano at UNO, that offers works by female composers and African American composer. The program is called, “Climbing Uphill: A Celebration of Diverse Voices,” and takes place in late January.

“That concert is also designed to be interactive so the audience will engage with the performers throughout the recital. Jaime and Stacie will talk about the music and there will be a good dialogue back and forth,” Goos said.

That weekend, the conservatory will also offer a master class for their voice students as well.

The hope is that by designing concerts to be more interactive and dynamic, attendees will begin to see the performance work in a new way.

“All of these experiences take place here. It’s a very inviting atmosphere. We have a coffee shop that’s open and it’s just a nice, warm environment,” Goos said.

All concert information is at OmahaCM.org.

“We are offering a semi-staged version of a full musical this season. It’s South Pacific and I think it’s going to be really, really exciting. We also have Leslie Odom, Jr. performing on the Pops series. You might know him from Broadway and his role in Hamilton,” said Ernest Richardson, Resident Conductor and Principal Pops Conductor for the Omaha Symphony.

Richardson said he’s always impressed by the scope of the Omaha Symphony’s offerings each season. What’s his favorite? Probably the the Christmas program. But that’s not to say it doesn’t have its challenges.

“Christmas sounds like a particular thing to each person who cares about that holiday and it’s a traditional holiday. So there are just certain songs that mean Christmas to each person,” he explained.

Richardson said it’s exciting to put together the program, incorporating traditional songs and offering a new symphonic take on them, complete with dancers and singers. He estimates each year they add 15-20 minutes of new arrangements to the show.

The Harry Potter movie music concerts have been a blast for Richardson as well. He thinks it’s a great way for audiences to enjoy a movie but also discover a newfound appreciation for the score.

This year, the symphony will offer the second of the Harry Potter films.

And speaking of partnerships, he said the symphony will also offer a “Choral Collaborative” concert this fall which will include 400-500 high schools singers performing alongside the Omaha Symphony.

“The students are already starting to work on this year’s project which is Mendelssohn’s “Elijah.” This oratorio feels so much like an opera. It’s amazing to hear a chorus that big, that’s well prepared and excited to sing with the orchestra,” he said. 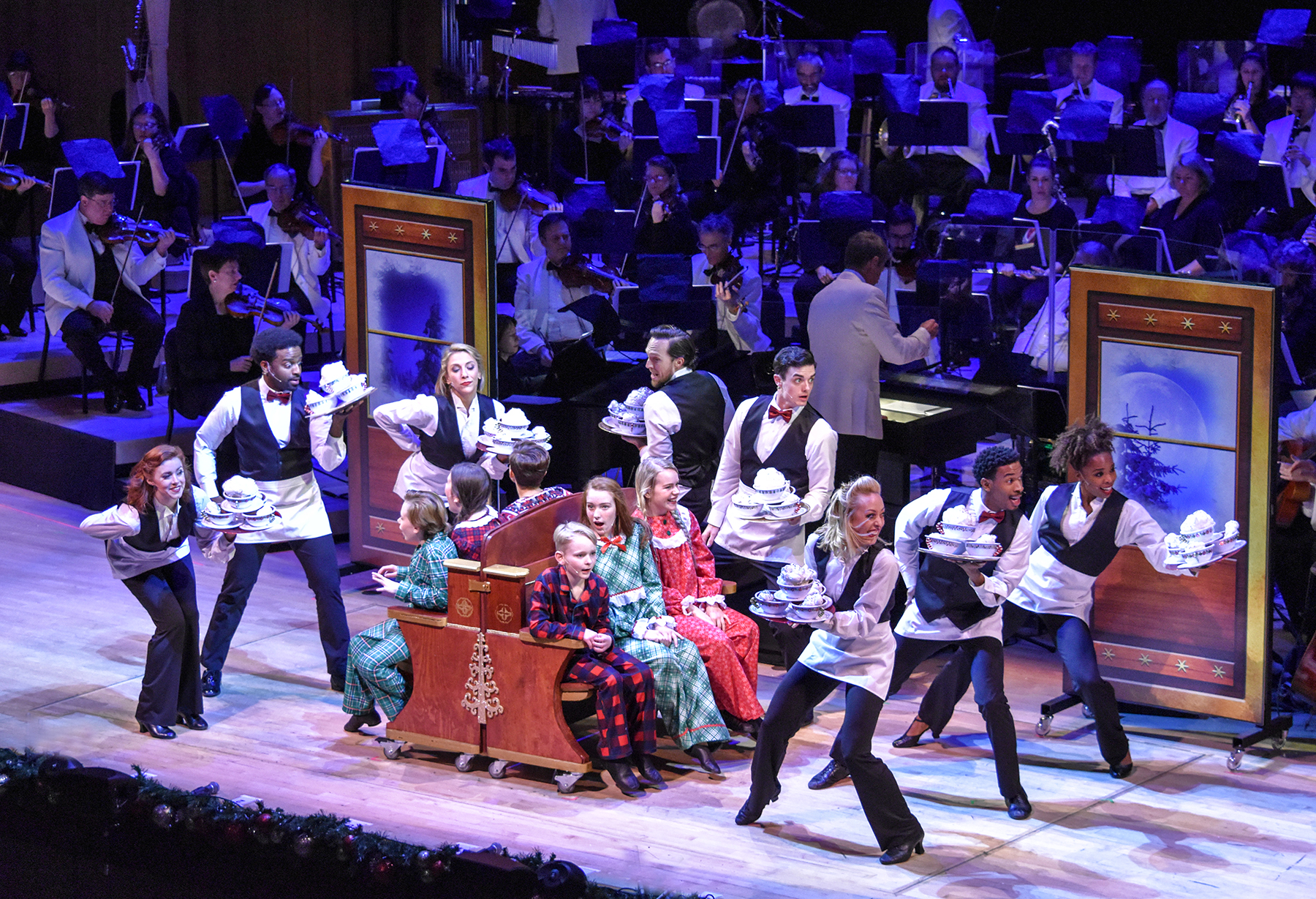