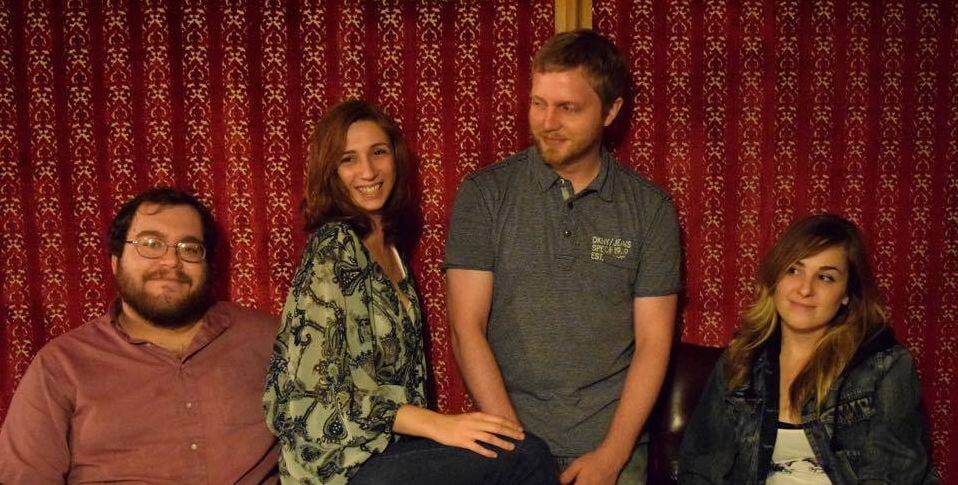 For having been an official band for less than a year, Pleiades & the Bear have done a respectable job of putting their mark on Omaha’s indie/roots/folk/Americana scene. Blending thoughtful lyrics with head turning four-part harmonies, P&tB are the kind of group that can hush a room. The band’s core members include Karmen DeLancey, Victoria Blodgett, Jonathan Knobbe, and Daniel Butler. Each an impressive singer and musician, members of P&tB all contribute in songwriting efforts. After some searching and fill ins, the band recruited veteran drummer Roselle Ledesma to hold down the beat. Since, the band has spent the last 10 months building a buzz with their stirring vocals and signature blend of indie and folk inspired songs. Listen to the player below for an interview and live songs by the band on the Worlds of Wayne Podcast. Check out the band at their WEBSITE.

Break out the parachute pants, flannels, and goatees as the Barley Street Tavern hosts another tribute night. This time, it’s all about the sweet, sweet, stylings of the 90’s. Who knows what you’ll hear? Will it be Alanis Morrisette? Pearl Jam? Fresh Prince? Hammertime? Creed? We can only dream. Featuring performances by Smokin’ J’s, Daniel Burns, Austin & Elle, Tony LaMar, Kurt Wagoner, Hector Anchondo, Virginia Tanous, Travis Sing, Doug Kabourek, and Jeff Dworkin and Jay NeSmith.

Click HERE for the event info on social media.

Pleiades & The Bear with Pancho & The Contraband, Backwater Spawn, and Justin Ready & The Echo Prairie

So you read my short piece on P&tB above and should now be listening to them on the podcast. Excited yet? Here’s your chance to go see them play live on one of the best sounding stages in the Midwest. Bonus is you’ll also be treated to some awesome folk/indie/Americana from Pancho & The Contraband, Backwater Spawn, and Justin Ready & The Echo Prairie. Click HERE for the event info.