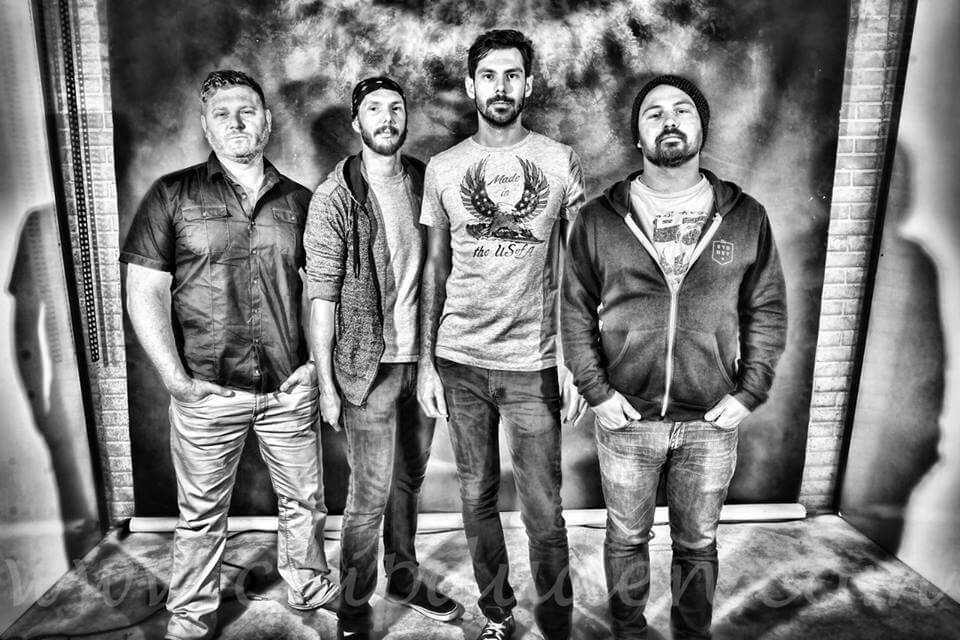 Rock Paper Dynamite is Back with a Bang

It’s been a while since the roots rock quartet Rock Paper Dynamite stepped on stage to give an audience a dose of its roots-rock glory. The band took a hiatus in 2014 and during that time founding member, drummer, and longtime friend Scott Zrust made the decision to follow his passion for the culinary arts and stepped off the drum throne. For some time, even members of the band wondered what the future held and if RPD would continue into 2015. But brothers Joe and Andrew Janousek have always been a dynamic duo of sorts and with new inspiration, a handful of songs, and new drummer Geoff Boyer, the band revitalized itself. Rock Paper Dynamite went back into the studio with producer Curt Grubb and recorded a new record entitled “Teeth.” The record drops this weekend supported by an album release show at the Waiting Room Lounge Saturday August 8th. Rothsteen, Those Far Out Arrows, and Matt Cox are on the bill, supporting the release with what is sure to be a fantastic show with a mix of signature Omaha sounds.

Recently the band visited the Worlds of Wayne Podcast and showcased a few songs off the new album and talked about how they approached new songs, a new member, and renewed plans for the future. Known for their animated live shows, harmonies, and quality songs, Rock Paper Dynamite has no plans of slowing down. Take a listen to the full interview below and make a point to join what is sure to be a packed house at the Waiting Room for their record release party.

Tuesdays for some reason seems to be a casual night in Benson. Still, a good cocktail or even a PBR tall boy tastes even better when accompanied by a little live music. Starting this week legendary pianist Ray Williams will be playing the house upright piano Tuesday evenings at Jerry’s from 8pm – 10pm. His vast catalogue of songs will have you singing along, tapping your toes, and appreciating the reprieve of 90’s hits on the jukebox. Owner Rob Rutar hopes to make Tuesday nights a time to hit up Jerry’s for something unique to Benson, a simple presence of live piano music paired with a laid back atmosphere. It’s the perfect way to get out of the house for a little mid-week entertainment without worrying about the weekend chaos in Benson.

Friday August 7th, All Young Girls Are Machine Guns will be joining Kait Berreckman and CJ Mills at Bridge Beats. It’s free to the public and all ages. AYGAMG is also releasing a new track on soundcloud Friday, a remix of their song “Snake in the Tree,” produced by Kethro featuring Conchance.  In more AYGAMG news, the band will be heading up the opening ceremony of Benson First Friday Femme Fest. With 7 venues and a line up of 40 bands, this event showcases groups with at least one female member. Bands include AYGAMG, Domestica, The Wagon Blasters, CJ Mills, Blue Bird, and many more. Get your pass and walk from venue to venue September  4th with music starting at 7pm. Check out the schedule HERE.