Let’s start with the first two days of the month, when Benson crawled with music fans and dozens of bands performed at six venues for Benson First Friday Femme Fest.

In its third year, BFFFF saw growth to Lincoln when a scaled-back version of the festival took over 1867 Bar in June, and it continued to promote the Femme Fest name at a month-long Barley Street residency in August. But the festival’s most distinct expansion came in the form of a second night of shows, doubling the size of BFFFF’s lineup. As the name of the festival would imply, BFFFF showcases women and non-males in the Nebraska music community and beyond, and every one of the nearly 75 acts at this year’s festival featured at least one woman band member.

Performances from FREAKABOUT, Edem Soul Music and Domestica highlighted the festival, but the real triumph was in the fact that such a festival exists in Nebraska. It was the fact that so many bands wanted to be involved, and it was the fact that hundreds of fans support an event with female empowerment as its foundation.

While the growth of Nebraska music festivals is nothing new (see Maha Music Festival and Lincoln Calling’s year-over-year expansion), it’s particularly encouraging to watch as an event with the purpose of BFFFF thrives.

That same weekend, another festival raged on the eastern edge of Midtown. DIY venue Milk Run welcomed the eighth Nebraska Hardcore Showcase on Sept. 2, where seventeen heavy acts were slated to perform 20 minute sets throughout the day. Hundreds of punks, clad in all black, crowded Milk Run’s graffiti-covered basement to catch sets by bands like the oddball hardcore quartet Suzi Q, sludge metal five-piece High Ruler and classic Omaha punk band RAF. Following each set, fans filtered out to the alleyway behind Midtown Art Supply to catch a breather from the basement humidity. Then, as the sounds of the next band’s bashing instruments careened outside, everyone followed their cue to return to the basement for the next set.

For most of the day, things ran smoothly. That is until an anonymous phone call brought four police cars to Milk Run around 6 p.m. as feminist punks Crease wrapped up their set. The police said they had been tipped off about a rave with underage drinking and narcotics, although nothing of the sort was happening. Police also said that the building’s owner was unaware of any such music venue and that the building was to be used for storage purposes only — all of which was news to Milk Run’s staff.

Eventually, the festival continued at Lookout Lounge with Lincoln garage punk band Death Cow resuming the music around 9:30 p.m. and with room-filling sets from BIB and Powerslop coming later on.

The Nebraska Hardcore Showcase recovered from the obstacles, but the run-in with OPD ended Milk Run’s tenure at 2578 Harney St. It’s the second time in as many years the DIY space has been forced to relocate. But since opening in Fall 2015, Milk Run has quickly become one of the go-to Nebraska venues for out-of-state bands to book shows and has played host to up-and-coming acts like Pinegrove, The Hotelier and (Sandy) Alex G. With a strong support system of local bands and fans, Milk Run operators say they’re confident they will be up and running soon at a new venue.

As one Omaha music resource and venue closes their doors, another opens theirs. In mid-September, the long-touted Hi-Fi House at 3724 Farnam St. began accepting membership orders for yearly access to its extensive collection of thousands of records and its state-of-the-art sound system.

Since early 2016, Hi-Fi House has operated under the radar, privately offering its library to select listeners, staging shows for acts like Omaha native and Kendrick Lamar collaborator Terrace Martin, and interviewing touring bands like Big Thief. But after going public, Hi-Fi House intends to foster a community where friends can gather to experience recorded music in the best setting and discuss what they hear. Memberships range from $300-$1,000 per year, and more information on events, membership and Hi-Fi House’s library is available at www.hifi.house.

A number of local acts put out new records in September, and we’ll break them down here.

First, Lincoln folk-rock troubadour Evan Bartels and his band The Stoney Lonesomes’ debut LP The Devil, God & Me released on Lincoln folk and roots label Sower Records. The record boasts steady percussion and the occasional wail of an overdriven guitar solo. But much of the LP can be reduced to Bartels’ acoustic guitar plucking, his gravelly, stirring voice and his Dylan-esque narrations on songs like “The Fine Things,” on which he sings “I’ll take me a ladder to the top of a mountain/just so I can climb good and high.” On The Devil, God & Me, Bartels sounds like a man beyond his years with the earnest skepticism of faith and existence felt by many a twenty-something. Bartels rang in the album’s release with an album release show at The Bay with Jack Hotel and Mike Semrad & The River Hawks.

Another Lincoln artist, the prolific experimenter John Freidel, dropped Entrancer, a sonic barrage of synthesizers creating otherworldly soundscapes over danceable electronic beats. Much of the album sports an accessibility provided by major key fluttering synths, but songs like the title track haunt with a fearsome urgency not unlike that of the theme song in John Carpenter’s “Halloween” franchise. Entrancer comes on the heels of Freidel’s A Rose In The Glass, which appeared just as the calendar turned to January 2017. Then there was the office job-themed rock opera, Business, which Freidel headed with his power pop project Green Trees in June. It’s a wonder Freidel can produce so much music in a single year, and what’s more is the music is consistently good. Entrancer was celebrated at an album release show at 1867 Bar with Universe Contest and Effluvium.

Next, Ashland, Nebraska, indie rock quartet The Way Out released its debut LP Automatic Writing at the beginning of the month. The record serves as a significant sonic maturation from the band’s 2016 EP Good Grief, taking the latter’s teenage angst and fusing it with densely calculated rock instrumentals owing as much to the Pixies as My Chemical Romance. Rather than letting her vocals simply accompany the music — as was occasionally the case on Good Grief — frontwoman Mari Crisler’s vocals tower over many tracks here, forcing listeners to feel the weight of her post-relationship woes throughout. The band celebrated the record on Sept. 9 at a birthday party-themed release show at The Bay. Uh Oh, Centerpiece and Mad Dog and the 20/20s opened the show.

Finally, perhaps one of Nebraska’s most instrumentally talented bands, Mesonjixx, dropped its debut EP In The Middle last month, combining old-school blues guitar licks with sexy funk-driven rhythms. And speaking of towering vocals, frontwoman Mary Lawson adds to the already-sonically sweeping mix her soulful but lush and breezy voice, which would easily hold its own to modern R&B stars like SZA and Jhené Aiko. Not once in the EP’s four tracks does Lawson’s voice command attention, but every note she hits earns it. In The Middle is a promising debut years in the making, which only hints at the band’s potential. The EP came out on Sept. 22 at a release show at The Zoo Bar with Omaha hip-hop duo BOTH. 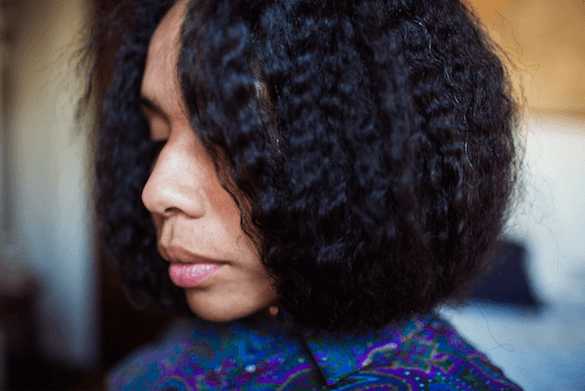 Make sure to check out our Backbeat Column again next month when we talk Lincoln Calling, reflect on The Boner Killerz new EP and more. Of course, this isn’t all of what happened in Nebraska music over the last month. Head over to hearnebraska.org for our tri-weekly news column, and keep up with music scene events and news all year round.

This column is part of an ongoing collaboration between The Reader and Hear Nebraska, a music journalism and production nonprofit seeking to engage and cultivate Nebraska’s music scene. Here, we’ll break down the biggest Nebraska music news from the last month.