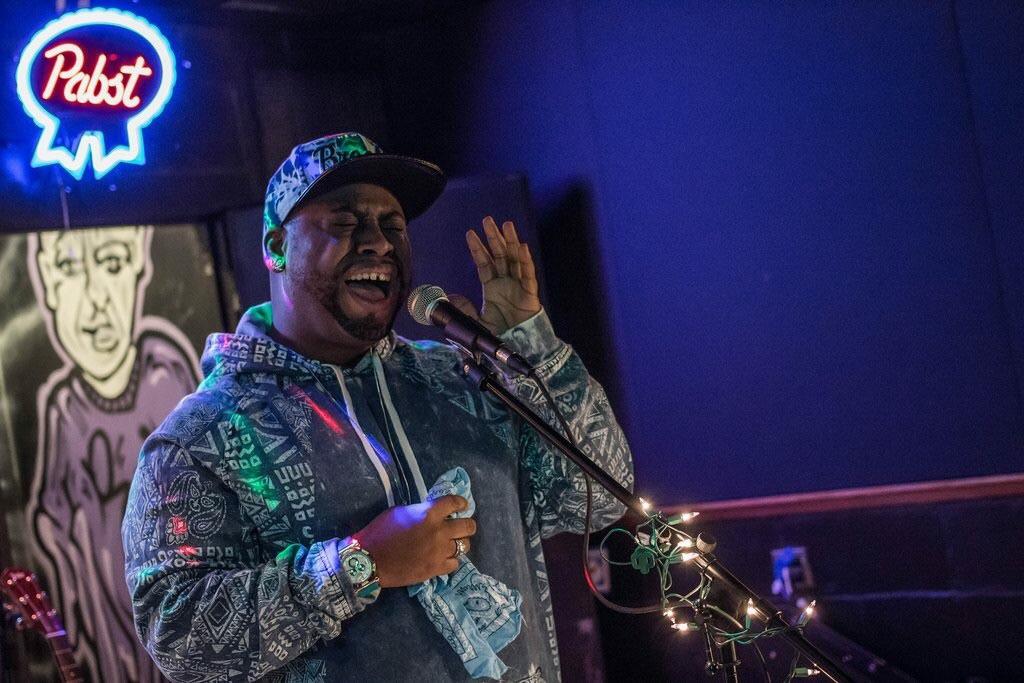 Just when a random 50-degree-day makes it seem as if winter has reared its ugly head for the last time, it comes back viciously with negative wind chills and ice harshing the morning commute. Fortunately, as winter hangs around, so does awards season, so we’ll start this month’s column discussing the winners at the 2018 Omaha Entertainment and Arts Awards, which took place on Feb. 18 at Omaha Design Center and was hosted by R&B artist Dominique Morgan and playwright Beaufield Berry-Fisher.

For those unfamiliar, the OEAAs celebrate work from local visual artists, performing artists and musicians with an annual awards show. The night featured performances from rapper J. Crum, experimental vocalist, Omaha Under the Radar music festival founder Amanda DeBoer Bartlett and longtime Omaha hardcore punk band RAF. Among the winners for music awards were J. Crum for Best Hip-Hop/Rap artist, Dominique Morgan for Best R&B artist, The Boner Killerz for Best Punk artist, Josh Hoyer & Soul Colossal for Artist of the Year and See Through Dresses for Album of the Year (Horse of the Other World) and Best Alternative/Indie artist. See the full list of winners at oea-awards.org.

See Through Dresses are only continuing a hot streak, too, as the band recently recorded a live session for Chicago-based music media outlet Audiotree, which invites hundreds of touring indie bands each year for interviews and to perform live in studio. Audiotree then posts the live sessions on its YouTube page, which boasts over 300,000 subscribers. See Through Dresses stuck to performing songs from Horse of the Other World — including “Catacombs,” “Violet,” “Radiant Boy” and “Lucy’s Arm” — which dropped in July 2017 and marked a change of pace for the band, focusing more on synths and textures than the grungy alt-rock of 2015 EP End of Days. In the interview portion, the band discussed that change, as well as Omaha’s DIY community, bad corn jokes and shopping at Target. The live video was available on YouTube temporarily and has since been removed, but Audiotree typically reposts the edited sessions soon after the recording, so look for the video online sometime this month.

Speaking of Omaha’s DIY community, Austin-by-way-of-Omaha record label We’re Trying Records and Omaha house show venue Lucy’s Pub announced in three waves the lineup for the second House Fest, which the two organizations are coordinating. 30 artists are on the bill, and highlights include Oklahoma City emo band Cheap Kites, local indie pop project Jacob James Wilton, Lincoln indie rock band Universe Contest and We’re Trying Records artists I See Land and Runt. See the rest of the lineup by searching “We’re Trying Records Presents: House Fest II” on Facebook. Last year’s festival drew hundreds to the ranch-style house near 90th and Blondo to catch local indie bands like The Ambulanters, Better Friend and The Way Out, as well as DIY touring bands Chess Club, Kill Vargas and Remo Drive — just before that band gained national attention and found itself on tours with Sorority Noise. If you go, expect the house to be just as packed as it was last year but with one notable change: the addition of an outdoor stage taking the place of the basement stage.

In more festival news, Lincoln Exposed celebrated its 13th anniversary in February, luring hoards of music fans to five venues in downtown Lincoln — the Bourbon Theatre, Bodega’s Alley, The Zoo Bar, 1867 Bar and Duffy’s Tavern. The fest took place over four days, from Feb. 7-10 and, true to its namesake, featured an all-Lincoln lineup with over 100 acts. As with most years, the festival reaffirmed the vibrance of Lincoln’s music community, and it’s undeniable if a Wednesday night show at Duffy’s can generate a packed house. Following the fest’s end, organizer and FREAKABOUT frontwoman Cortney Kirby took to Facebook to express her gratitude.

“I’ve always loved Lincoln and the people in it, but that feeling always intensifies after Lincoln Exposed,” she said.

Also in Lincoln, The Bay hosted a benefit show, dubbed Latino Lives, on Feb. 17 spotlighting Hispanic artists in the Lincoln and Omaha DIY scenes, sporting a six-hour slate of music and eight visual artists. The show raised $1,115 to support more shows and events with the same mission. Aramara Quintos Tapia, the 18-year-old frontwoman of garage punk band Histrionic, coordinated the event, which filled The Bay’s spacious performance area with hundreds of fans — many of whom appeared to be under 20 years old. Between sets, attendees scanned the pieces from Latino artists or indulged in the free vanilla-strawberry cake. And during sets, raucous mosh pits sprouted for Omaha hardcore band Loud Minority, Lincoln psych-rock four-piece Threesome Egos and Histrionic. Rapper HAKIM brought banger beats and smooth flows to close the night out. Between songs in Histrionic’s set, Quintos Tapia thanked the crowd for coming, saying she was overwhelmed with the turnout and would probably go home and cry out of happiness afterward.

Following a January packed with local albums from artists like HAKIM, Jacob James Wilton, Josh Hoyer & Soul Colossal and Omaha political punk quartet No Thanks, February tamed things down, with just a handful of tracks and EP’s to survey.

In last month’s column, we touched on the lead single, “How Simple,” from Philadelphia indie rock band Hop Along’s forthcoming third record Bark Your Head Off, Dog. It was a bit of a sonic departure from the band’s erratic song structures on earlier albums Get Disowned and Painted Shut, opting for a more pop-focused sound. The latest single from Bark Your Head Off, Dog, “Not Abel,” feels like a mix of Hop Along eras, as the verses sound more like freak-folk than anything the band has released since it was frontwoman Frances Quinlan’s solo project in the 2000s. But the song’s latter half breaks into what’s possibly the most infectiously catchy passage the band has ever committed to a record. Any worries of Hop Along taking a strictly pop-rock route on the new album after hearing “How Simple” have to be quelled. If anything, it’s even less clear how the rest of the album will sound as a whole. We’ll have to wait until April 6 to find out.

In a bit of a change of pace from the indie rock of Saddle Creek, Lincoln death metal band Violent Death Equipment delivered its five-song EP, High Velocity Splatter in February. The three-piece has been around in a number of incarnations since the beginning of this decade, and High Velocity Splatter marks the first release at this juncture in the band’s existence. Produced by engineer Sean Joyce, the album roars with technically confounding riffs, frontman Cody Boyles’ guttural vocals and double-kick drum blast beats. Considering each song’s breakneck pace, it’s a wonder any of the songs reach past the three-minute mark, but Violent Death Equipment use this extra space to impart on brutal breakdowns and solos that simultaneously recall Converge and Covenant-era Morbid Angel. The band celebrated the album’s release on Feb. 16 at 1867 Bar with fellow metal bands Autumn Paradox, Carnographer and Topeka’s Dark Apostle.

Finally, Lincoln rapper Eddie Branch has been cutting his teeth at local shows for the past year and working with Lincoln-based collective Dreamscape Media Group, which has released projects from emcee Sleep Sinatra and producer PhantomJanitor. Near the beginning of February, Branch dropped his debut single, “Mancala,” which sees the rapper spitting with a monotone, Earl Sweatshirt-esque delivery over an industrial-leaning, sparse instrumental that would fit snugly on a Clipping album. It’s a strong debut, with capable flows, mind-bending rhymes and forward-thinking production. Branch’s debut mixtape, Wake Me Up When It’s Over, is due for release through Dreamscape this spring.

This column is part of an ongoing collaboration between The Reader and Hear Nebraska, a music journalism and production nonprofit seeking to engage and cultivate Nebraska’s music scene (and now, a program of new nonprofit umbrella Rabble Mill). Want more Nebraska music news? Keep up with local music happenings at hearnebraska.org and make sure to check out next month’s Backbeat Column.