This column is part of an ongoing collaboration between The Reader and Hear Nebraska, a music journalism and production nonprofit seeking to engage and cultivate Nebraska’s music scene (and now, a program of new nonprofit umbrella Rabble Mill). Here, we’ll break down the biggest Nebraska music news from the last month.

Omaha’s legendary indie rock label Saddle Creek is off to a hot start this year, announcing in January that one of its current biggest bands, Philly indie rockers Hop Along, has a new album titled Bark Your Head Off, Dog dropping on April 6. The announcement came after a few weeks of the band stitching the album art together on its Instagram page one photo at a time, then on Jan. 22, Philadelphia radio station WXPN debuted the album’s lead single and opening track, “How Simple.” The song sees the band taking a more pop-focused approach to the often nonlinear structures they became known for on past records Get Disowned and Painted Shut. Frontwoman Frances Quinlan’s voice is even a bit more reserved — her trademark raspy shouts are nowhere to be found — but the new direction Hop Along takes results in an early contender for the most addictive hook of the year: “Don’t worry, we will both find out, just not together.” 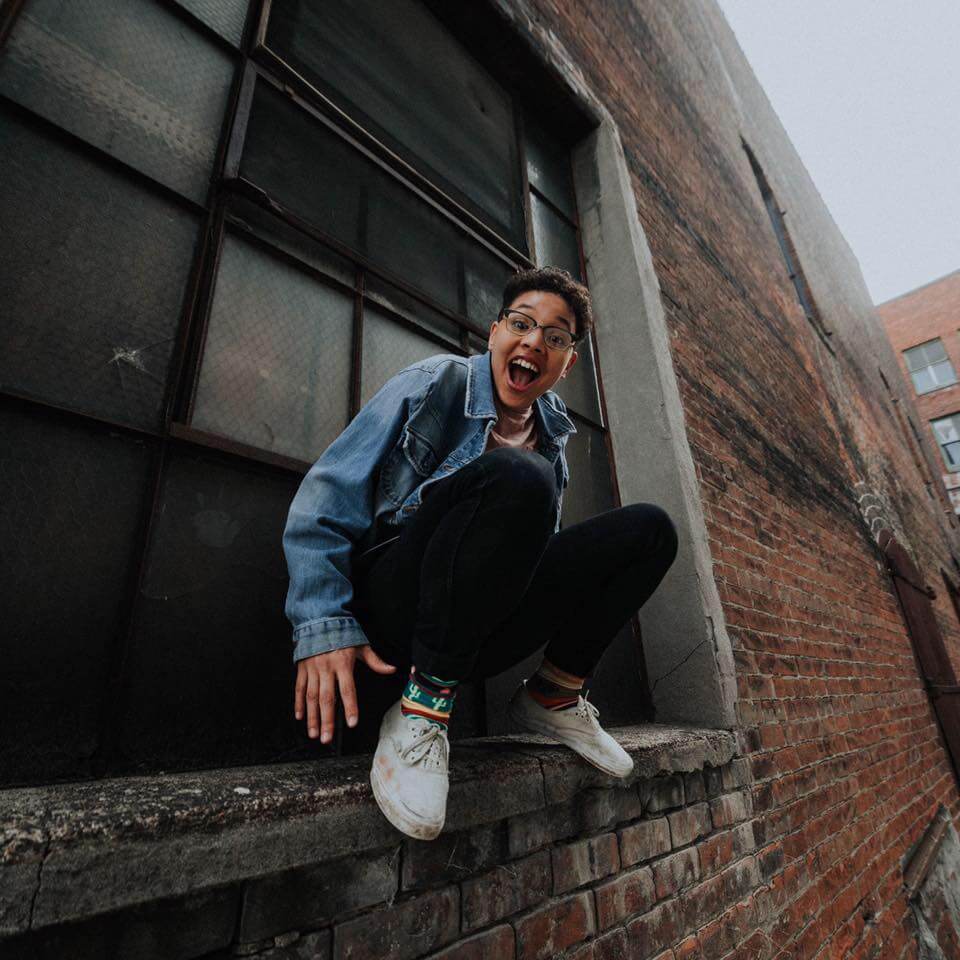 Also in Omaha, indie pop singer-songwriter Jocelyn unveiled some big news that she has signed to European record label BMG, making the announcement via a Facebook video. BMG has American presences in New York, Nashville and Los Angeles, and Jocelyn will head the LA base to shoot for stardom. BMG has been involved with artists as well-known as Morrissey, Bruno Mars and Big K.R.I.T., and, according to its website, prides itself on using the tools of a major label to promote its artists while giving them the care of an independent label. It was that concern for its artists that drew Jocelyn and her manager Jeff McClain to the team.

“We just really saw eye to eye on the approach and direction for Jocelyn, and they were willing to work with us on that,” McClain said. “So, ultimately, that made the decision for us.”

Jocelyn’s signing comes on the heels of a May 2017 appearance on CBS’s Undercover Boss, on which former Hootie & the Blowfish frontman turned country star gave the songwriter $10,000 to kickstart her career. McClain said live dates, new music and another TV appearance — he couldn’t yet disclose which program — are on the way for the 20-year-old songwriter.

In Lincoln’s Railyard, Vega, one of the entertainment district’s first businesses and only music venue, shut its doors after four years  handling the steep downtown rent. In its time in the Railyard, Vega consistently booked established and up-and-coming indie acts like Built To Spill, Conor Oberst and Le Butcherettes. But as Lincoln loses one music venue, Vega co-owners Eli and Carrie Mardock reopened a former Lincoln concert hall institution, The Royal Grove, just northwest of downtown. The Royal Grove first held rock shows back in 1967 and featured shows with iconic artists like Pat Benatar and Edgar Winter before new ownership turned the venue into a country bar in 2005. The Mardocks celebrated the reopening on Jan. 25, when Finnish EDM producer Darude, best known for his hit “Sandstorm,” performed. With The Royal Grove’s substantially larger square footage compared to Vega, look for the venue to book more shows with more well-known acts in the future.

Lincoln rapper HAKIM has wasted no time on his journey to success, dropping mixtape after mixtape since turning from a career in basketball to hip-hop in 2014. On his latest, Young Drifter II, the rapper reaffirms his standing as an ambassador for Nebraska rap, drawing from influences as contemporary as trap artists like Migos and as underground as Clams Casino. Through the album, HAKIM toys with numerous flows as the record’s production bounces from auto-tuned, 808s & Heartbreak-indebted instrumentals to dreamy, cloud rap trunk-rattlers. Young Drifter II is unquestionably HAKIM’s most instrumentally ambitious project thus far, as eerie squelches and futuristic squeaks lurk on the other side of every bar. Though the tape’s lyrics aren’t entirely novel for HAKIM — often revolving around his goals of putting the “Corn Coast” on the map and reaching hip-hop stardom — there’s no knocking the man’s hustle. As far as hip-hop goes, there’s no other rapper in Nebraska right now with such consistently strong output and such a clear vision for success. Young Drifter II is available on all streaming services.

In Omaha, political punk four-piece No Thanks delivered their debut full-length The Trial after four years of consistently releasing EPs railing against capitalist ideals and fascist leadership. For much of 2017, the band teased The Trial with a pair of singles, “The Harvest” and “Flying Columns,” on which typically-shirtless frontman Brendan Leahy shines with his assertive shouts and spoken word verses. And the full album is no different, as Leahy’s lyrics depicting an America in disarray are littered from song to song. On each track, Cam Stout’s bass growls like a bear ready to pounce, melding into drummer Gabe Cohen’s plodding, ever-intensifying rhythms — built with drum production that could have easily fit on a Christian Death record in the early-’80s. And on songs like “Lurch,” Michael Huber’s guitar progressions creep along before abruptly transforming into watery blasts of dynamic soloing in the chorus. It’s the kind of spooky post-punk you’d expect to hear at an ‘80s movie Halloween party. But what’s most impressive on The Trial is how No Thanks manages to make each solo or crowd vocal hook as gratifying as the those on the track before. No Thanks commemorated the album’s release with a show on Jan. 26 at OutrSpaces with Omaha experimental band Screaming Plastic and Lincoln punks Death Cow. 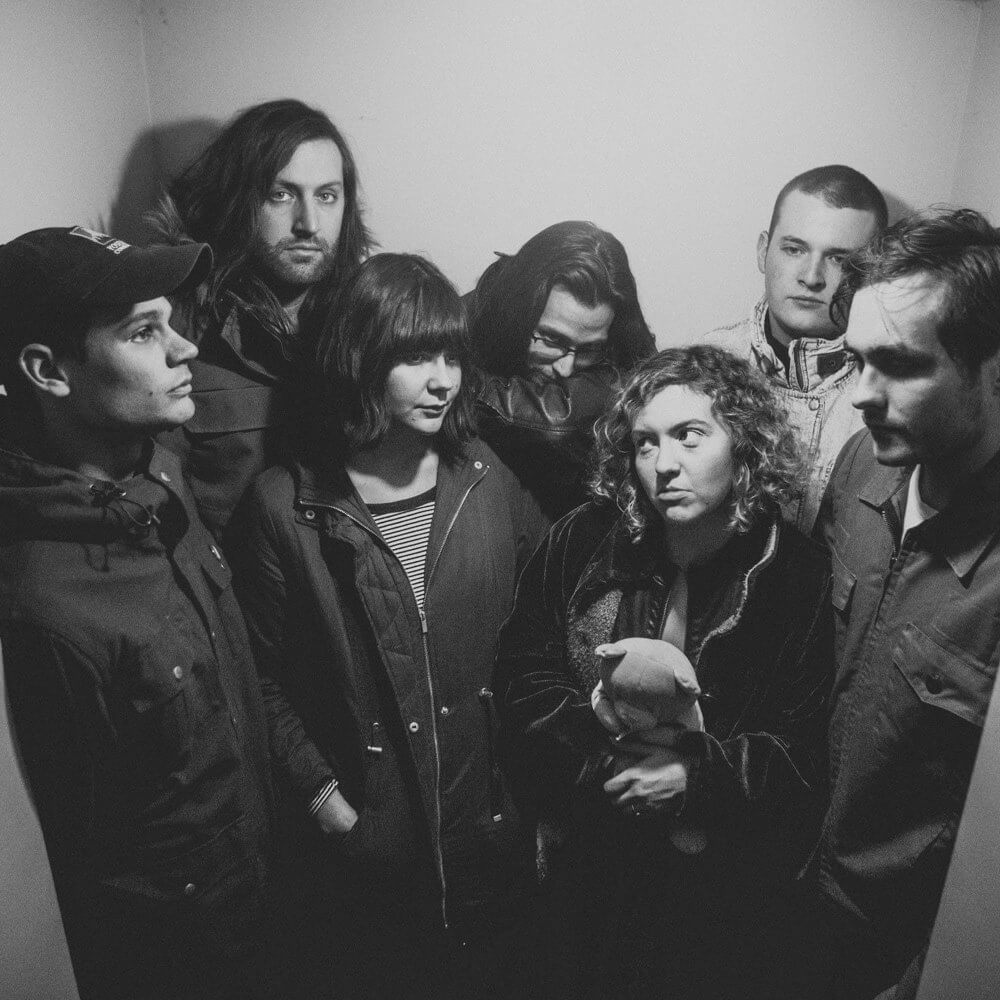 Fellow indie band Jacob James Wilton dropped its first full-band release, Distant., which follows the early-2017 acoustic EP Watazoa, SC. The project, which Jake Newbold spawned after the demise of his former band, Super Ghost, now features as many as seven live performers, with five of them contributing on Distant. Musically, the album casts a wide net, fitting earnest power-pop (“Coat”), ultra-melodic dream pop (“Ville De L’Amour”) and towering post-rock (“Waiting”) into the six-song tracklist. And according to the album’s Bandcamp listing, the songs are meant to be listened to as a direct narrative, which seems to follow a relationship through the honeymoon phase to a perfect love to one lover patiently waiting for the other to regain the feelings they once had. But the lyrics are vague enough that any listener can craft a meaning for themselves. Newbold’s songwriting talents have always been clear, but Distant. Finally sees those talents fully realized. Jacob James Wilton hosted a pair of album release shows, one on Jan. 12 at The Bourbon Theatre in Lincoln and the other on Jan. 20 at Lucy’s Pub in Omaha.

Back in Lincoln, Hana Zara, the Sower Records singer-songwriter with a pair of albums already under her belt, released the luscious hourlong LP Where Amanda Is King. Despite Amanda’s singer-songwriter nature, to call it simply an acoustic album discounts a clear effort to create dreamlike soundscapes accentuated with subtle electronics. Songs like “The Toy” take medieval, baroque guitar plucking and pair it with Zara’s wispy voice and tasteful xylophone, making it feel like it could have been played live at a renaissance fair. But the album’s greatest strength is in Zara’s lyrical imagery, which often sounds structurally as if it were pulled straight from her poetry notebook, with lyrics like “You say the whole thing holds a sin, I guess I worry that it won’t” on “House of Mirrors.” As a whole, Amanda is folk music drawn back to its roots — way past Bob Dylan’s social commentary or the aching remorse of Nick Drake — to a simple but refreshed look on the genre’s beginnings and a template for the future. Zara celebrated the album’s release on Jan. 6 with a show at Lincoln’s Parrish Studios with Oatmeal ‘97 and Amber Stevens.

Want more Nebraska music news? Keep up with local music happenings at hearnebraska.org and make sure to check out next month’s Backbeat Column.