Happy 2018! We’ll cut the New Year’s Resolutions and get straight to the news, as a few local artists dropped new LPs and EPs just before the year-end lists hit. 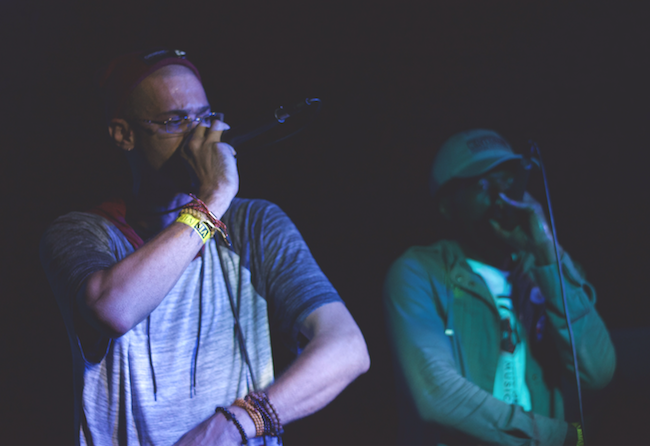 Omaha emcee and beatmaker Marcey Yates delivered his second release of 2017, following up his collective The Dilla Kids’ October EP Like this month with the eleven-song mixtape Not High Enough. As Like did, Yates’ new record most often sees the emcee tiptoeing over soul-sample-based, jazz-influenced instrumentals that sound like they could have sprung up out of a Madlib and MF Doom production session. But other tracks deviate from the formula Yates has carved for himself, like “No Take Backs,” which lays a booming beat over a prominent classic rock guitar lick. On “Side Lines” and “Jesus Flow,” Yates tests trap and borrows flow-inspiration from the Black Hippy posse cut “Vice City,” and tackles poverty on “Laundry Day” singing “Please stop asking where that fund at/my life is money, gotta run that.” Though only a mixtape, it’s another well-executed, hyper-focused addition to Yates’ heaps of output. Stream it on Apple Music and Spotify.

Another Omaha artist, hardcore punk four-piece Bib dropped an album this month, following up its January two-song single The Face with the EP MOSHPIT. It kicks off on “Believe In Me” with an eerie piano harmony before guitar feedback seeps into the mix, eventually morphing into a mid-paced guitar chug-off as Nathan Ma wails away through his sinewy reverb vocal machine. Each song squeezes multiple parts into three minutes, as if crafting hardcore medleys. “Freedom” has a bit of a rocking Against Me! vibe near the beginning, but it’s not long before the guitars are burning walls of noise and Ma’s voice is drowing into a black hole. Bib have toured the U.S. and Europe in recent years, and when toting albums like MOSHPIT, there’s no reason to think they aren’t making an impression. MOSHPIT is available on Bandcamp, Apple Music and Spotify. 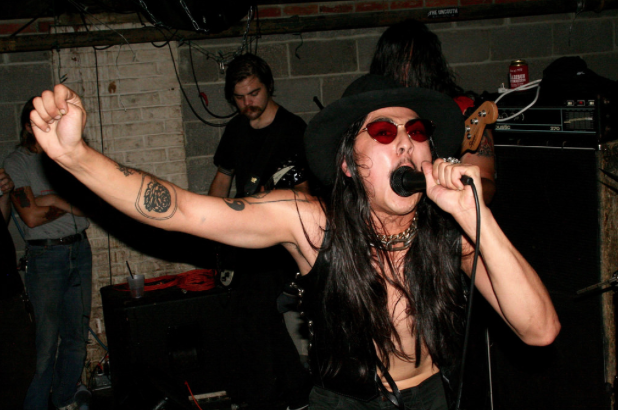 Finally, Lincoln indie rock up-and-comers Seymour released its second EP of 2017, X1. It’s the band’s second release overall, too, as the band played its first show in spring of this year. In June, they released their debut, They Live, which took heavy inspiration from Chicago garage rock band Twin Peaks (Seymour often pays their respects at their live shows, covering that band’s hit “Wanted You”).  X1 turns the chorus guitar effects up all the way and ups the production value, which is really the album’s best quality. Where lo-fi production on They Live sometimes distracted from the album’s strong songwriting, X1’s mix is crisp, dreamy and full of color. It’s a showing of impressive songwriting abilities, and it points to even more growth with future releases. 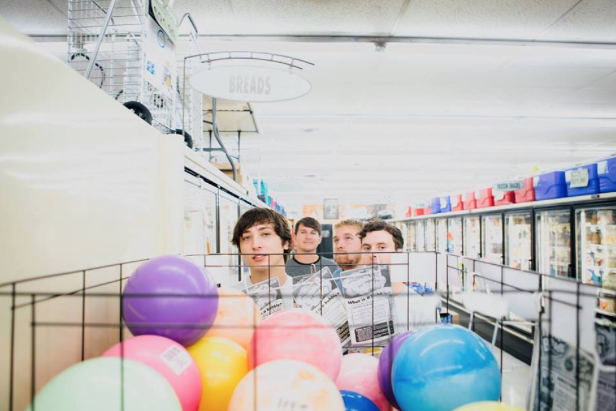 As last month was December, it was only fitting that a few Lincoln and Omaha organizations held shows assisting local causes and charities.

Over the course of a weekend in December, nonprofit Toy Drive for Pine Ridge and Omaha country-rock band Lash LaRue & The Hired Guns held their 15th-annual toy and supply drive benefiting children of the Pine Ridge Indian Reservation. Started in 2003 by frontman Lash LaRue, aka Larry Dunn, the event has expanded over the years into multiple regional concerts and radiothons, according to Toy Drive for Pine Ridge’s Facebook page. This year’s drive featured a handful of benefit concerts, including one as far away as Ames, Iowa. But the flagship event happened on Saturday, Dec. 9 at The Waiting Room and Reverb Lounge with bands like hard rock four-piece Jump the Tiger, folk songwriter Matt Cox and Lash LaRue & The Hired Guns themselves. In all, the events received enough donations to fill a semi-trailer, and Dunn personally delivered them to the reservation the week after the show.

Also on Dec. 9, Lincoln queer art collective/record label Tiny Giant Empire relaunched itself with six hours of music and local art at The Bay. The collective — founded by musician Zo Willow in 2015 in hopes of giving exposure to Lincoln’s queer artists — dwindled a bit when the workload became too much, Willow said in a Daily Nebraskan interview. But with the help of ex-This Machine Kills Vibes frontman Spencer Krull, Willow is giving Tiny Giant another try. This incarnation will introduce a Patreon fundraising page for the label and will seek to host one big event every quarter. Past Tiny Giant events have included the yearly TinyFest, which puts local queer bands and artists on display. The show at The Bay was similar, with bands like The Morbs, Death Cow and Zo/Laser Lotus performing. Rock band Gnawstic closed the night out, and as the two-piece blasted through its odd-timed riffs and measured drum fills while dozens admired from the audience, Tiny Giant looked like a renewed organization with its goals in reach.

One week later on Dec. 16, 30-plus bands flooded five downtown Lincoln venues for the second annual Nebraska Funk & Soul Alliance festival benefiting eight Lincoln and Omaha charities for at-risk youth. The Josh Hoyer-led event featured an all-star local cast of soul, funk, hip-hop and blues bands like A Ferocious Jungle Cat, AZP and Jocelyn. The proceeds from every $20 festival ticket was donated to one of the charities including Omaha Home for Boys, Youth Emergency Services and The Bay, raising $5,455, or about $680 for each charity.

And, finally we’re glad to bring some news that has us at Hear Nebraska looking forward to what 2018’s got in store and where we’re headed in the future. As of Jan. 1, The Bay, the Lincoln skatepark/coffee shop/music venue and Hear Nebraska are one entity, under the nonprofit umbrella Rabble Mill. Rabble Mill is focused on providing direct support to help musicians reach their next level, while developing the next generation(s) of music industry workers and performers.

The Bay launched around the same time as Hear Nebraska in 2010, and since then, its goal has been to provide a creative haven where young skaters, musicians and artists feel valued. With annual events like its Skate Art Music Festival — which combines skate competitions, local music and art displays into one daylong festival — The Bay brings those “misfits” together, and we’re excited to use our local music background to join the cause.

Together, we envision a future where every kid has the same opportunities to develop into the next creative, the next thought leader. And through constant art and culture-focused youth outreach, we think that’s possible.

This column is part of an ongoing collaboration between The Reader and Hear Nebraska, a music journalism and production nonprofit seeking to engage and cultivate Nebraska’s music scene. Here, we’ll break down the biggest Nebraska music news from the last month. Want more Nebraska music news? Keep up with local music happenings at hearnebraska.org and make sure to check out next month’s Backbeat Column.