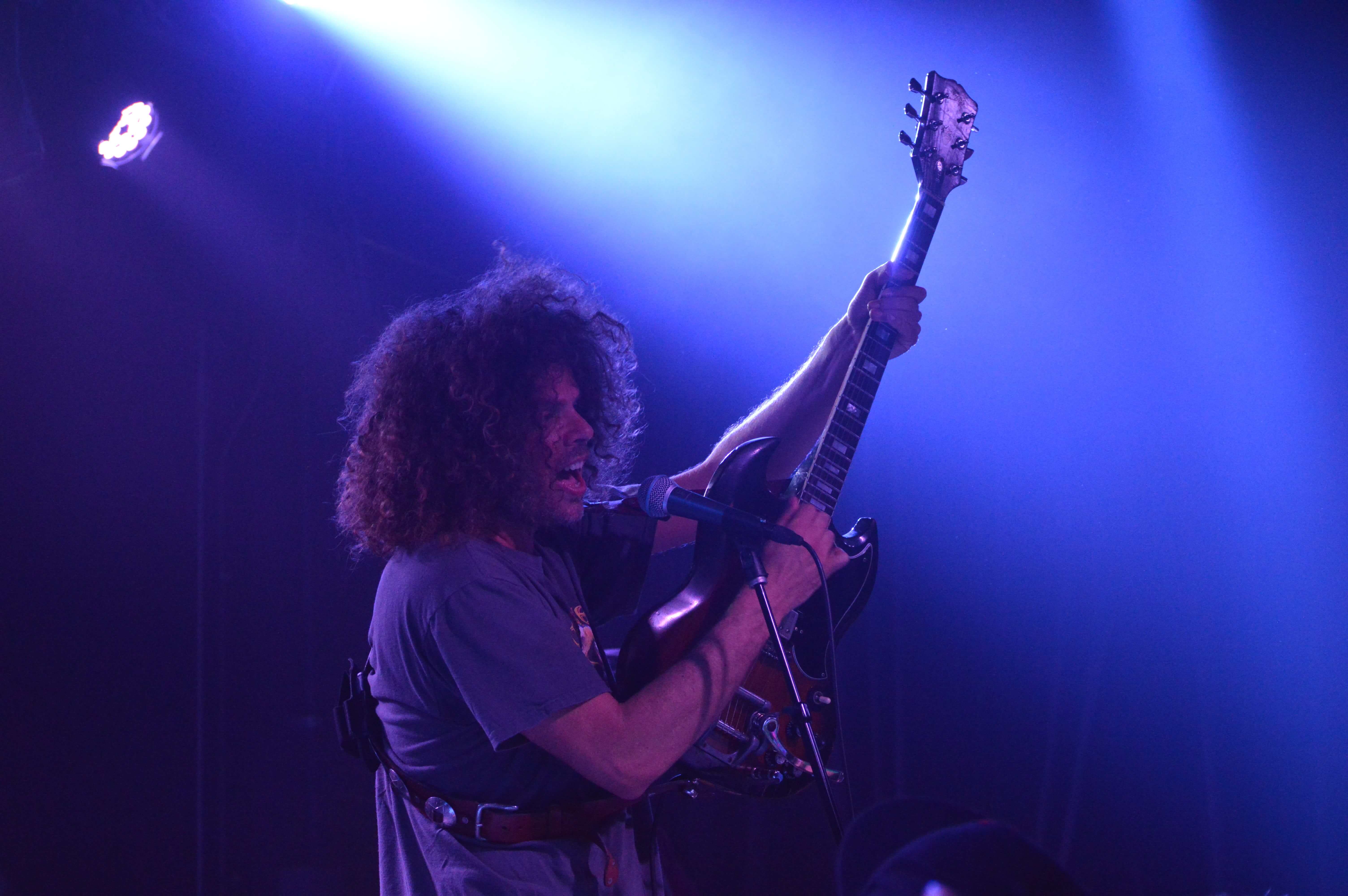 Summer is officially over. I know, that’s kind of a bummer, but September still gave us enough great shows and a few new releases that helped us wring every ounce of enjoyment of the fleeting warm weather days.

Lincoln Calling celebrated its 15th birthday in style last month with some stellar performances. Though the headliners weren’t quite as big as last year (no Charli XCX this time around), I think it helped the festival to maintain the vibe that this was a hotbed for young and exciting bands. My colleague Tim McMahan made the argument that it’s reminiscent of the early years of Austin’s South by Southwest and it’s easy to see the parallels; lots of venues, both in and outdoors, the bands were hungry to make their mark, and a price tag that was more than reasonable.

Highlights from this year’s iteration didn’t just come from the acts that were higher up on the billing either. Matt Whipkey gave a solid set filled with new tunes from his album Driver about his exploits working for Uber, while Jared and the Mill brought an excellent dose their western (and I mean John Wayne-style western) rock that ended up being the best set at the Zoo Bar on Thursday evening. Twinsmith even put on a showcase at Duffy’s that included some of their favorite artists. The Lincoln band also kicked off the showcase with a set that drew from their first two records, both of which were released on Saddle Creek, that had the audience collectively swaying to their indie pop grooves.

Headliners Japanese Breakfast and Parquet Courts didn’t disappoint either. The former’s spacey bedroom pop has the same expansive intimacy (I know, that sounds contradictory) in a live setting that it does on record. Songs like “Road Head” and “Diving Woman” filled the Bourbon Theater with their gentle beauty;  the former built upon a simple guitar hook and fluttering Eastern-sounding keys and the latter’s saccharine fuzz reminiscent of early Deerhunter. The songs sound like dreaming if that makes any sense.

Parquet Courts were an altogether different experience. The band’s first album, 2012’s Light Up Gold, was full of punk burners and angular, post-punk oddities. For 2018’s Wide Awake, the band’s sixth album and their first with Danger Mouse at the helm as producer, the band have transformed into something dancier. You could hear it on tracks like “Wide Awake!” and “Almost Had to Start a Fight/In and Out of Patience.” The set wasn’t all that dissimilar from their early afternoon show at Lollapalooza earlier this year — which was definitely not a bad thing.

Grammy-winner Xavier Amin Dphrepaulezz, otherwise known as Fantastic Negrito, brought his mix of blues, R&B, and funk for a fantastic Friday night set at the Bourbon. Dphrepaulezz picks and chooses from those genres to create what he calls “black roots music for everyone,” and everyone at his set was certainly enjoying cuts from his 2018 record Please Don’t Be Dead.

Criteria put on a searing set for all the Omaha indie-rock die-hards on Friday. For the uninitiated, Criteria is ex-Cursive member Steve Pedersen’s project. The band started in 2003 and it sounds exactly as you would imagine a band started by an ex-Cursive member would sound like during that time. There’s the hard-nosed emo of the early Cursive records, elements of late ’90s alt-rock (think Modest Mouse), and even some pop-punk. Pedersen delivered the songs with a visceral vocal performance and a near unsettling amount of conviction. The searing red and yellow lights that were enhanced by the thick slabs of fog only added to the intensity of the show. It was pretty epic. I’m certain I probably missed at least a few great sets. Unfortunately, I just can’t make it to everything.

Lincoln Calling wasn’t the only major musical event to roll through the Heartland either, there were also some hard-rocking shows earlier in the month.

Wolfmother’s set at the Waiting Room was an absolute hoot. Lead singer Andrew Stockdale looks virtually identical to how he did 12 years ago when the band released its debut album in America — baggy t-shirt, skinny jeans, Chelsea boots, and a giant plume of voluminous, chestnut curls (albeit flecked with a touch of grey, just like his beard).

Stockdale and company ran through a set of modern hard-rock favorites, including “Woman” and “Joker and the Thief,” with a few of songs from Stockdale’s newly-released solo album, Slipstream. While the former songs were certainly the crowd-pleasers, it was the latter tunes that flashed Stockdale’s promise as an artist with staying power, or, at least why I’ll continue to listen to him.

Metallica stopped by Lincoln for a towering set of classics at the Pinnacle Bank Arena. There were flames, there were lights, video cubes dangling from the ceiling, and even drones flying over the band. Thirty-five years after the release of their debut album Kill ‘Em All, the band still sound incredibly sharp. They shredded their way through tunes like “Hit the Lights” and “Seek and Destroy” from their aforementioned debut, terrorized younger members of the audience with the proggy stomp of songs from Ride the Lightning, and even won the audience over with new material from Hardwired… to Self-Destruct.

There are also a pair of new releases this month that are definitely worth checking out. First, Jacob James Williams and Magu released a six-song EP — three from each artist — titled ‘Tickled Pink.’ Magu starts off the EP with a mix of trebly lounge rock that often ends in horn exploration from Sam Kalhorn and Cameron Thelander, the group’s trumpet player and saxophonist respectively. Jacob James Wilton’s side of the record is a bit stranger. There’s a heavy amount of flange used on the tracks and some genuinely strange choices when it came to recording the vocals. It is, however, an engaging listen if nothing else.

Houma, an Omaha hardcore three-piece made up of drums, bass, and vocals, also put out a six-song record. The album, titled Irregular, is sinister. The bass sounds sludgy, the drums crash, and with titles like “Raw” and “Lifeless and Heavy,” you can probably guess the lyrical content isn’t on the sunnier side. Not the most uplifting way to end, I know, but hey, it’s the end of summer and I think we’re all feeling a little blue.